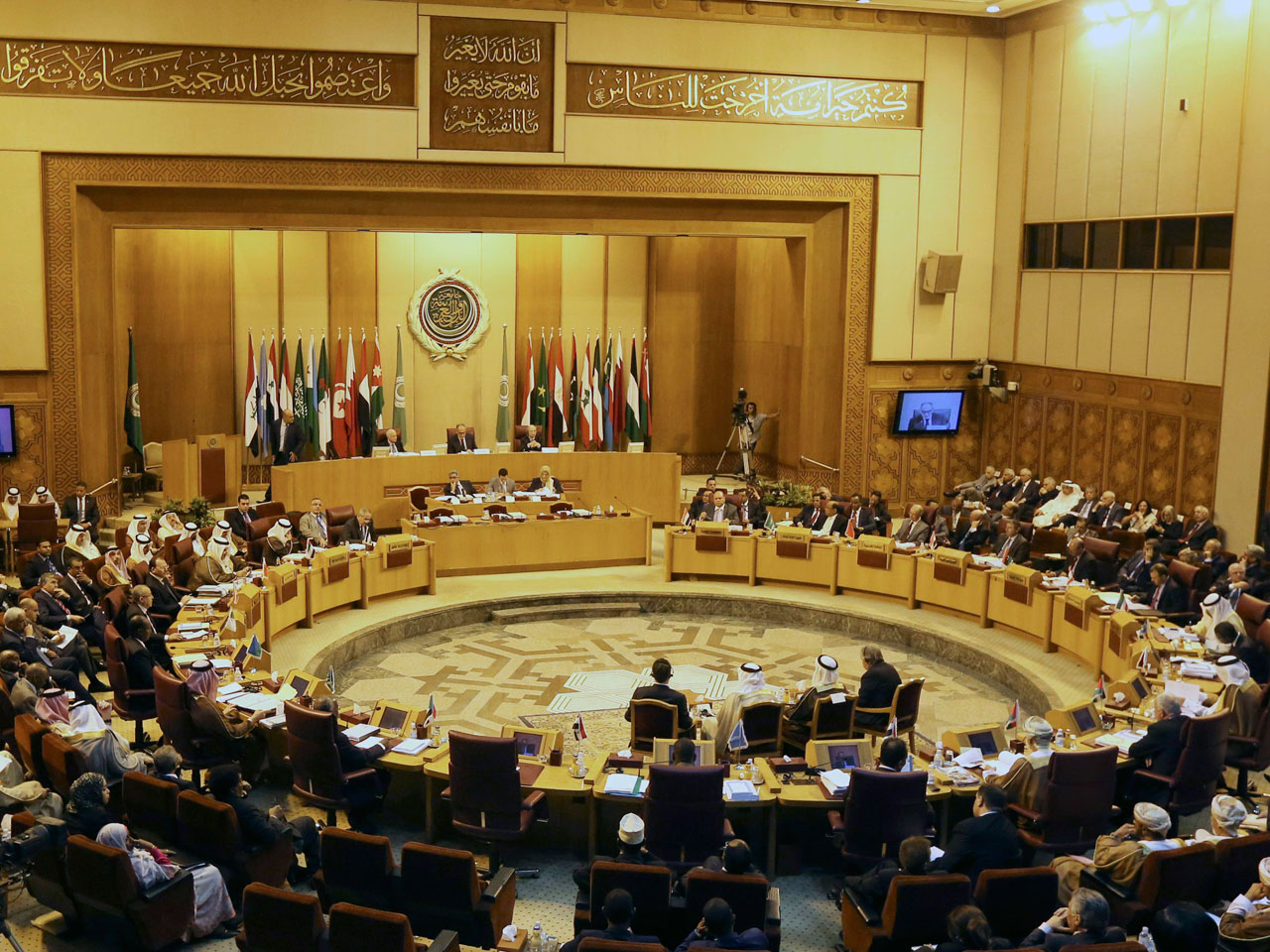 BAGHDAD - The Arab League agreed Monday to take urgent measures to combat extremists like the Islamic State of Iraq and Syria as one of its suicide bombers killed 16 people at a meeting of Sunni tribal fighters and security troops in Iraq.

The resolution, issued after late-night meetings of Arab foreign ministers a day earlier during the Arab League summit in Cairo, doesn't explicitly back American military action against the group. U.S. President Barack Obama is seeking an international coalition to challenge the Islamic State of Iraq and Syria (ISIS, also known as ISIL) and is expected to outline his plan Wednesday to the American people.

But the resolution, issued as a separate statement from a comprehensive one dealing with Arab affairs, reflected a new sense of urgency among the 22-member states to challenge the militant group that has seized large swaths of territories in Iraq and Syria.

The resolution calls for immediate measures to combat the group on the political, defense, security and legal levels. It didn't elaborate.

The resolution also backed the United Nations resolution issued last month that imposed sanctions on a number of the group's fighters and called on countries to adopt measures to combat terrorism. The council resolution was adopted under Chapter 7 of the U.N. Charter, meaning it can be militarily enforced.

U.S. Secretary of State John Kerry will travel to the region this week to discuss details of the coming U.S. policy.

Kerry is expected to visit Jordan and Saudi Arabia, State Department spokesperson Jen Psaki said Monday, where he "will hold bilateral meetings with counterparts to discuss regional issues and the current situation in Iraq."

Mustafa Alani, the director of the security and defense department at the Gulf Research Center in Geneva, said the resolution shows Arab countries remain uncertain about the U.S. policy regarding ISIS. He said they also worry about the U.S. taking a selective approach to handling the issue by choosing to single out Iraq for action but not addressing the turmoil in Syria.

"There will be no signing on a white paper," Alani said. Arabs are looking for "equal efforts in changing the situation in Syria. Without it, it is a lost war."

Former Deputy CIA Director Mike Morell told "CBS This Morning" that the U.S. going on offense against ISIS likely will mean "taking away their territory and going after their leadership" both in Iraq and Syria.

Morell added that "Syria is the tricky part here," because the best option for the U.S. is "doubling down on the moderate opposition" to fight both ISIS and the Assad regime.

So far, the U.S. has been hesitant to provide moderate Syrian opposition groups with more than humanitarian and basic communication aid. The chaos of Syria's multi-sided civil war has left the Obama administration hesitant to do more than that. Complicating matters is the fact that the moderate opposition in Syria has lost a lot of ground recently to both Assad troops, ISIS forces, as well as other jihadist groups.

Going after ISIS, however, will force a change in U.S. approach, Morell said.

ISIS, which broke away from al Qaeda, has declared a proto-state straddling the border of Iraq and Syria. Saudi Arabia and other countries in the region have been critical of the U.S.' reluctance of entering the Syrian civil war- in which Iran, a major non-Arab rival to the region, has been a main backer of the government of President Bashar Assad.

The Saudi government said after its weekly Cabinet meeting Monday that it supports the "firm" Arab League position.

Iraq is in the midst of an unprecedented crisis after ISIS' offensive, which included militants committing beheadings and mass killings while targeting minorities in the country.

In Monday's attack, the bomber drove an explosives-laden Humvee, apparently seized from the Iraqi military, into the gathering of a major Sunni tribe, the Jabour, and security forces in Duluiyah, some 45 miles north of Baghdad, a police officer said.

The explosion killed 16 and wounded at least 55 people, the officer said. A health official confirmed the casualties. Both officials spoke on condition of anonymity because they were not authorized to talk to journalists.

The town of Duluiyah briefly fell to the Sunni-dominated ISIS for a few days in July but the Jabour tribesmen, who have aligned themselves with the Iraqi forces in the battle against the extremists, took it back.

After the suicide bombing, militants crossed a small river on Duluiyah's outskirts and attacked the town, setting off fierce clashes.

In an online statement, ISIS claimed responsibility for Monday's attack, saying two Saudi suicide bombers had targeted a police building and the gathering of Sunni militiamen. The authenticity of the statement could not be independently verified, but it was posted on a Twitter account frequently used by the militant group. Iraqi officials confirmed only one suicide attack.

The rampage by ISIS fighters has become Iraq's worst crisis since the 2011 withdrawal of U.S. troops. Iraqi security forces and Shiite militias have been fighting against the militants with assistance from U.S. airstrikes, which contributed to some progress on the ground.

After U.S. airstrikes, Iraqi security forces on Monday retook the Anbar provincial town of Barwana, across the Euphrates River from the town of Haditha, about 140 miles northwest of Baghdad.

Meanwhile, parliament was scheduled to vote Monday on a new government, a key step in facing ISIS. But it was still unclear whether the session would go ahead as planned since political rivals continued negotiating on the proposed lineup for Cabinet by Prime Minister-designate Haider al-Abadi.

Inside the fight to save an American cemetery and the secrets it holds
Thanks for reading CBS NEWS.
Create your free account or log in
for more features.
View CBS News In
CBS News App Open
Chrome Safari Continue
Be the first to know
Get browser notifications for breaking news, live events, and exclusive reporting.