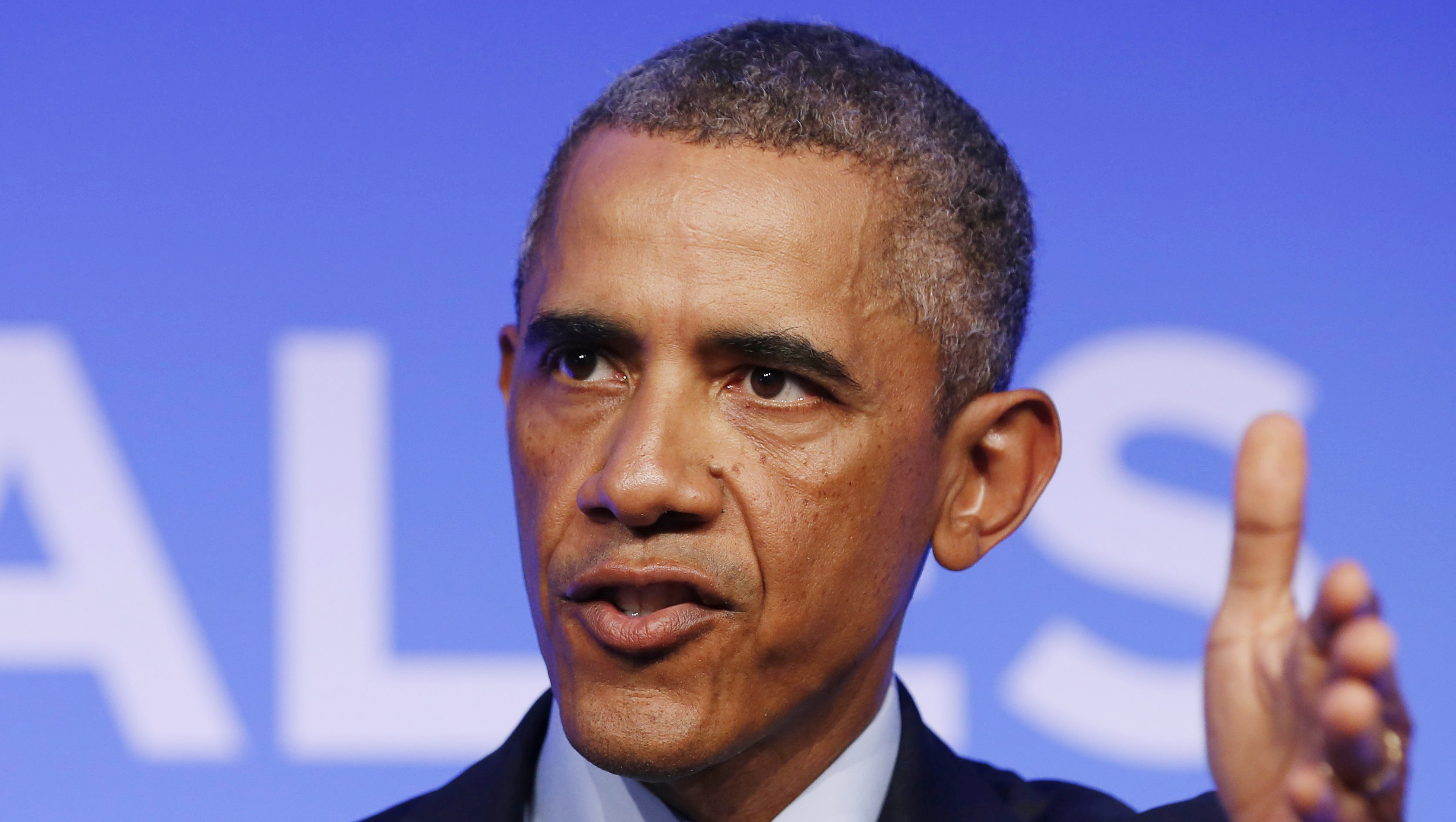 As President Obama prepares to speak to the nation about his plans to confront Islamic militants in Iraq and Syria, the White House is offering little detail about what new strategy he might share.

That includes whether or not the president will even have new information for the American people beyond what he has offered in several remarks and interviews in which he has addressed the Islamic State of Iraq and Syria (ISIS).

"I wouldn't rule out that there might be something new in the speech but the principal goal here is to make sure people understand what the clear stake is here for the American people and our nation," White House Press Secretary John Earnest told reporters Monday.

Mr. Obama revealed an interview Sunday that he will tell the nation about his plans to "hunt down" ISIS in a speech Wednesday, just shy of two weeks after he said "we don't have a strategy yet" to deal with the militant group.

"Over the course of months, we are going to be able to not just blunt the momentum of [ISIS]," the president said on NBC's "Meet the Press. "We are going to systematically degrade their capabilities. We're going to shrink the territory that they control. And ultimately we're going to defeat them."

As for what the U.S. will do to achieve those goals, Earnest said that previous U.S. counterterrorism operations "are a relevant reference point" for how the president might approach ISIS now.

"We've worked very effectively to defeat terrorists who pose a threat to the United States," Earnest said. "In terms of evaluating what the president's chief concern is and what our solution looks like, it is similar to some of the other counterterrorism missions that the president has ordered and have been successfully executed by the United States military and with the support and in conjunction with our allies around the world."

Speaking in a separate press conference, Secretary of State John Kerry said the speech would offer more detail about the "coordinated global strategy against ISIL," using another acronym for the group.

"As we build this coalition I want to underscore that almost every single country on earth has a role to play in eliminating the ISIL threat and the evil that it represents," Kerry said. He will travel to the Middle East Tuesday to work on building an international coalition.

Kerry said other nations will have a range of opportunities to help, from providing military assistance to those battling ISIS on the ground to cutting off funding for the group.

Beyond outlining a strategy, the White House is working to build support for Mr. Obama's actions on Capitol Hill. The president will meet with House Speaker John Boehner, R-Ohio, House Minority Leader Nancy Pelosi, D-Calif., Senate Majority Leader Harry Reid, D-Nev., and Senate Minority Leader Mitch McConnell, R-Ky., Tuesday. On Wednesday, administration officials plan to brief senators, and will do the same with members of the House on Thursday.

Mr. Obama said that he believes he has the authority he needs to combat the group, a fact Earnest highlighted Monday. But he acknowledged that it will be important to build support from lawmakers on Capitol Hill.

"The president is committed to intensive consultation between the administration and Congress as we consider some of these very difficult and very high stakes questions," Earnest said. "The president is interested in their buy in."

He said it is "hard to talk in very specific terms" about what the administration will want from Congress - whether that is a vote in support of the president's actions, or authorization for more aggressive action in the Middle East - until Mr. Obama reveals exactly what he plans to do.

Congressional support for air strikes in Syria has grown, and on Monday two of the GOP's more hawkish members, Sens. Johnny Isakson, R-Ga., and Lindsey Graham, R-S.C., told the Washington Post that U.S. Special Operations forces should be part a U.S. campaign against ISIS both in the air and on the ground.

"Air power alone won't be enough," Isakson told the Post. "We need to put together a wide-ranging coalition and have our Special Forces support it.

But Mr. Obama has outright rejected putting U.S. combat troops on the ground in Syria, saying Sunday that would be a "profound mistake."

The question of whether he will order airstrikes in Syria has not been resolved.

"What the president has said and he said this again in the interview that he conducted over the weekend is his willingness to go wherever is necessary to strike those who are threatening Americans and that has been true in a range of other circumstances," Earnest said.