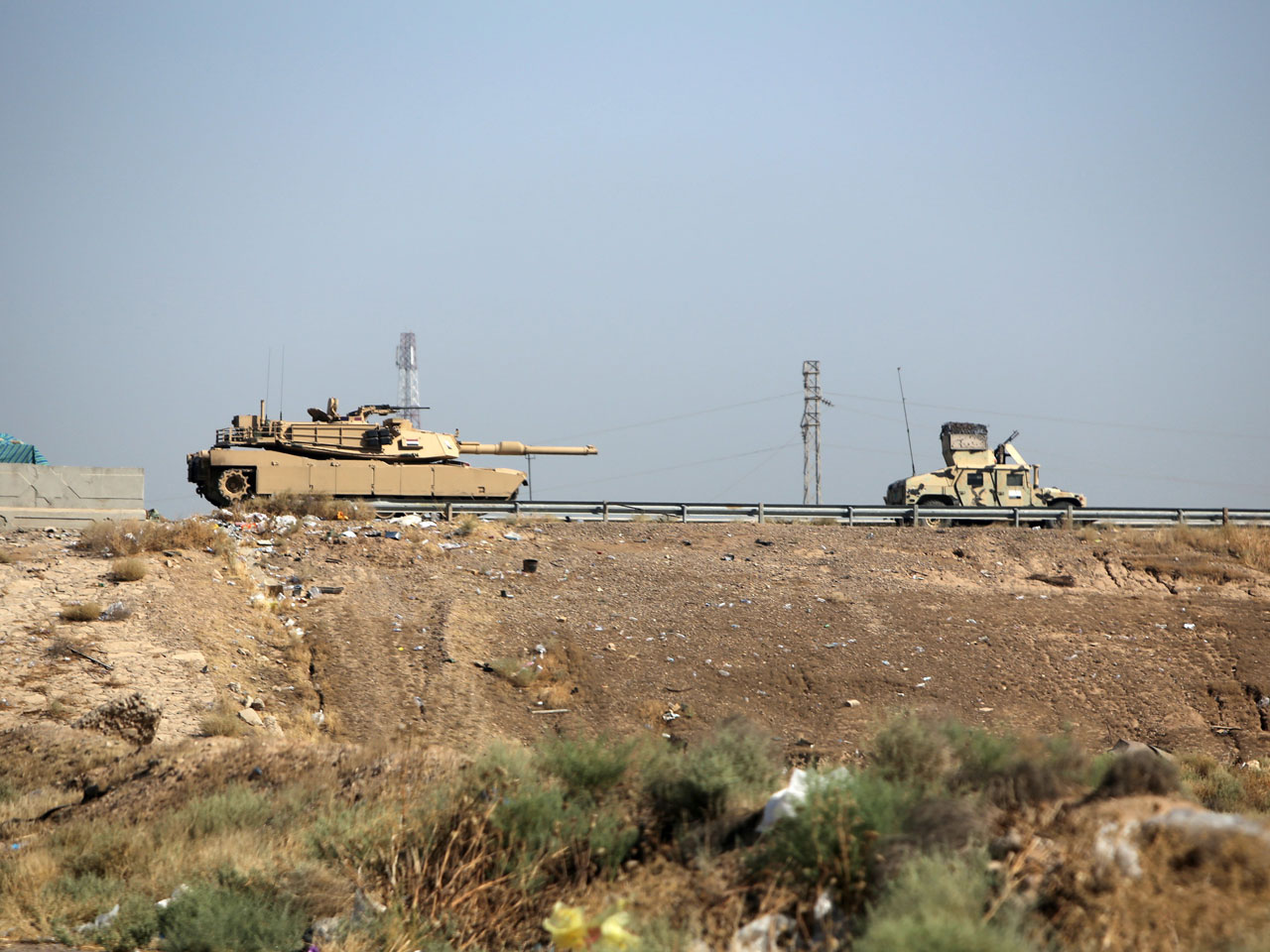 TBILISI, Georgia - The U.S. military said Sunday it launched airstrikes around Haditha Dam in western Iraq, targeting Islamic State of Iraq and Syria insurgents there for the first time in a move to prevent the group from capturing the vital dam.

The strikes represented a broadening of the U.S. campaign against the Islamic State of Iraq and Syria (ISIS, also known as ISIL) militants, moving the military operations closer to the border of Syria, where the group also has been operating.

Speaking in Georgia where he's meeting with government and defense officials, U.S. Defense Secretary Chuck Hagel said that if the dam were to fall into the militant's hands "or if that dam would be destroyed, the damage that that would cause would be very significant and it would put a significant additional and big risk into the mix in Iraq" including U.S. interests there.

Additionally, Kirby said that if ISIS were to release a flood from the dam, it would "go all the way down to Baghdad, particularly the airport, where we have personnel and facilities"

Def. Sec. Hagel rejected the suggestion that the Haditha strikes opened up a new front in the war against ISIS or that it represented an escalation of the U.S. military operations. He spoke at a press conference with Georgia Defense Minister Irakli Alasania.

Alasania, meanwhile, said Georgia expects to provide some assistance in the campaign against ISIS, saying that training and doing military exercises with the Iraqi forces are "things that come to our mind." He said Georgia can play a supporting role and plans to discuss the matter further.

U.S. officials said that while the Anbar Province dam remains in control of the Iraqis, the U.S. offensive was an effort to beat back militants who have been trying to take over key dams across the country, including the Haditha complex.

Hagel said the Iraqi government had asked the U.S. to launch the airstrikes and that Iraqi forces on the ground conceived the operation.

"The dam is a critically important facility for Iraq," Hagel said, adding that the U.S. is continuing to explore all options for expanding the battle against ISIS into Syria.

Hagel spoke after a meeting with Alasania, the first of several sessions with government leaders. His visit comes on the heels of the two-day NATO summit in Wales.

"We conducted these strikes to prevent terrorists from further threatening the security of the dam, which remains under control of Iraqi Security Forces, with support from Sunni tribes," Pentagon Press Secretary Rear Admiral John Kirby said in a statement.

The dam is a major source of water and electrical power.

"We will continue to conduct operations as needed in support of the Iraqi Security Forces and the Sunni tribes, working with those forces securing Haditha Dam," Kirby said.

Last month ISIS fighters were battling to capture the Haditha Dam, which has six power generators located alongside Iraq's second-largest reservoir. But, despite their attacks, Iraqi forces there backed up by local Sunni tribes have been able to hold them off.

The group was able to take control of the Mosul Dam in northern Iraq last month, but persistent U.S. airstrikes dislodged the militants. And while fighters have been trying to take it back, the U.S. has continued to use strikes to keep them at bay.

The military said Sunday it had also launched a fresh air attack against militants near the Mosul Dam.

U.S. officials have expressed concerns that militants could flood Baghdad and other large swaths of the country if they control the dams. It also would give the group control over electricity, which they could use to strengthen their control over residents.

Earlier this year, the group gained control of the Fallujah Dam on the Euphrates River and the militants used it as a weapon, opening it to flood downriver when government forces moved in on the city.

Water is a precious commodity in Iraq, a largely desert country of 32.5 million people. The decline of water levels in the Euphrates over recent years has led to electricity shortages in towns south of Baghdad, where steam-powered generators depend entirely on water levels.

On Friday and Saturday, the U.S. used a mix of attack aircraft, fighter jets and drones to conduct two airstrikes around Irbil. The strikes hit trucks and armored vehicles. Those operations brought the total number of airstrikes to 133 since early August.

The airstrikes are aimed at protecting U.S. personnel and facilities, as well protecting critical infrastructure and aiding refugees fleeing the militants.