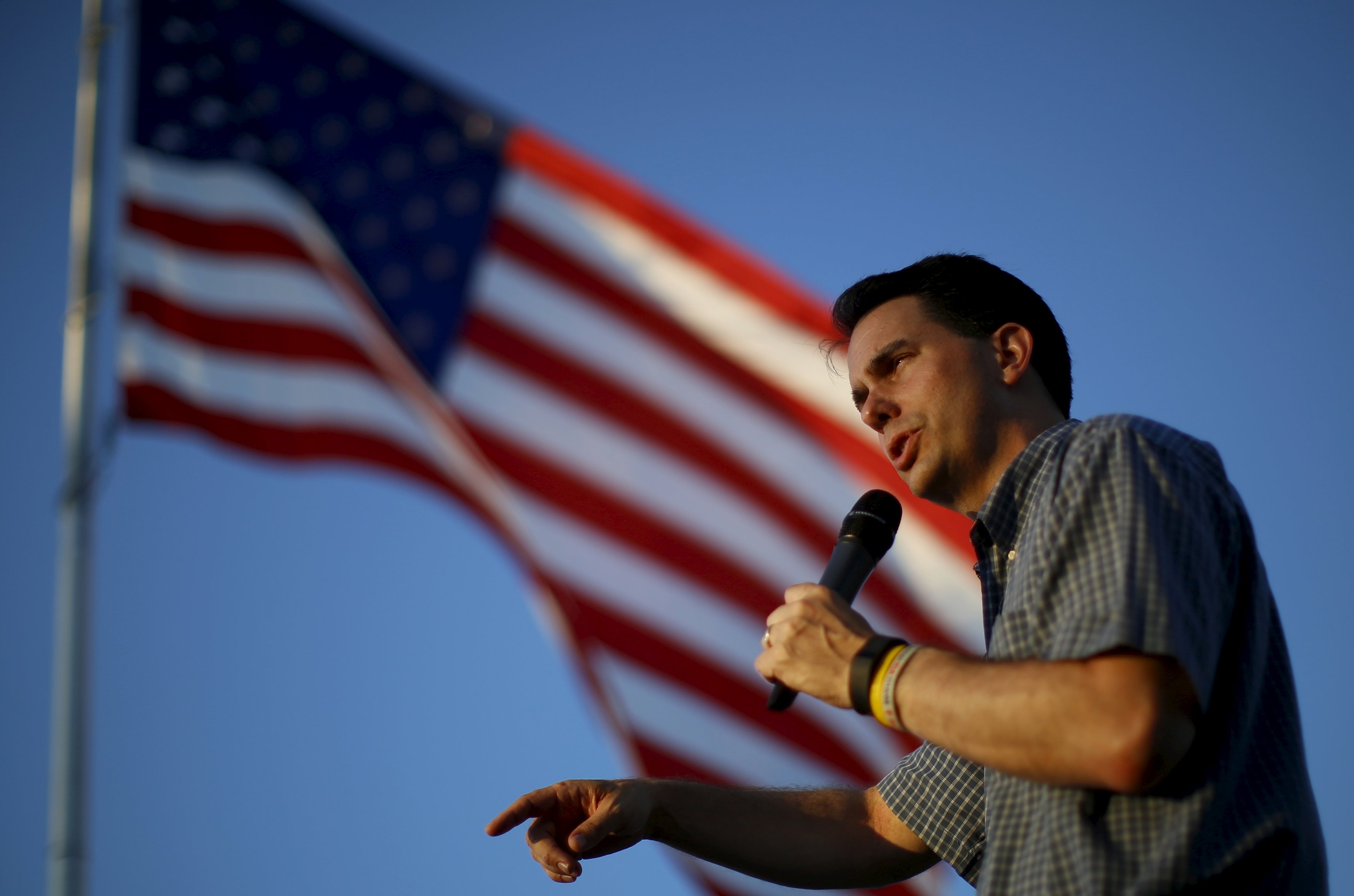 March Madness is about to get a whole new meaning in North Carolina come next year.

With two Floridians, two Texans and an Ohio governor in the Republican presidential race, three delegate-rich presidential primary states might be left uncontested by the rest of the expansive GOP field.

What's a candidate looking for a big early win to do? Head toward Tobacco Road.

North Carolina state legislators voted this week to hold the state's 2016 primary on March 15 of next year, bringing to a close a lengthy squabble over when to hold the primary. But the change also has serious implications for the huge field of Republican presidential candidates as they draw up their nomination roadmaps. North Carolina has in recent years held its primary in May, and by May, the nominee is usually a foregone conclusion. There hasn't been a competitive Republican primary in May in 40 years.

But assuming there is no clear nominee by early March, "There is real opportunity here," said State Sen. Andrew Brock, a co-sponsor of the bill moving the primary to March. "You can win with 15 or 16 percent of the vote. You're going to have to run a campaign. And it doesn't benefit one candidate or another in this race who is looking in our state."

March is full of big primary states packed with delegates, but three of the biggest have hometown candidates that could take those states off the map: Ohio's governor John Kasich just joined the race, Florida has Jeb Bush and Marco Rubio, and Texas has Rick Perry and Ted Cruz all claiming support back home.

That leaves North Carolina as the biggest primary prize in March: 72 delegates will be at stake in a winner-take-all contest.

Republican candidates are taking notice. Supporters of Scott Walker and Rand Paul have been jockeying behind the scenes for months to establish a North Carolina primary date that favors their preferred candidate. While Paul supporters weren't banking on the Kentucky senator winning the state, they had hoped to make the state's primary proportional, giving him a chance to nab some of its delegates.

Walker has greater ambitions for North Carolina, too. The Wisconsin Governor made a detour last month to address the North Carolina GOP convention in Raleigh, and he was slated to make a second trip this weekend before canceling his plans to attend the funeral of one of the Marines slain in last week's Chattanooga shootings.

Sources told CBS News that the Walker campaign also made it known to allies in the state legislature -- namely state Sen. Bob Rucho, a powerful state Republican -- that a March 15 winner-take-all contest would be its preference. According to one source, Walker "put the squeeze" on Rucho to make North Carolina an early winner-take-all primary.

"The 15th was communicated to Senator Rucho as the preferred date by the Walker campaign," said another GOP source involved in the maneuvering. "If you're Walker, you're not going to go to Florida - why would you spend money there? You got Kasich's Ohio on the same day. You're not going to put a lot of resources there. North Carolina is a big fish."

Moving the primary to March marked a change of heart for Rucho, who was locked in a dispute earlier this year with national Republican officials over his desire to move the primary to February - showcasing the state early in the nomination process. But that would have been in flagrant violation of Republican National Committee rules protecting February for the first four voting states: Iowa, New Hampshire, South Carolina and Nevada.

Though multiple North Carolina Republicans said Rucho has been pulling the strings for Walker behind the scenes, Rucho denies being an outright supporter of the governor, despite heaping praise on him.

"I was very pleased to watch and see Governor Walker and see the message he put out," Rucho told CBS News, praising Walker's conservative record in Wisconsin. "My feeling is lot of people can talk about what they would like to do, but very few of them can actually achieve it."

North Carolina might seem an unusual cultural fit for the Wisconsin governor as he plots his nomination strategy, but Republicans in the state say his appeal is rooted in his tough-minded approach to the slashing the state budget in Madison.

Former North Carolina GOP Chairman Claude Pope, who has supported changing the date of North Carolina's primary, told CBS News that the state is thrilled to have a chance at the national spotlight once again, pointing to Ronald Reagan's North Carolina upset over Gerald Ford in 1976.

"He had not yet won a state at all during 1976, and he was primarying a sitting president," Pope told CBS News. "So he kept losing and losing and it wasn't until he won North Carolina and got enough momentum. Not enough to get the nomination - but enough to make a significant impact and that propelled him to set up the stage for a win in 1980."