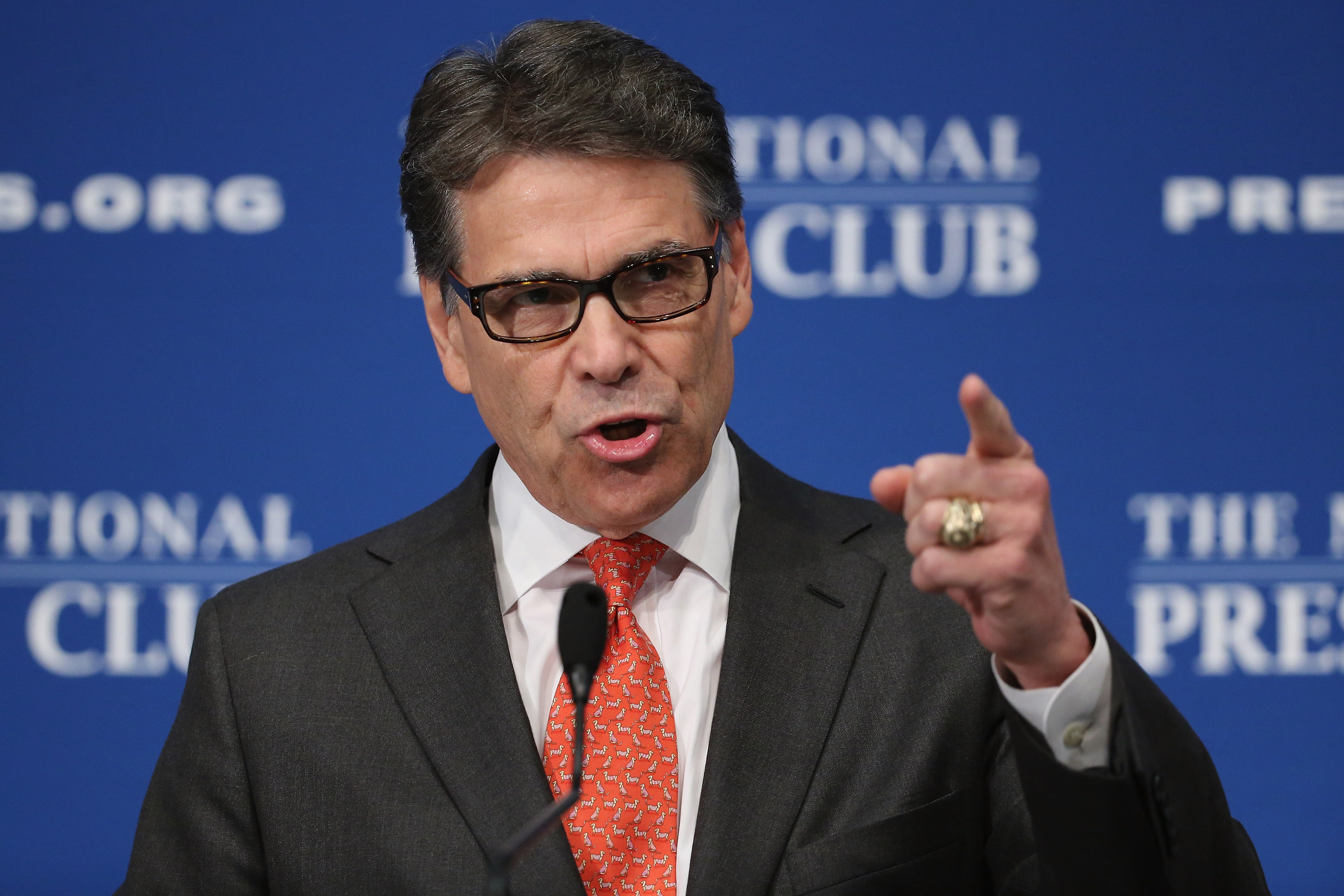 Washington -- Former Texas Governor Rick Perry said Thursday that Republicans have lost their "moral legitimacy as the party of Lincoln" after having given up on trying to win the support of African-Americans.

Perry, who declared his presidential bid at the beginning of June, told an audience at the National Press Club that it's time for Republicans to "reclaim our heritage as the only party in our country founded on the principle of freedom for African-Americans." He said Republicans have been "content to lose the black vote," because they could win elections without African-American support.

Recent events, including the deadly June 17 shooting at an historic black church in Charleston and the ensuing debate over the Confederate flag, have sharpened the focus on the issue of race in the presidential campaign. Other candidates for the Republican nomination like former Florida Gov. Jeb Bush and Kentucky Sen. Rand Paul have also argued the GOP needs to do more to reach out to minority communities.

Perry's remarks were described beforehand as focusing on economic opportunity and on laying out his vision for fighting "the cycle of hopelessness and lost opportunity that so many Americans feel trapped in." Perry did address economic policy at length, but he began with a somber reflection on race, describing how Texans still struggle with the 1916 lynching of 17-year-old Jesse Washington in Waco, Texas.

Perry described in detail how Washington, a young black man, was tortured, mutilated, and burned alive before being lynched. He declared that the hundred-year-old incident was an "episode in our history that we cannot ignore. It is an episode we have an obligation to transcend."

Addressing the issue of slavery, Perry argued, "We cannot dismiss the historical legacy of slavery" in causing the problem of black poverty. He said there is a role for government policy to address the lingering effects of slavery because "slavery and segregation were sanctioned by government."

He also cited the election of President Obama as a sign of how far the nation's progress on race, but he argued that the president's policies had failed to lift African Americans out of poverty. "I am proud to live in a country with an African-American President, but President Obama cannot be proud of the fact that the prevalence of black poverty has actually increased under his leadership," Perry said.

The former governor offered Texas' success as a counterpoint, citing the state's increase in African-American high school graduation rates to number one in the nation and its reform of criminal sentencing laws to reduce penalties for non-violent drug crimes.

Outlining his plan to address poverty, Perry proposed to take federal money already spent on fighting poverty and split it into two parts: first, expanding the Earned Income Tax Credit such that anyone who worked would receive a tax credit large enough to lift them above the poverty line; and second, providing block grants that states could use at their discretion.

Perry said Thursday that Trump's remarks do not "reflect the Republican Party." Later, on Fox News, Perry added, "I think that was huge error on his part and, number one, it's wrong. When I think about the Hispanic in Texas, and I think about the individuals who have paid a great price, whether [they] were Tejanos at the Alamo in 1836 or whether it's been as late as the last wars that we've had with Hispanics being killed for America."