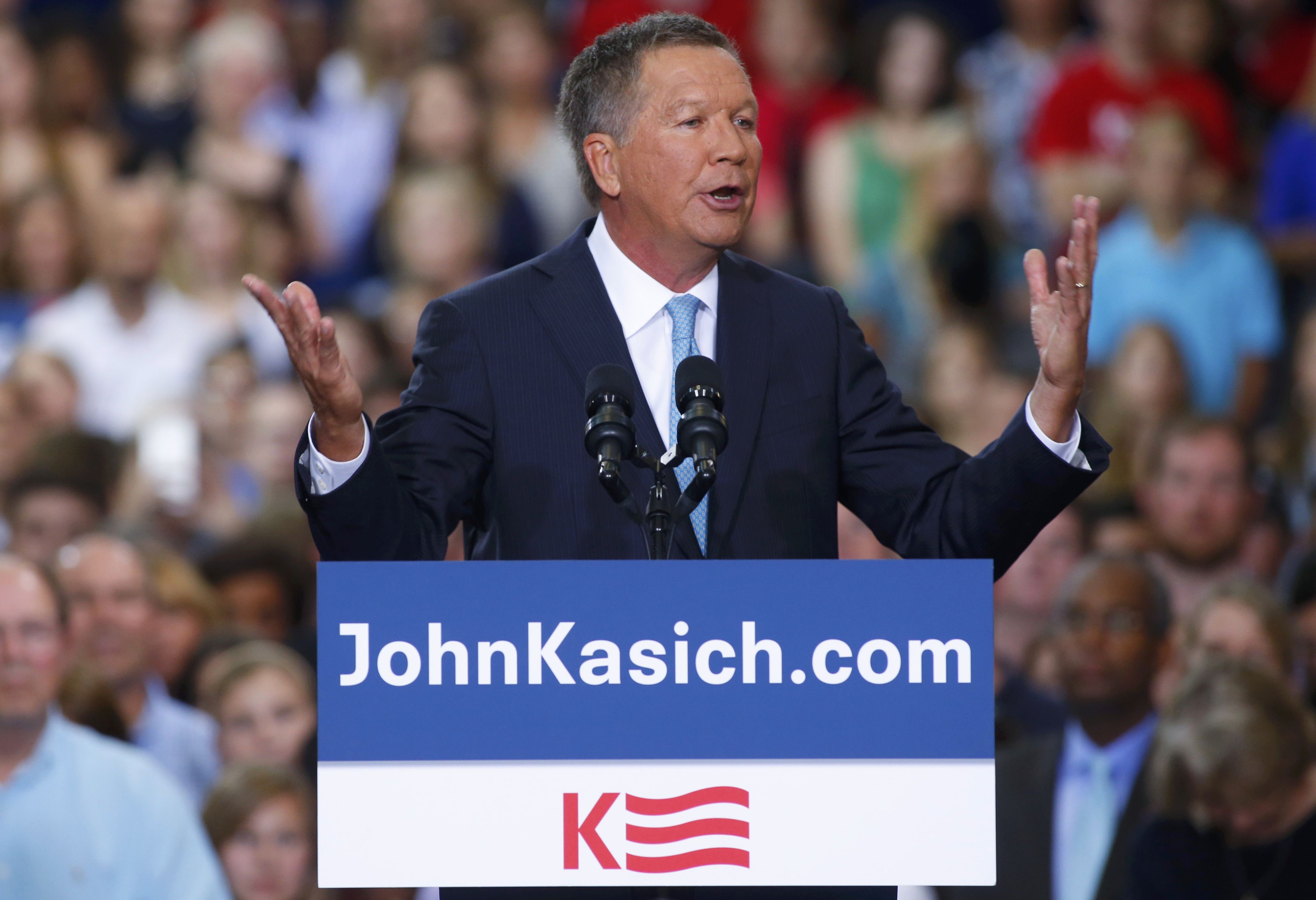 Ohio Gov. John Kasich officially became the 16 Republican to enter the 2016 presidential race Tuesday as he announced his candidacy in his home state.

"I am here to ask you for your prayers, for your support for your efforts because I have decided to run for president of the United States," Kasich told the audience, speaking at his alma mater, Ohio State University. "I have the experience and the testing which shapes you and prepares you for the most important job in the world."

Kasich delivered his announcement speech -- a mix of stories from his life and proclamations about fixing the country -- without a teleprompter or prepared remarks on a stage in the middle of the crowd.

He won re-election to his second term as Ohio governor in a landslide last year and will be campaigning as the top executive of a major state who not only engineered its economic turnaround, but also as someone with decades of experience balancing budgets, dealing with national security issues and working across party lines. Kasich will argue on the trail that he's the only one in the field who's done all of that.

During the announcement, he talked about both his experience balancing budgets for the federal and Ohio governments, and the 18 years he spent on the armed services committee.

Still, Kasich is entering the race at a time when he's virtually unknown nationally. His poll numbers are so low that he risks not being invited to the first GOP debate on Aug. 6. With his late announcement, he has little time to improve his standing to make the cut imposed by Fox News, the sponsor of the debate.

This is Kasich's second bid for the presidency. After his failed 2000 presidential race, he returned to Ohio and worked as a managing director for Lehman Brothers until the bank collapsed in 2008. In 2010, he was elected governor of Ohio, and despite a rocky first term in which he tried and failed to slash the bargaining power of public sector unions, was ultimately reelected in 2014 with more than 60 percent of the vote.

In his second term, he agreed to accept federal money to expand Medicaid as part of Obamacare over the objections of Ohio's Republican-dominated legislature. It is a decision he has consistently defended, and he asked voters to understand his rationale.

"The Lord wants our hearts to reach out to those who don't have what we have," Kasich said. "That shouldn't be hard for America, that's who we are. Empathy. Don't be so quick too judge."

It will be an uphill climb for the Ohio governor, who's in the three percent range in national polls. But he does bring three distinct advantages to the race: he'll be the most popular sitting governor running, with a 60-percent approval rating in his state, a June Quinnipiac poll says, a presidential operation with more than $11 million in the bank, and a long resume that includes nearly 20 years in Congress, the statehouse in Ohio and time in the private sector.

From Ohio, Kasich goes straight to New Hampshire for a three-day campaign swing.