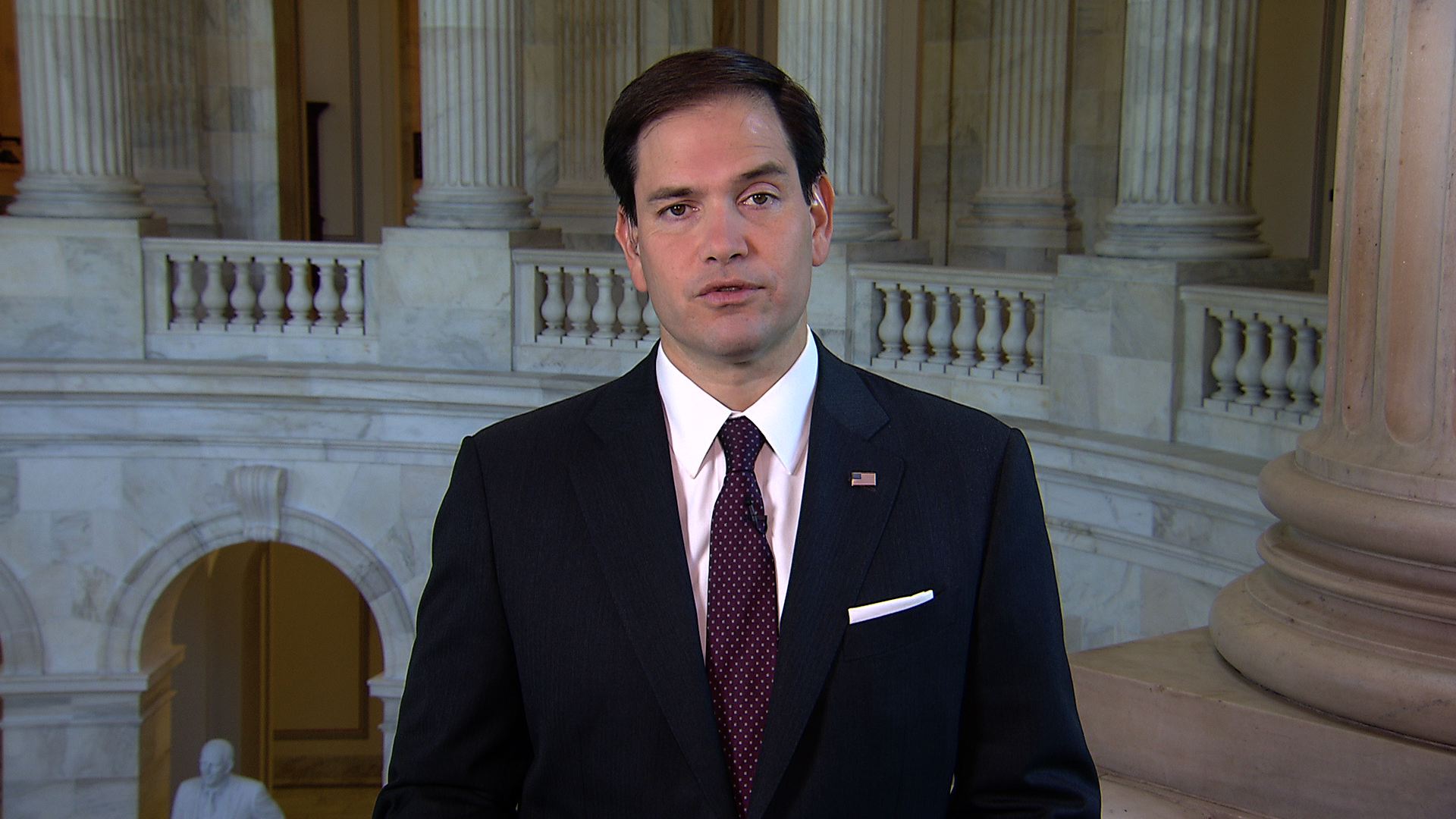 Republican presidential candidate and Florida Sen. Marco Rubio denounced the Iran nuclear deal Friday, predicting that the majority of Congress will vote to shut it down.

"There's no doubt the majority of members of congress are going to vote against this agreement," Rubio told "CBS This Morning" early Friday. "The question is whether or not enough Democrats will join in this effort. Otherwise the president will veto whatever we do and it will go into play."

Congress has sixty days from the conclusion of the negotiations to assess the deal's terms before voting to approve, disapprove or do nothing about it. Lawmakers can't stop the U.S. from enacting the agreement completely. But with a vote of disapproval, they can block the president from lifting some of the toughest sanctions against key sectors of Iran's economy that were implemented by Congress.

Rubio is aiming to do just that, saying that the negotiations should have kept the sanctions in place, if not increased them.

"Moving forward the the only option we have is to reimpose the American sanctions," the Florida Republican said. "And give Iran a very clear choice: you can have an economy or you can have a weapons program, but you will not be able to have both."

Secretary of State John Kerry testified in front of Congress Thursday to defend the nuclear accord. Contrary to Republican calls to renegotiate a more ideal nuclear agreement, Kerry said the notion of a better Iran deal was a "unicorn arrangement."

On Friday, Rubio fired back at Kerry, saying that the fantasy instead was "believing that they're even going to live to the accord."

"This is a country that has a long history - at least the leaders of Iran do - of violating agreements and of always having a secret nuclear program," Rubio added.

The Republican contender for the White House also took a shot at Democratic opponent Hillary Clinton, who could face a criminal probe over the use of her private email account and whether sensitive government information was mishandled.

"I have deep concerns about the use of those emails because they contained sensitive information of the United States government and the way we do business on a diplomatic front," Rubio said. "But even more concerning is the constant drama that surrounds anything Clinton."

Rubio also weighed in on the real estate magnate Donald Trump, who has been dominating news coverage lately with his comments deriding John McCain's war record. The Florida senator said he didn't believe his fellow Republican presidential candidate would be a problem for his party in the "long term."

"Donald Trump is not going to be the nominee of the Republican party. This happens in these presidential races. These polls swing up and down," Rubio said. "These polls at this point basically are measuring who people are hearing about on the news, and Donald Trump is benefiting from that."