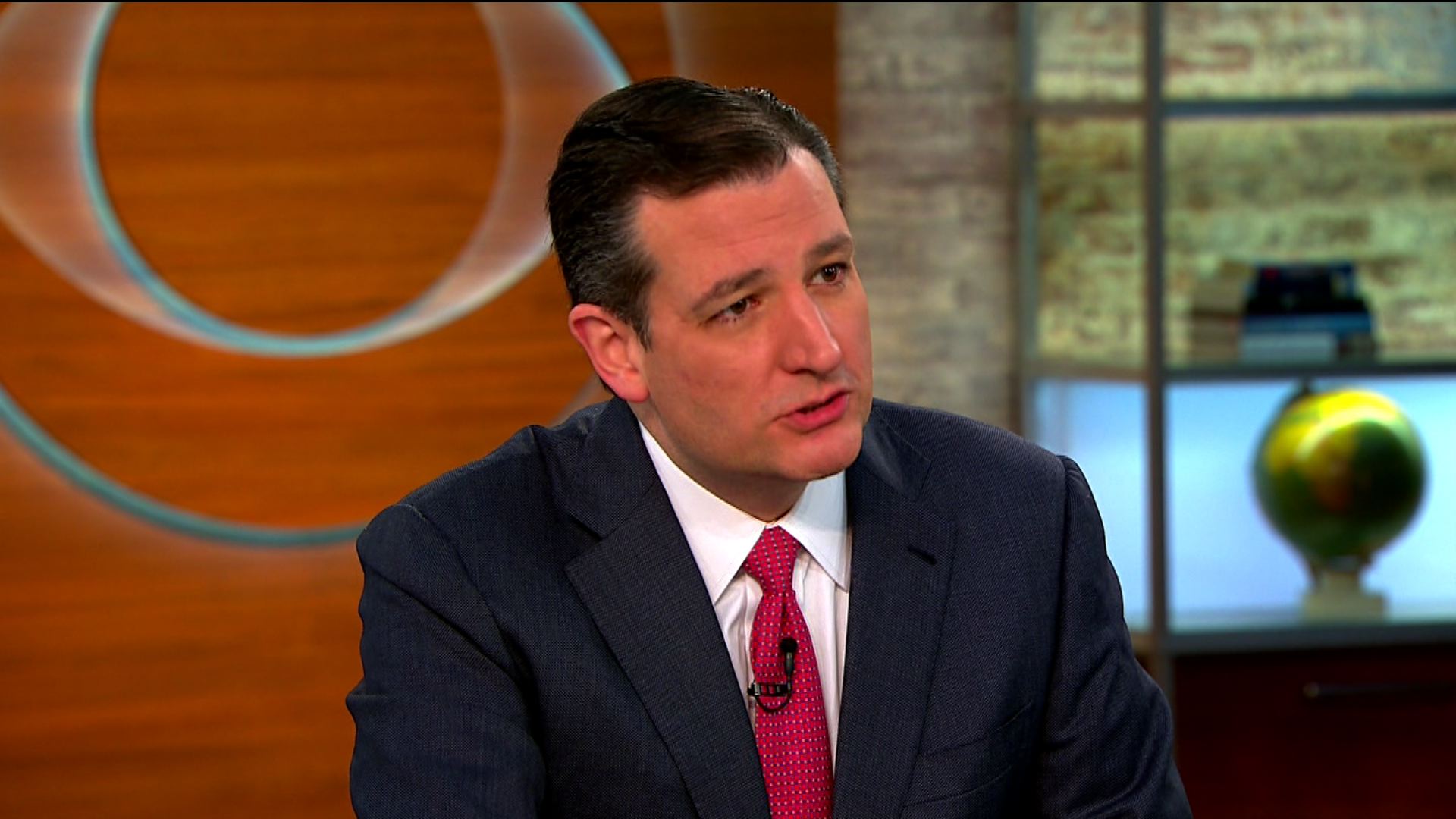 Texas Sen. Ted Cruz has a simple pitch when telling people why he should be president: "I'll tell the truth and I'll do what I said I would do."

Cruz appeared on "CBS This Morning" Tuesday, one day after he became the first major candidate to announce that he will run for president in 2016.

And while he represents one of most conservative Republicans in the expected field of those making a White House bid, Cruz said his campaign won't be all about proving he's the most conservative.

"My plan is to speak the truth and to defend the common-sense conservative values. I think millions of Americans recognize the path we're on, it isn't working, and they're looking for a change that they want to get back to free-market principles," Cruz said. He added that the "basic values" he espouses - living within your means, working not to bankrupt the next generation and following the Constitution - aren't necessarily the most conservative values.

"(It's) only in Washington that those are viewed as radical or extreme propositions," he remarked.

If he becomes the next president, Cruz would face a host of foreign policy challenges, including the rise of the Islamic State of Iraq and Syria (ISIS). He said the U.S. still needs "seriousness" to destroy the group, and must do whatever it takes militarily.

"Part of the problem is that this is debated as political matter in Washington," Cruz said. He argued that a serious strategy could include U.S. boots on the ground, but that the Kurdish Peshmerga forces should be the principle combat group being relied on.

"They're effective. They have been allies of the United States for decades, even though America has not been terribly consistent allies to the Kurds. The Kurds have stood with us," Cruz said. He also said the U.S. should use "overwhelming air power" to defeat ISIS.

Cruz hinted at a broader guiding principle for his foreign policy when addressing why the U.S. should focus its attention on ISIS rather than Syrian President Bashar Assad, who has waged a brutal civil war against hundreds of thousands of people in Syria.

"I think ISIS is the far greater threat," Cruz said. "The touchstone for our foreign policy should be vital U.S. national security interests. Assad is a monster, he is murdering his own people, but I don't believe he poses a clear and present danger to America."

He also talked about how he would replace the Affordable Care Act, a sentiment that is widely shared among the GOP.

"Five years ago, maybe good faith reasonable minds could have differed on whether Obamacare might have worked. At this point, it is the single largest job killer in this country," Cruz said. "We need health insurance reform but reform should expand competition, it should empower you, the consumer and patient, keep the government (from) getting between you and your doctor, and we need health insurance that's personal, that's portable and affordable. I think that's what most people want."