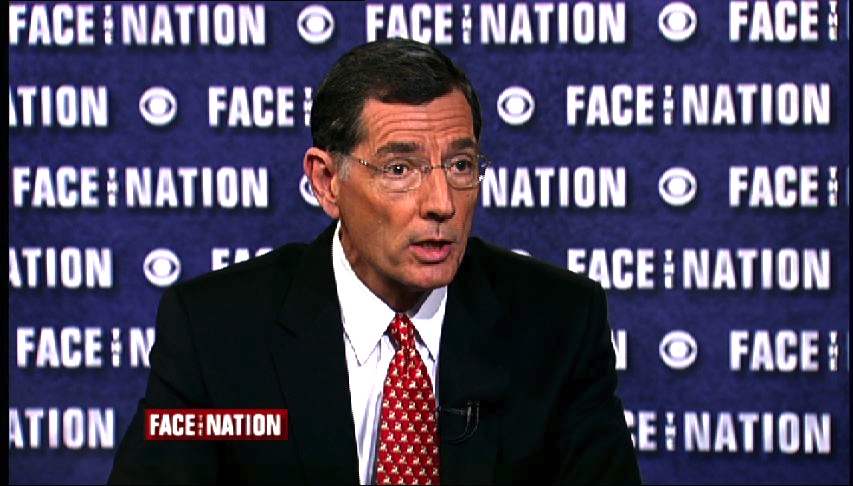 Lawmakers of both parties increasingly say Iraqi Prime Minister Nouri al-Maliki needs to depart from office if there's any chance of a political reconciliation to stabilize the country and curb the growing threat from the Islamic State of Iraq and Syria (ISIS).

Maliki, "really blew his opportunity" for political reconciliation over the past five years, McCaul said, but there may be a chance for a unified government if he steps down.

"I don't think this can happen with Maliki in power. The good news is they have to finalize their government at the end of this month, and I do think the Shias are starting to move towards that direction to a new leader," he said.

Manchin, for his part, predicted that Iraq's Shiite prime minister will not "change his ways," and went so far as to predict that his fall from power could lead to a change in national boundaries within the Middle East.

"The lines that were drawn 100 years ago won't be the lines when it's all finished. And we, for some reason, don't want to accept that," Manchin said.

Barrasso also said it's possible that Iraq breaks into three different states drawn along religious lines, especially because the current destabilization gives the Kurds an opening to establish a long-sought independent area.

"I think it's in the best interest of the United States to have a stable Iraq, but we're not there now," he said.

But policymakers still disagree on whether the U.S. should pursue airstrikes in Iraq to help the government contain and push back on ISIS. McCaul said the U.S. needs to look at "targeted air strikes" against ISIS that would not cause collateral damage to the Sunnis.

"ISIS, remember, is a number one threat to the homeland, the number one national security threat since 9/11," he said. "Core al Qaeda even calls ISIS 'extreme' if that gives you some perspective."

Manchin was more reserved, saying he would support airstrikes only if "there's proof that [ISIS] is going to be a threat to our country."

But, he said, "If military might or money would have solved that problem in that part of the world and we could have made it better, we'd have done it by now. You're not going to change that. They are determined to have a sectarian war, to have a civil war, if you will, and we've got to make sure that we're not drawn into this taking sides because we'll never get out."

"The bottom line is, for us to jump in and try to take sides and put money in there or air strikes or forces right now, not knowing who the friendlies are, and not knowing if any equipment that we send over there will get in the hands of ISIS, all we do is exasperate the problem," he added. "I think the Iraqis have to take care of this themselves. We have spent enough time and effort and money."

Manchin said his main priority is to protect the American Embassy in Baghdad and all U.S. personnel in Iraq. He said the president should consult with Congress on actions, and that there is no appetite among lawmakers for putting combat troops in the country.

Barrasso was not optimistic about the prospect of air strikes, warning that he does not believe the U.S. "should be the air power for Iran coming in on the ground." Nor, he said, should the U.S. negotiate with Iran, who also opposes ISIS' takeover of parts of northern Iraq.

Instead, he advocated for arming the opposition in Syria, where ISIS first began to consolidate power, developing American energy resources, and moving to "stop the clock button on Afghanistan in terms of withdrawing troops from there."

Barrasso criticized the president for not pushing hard enough to keep U.S. troops in Iraq after 2011, which he said was done "to keep a campaign promise.

"When the president came into office in 2009, I think the world was a lot safer than it is now," he said. "We're seeing it, though, around the world. When we, the United States, leaves a vacuum anywhere, that emboldens others to go in. When there is no sense of deterrence by the United States that lets bad actors move and fill the void."