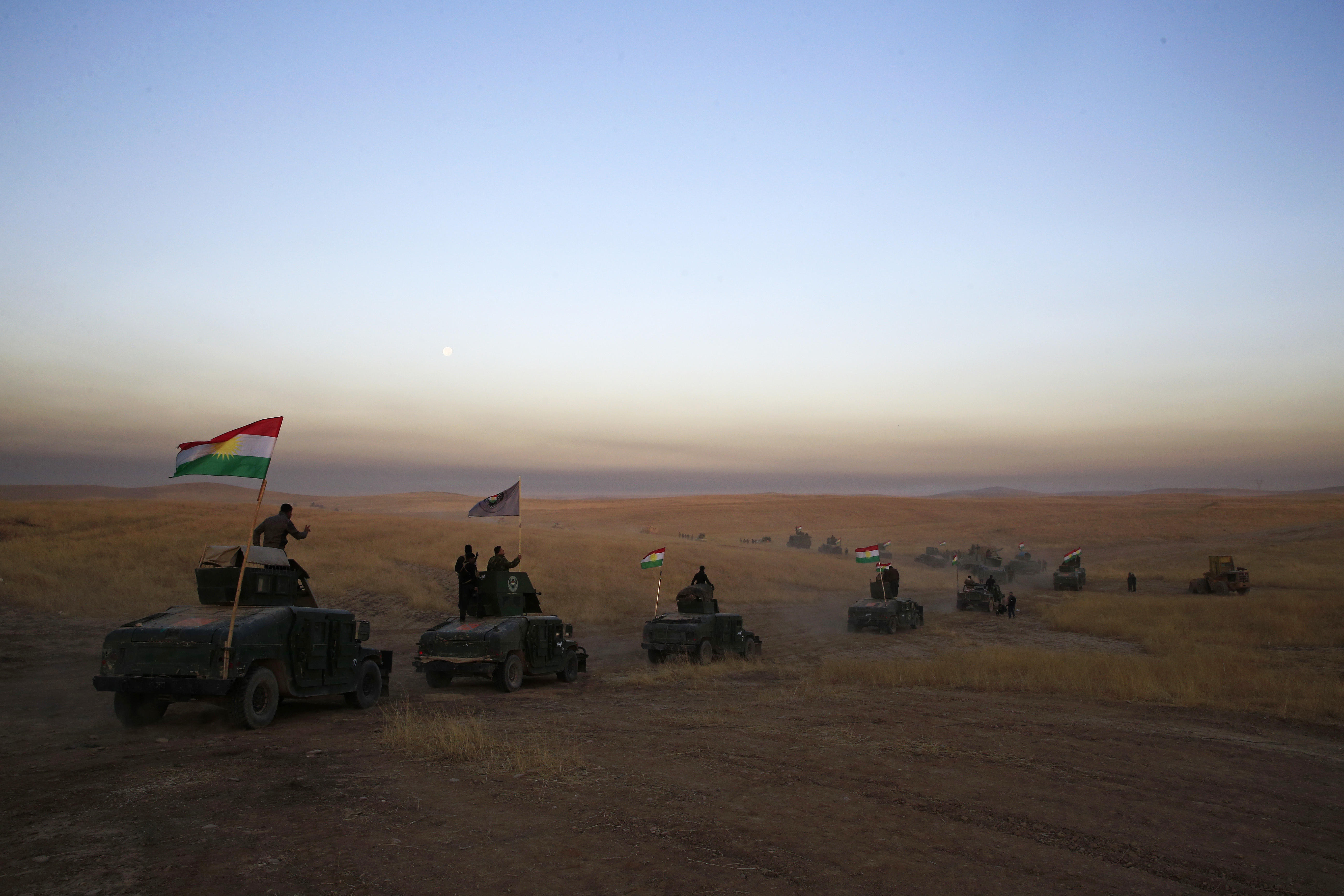 LONDON -- If the tension between Iraqis and Kurds in the country's north truly blows up, Kirkuk will be the fuse.

It's potentially a big problem for American interests in the region; both sides in the long-running argument are key U.S. allies.

Both the Iraqis and the Kurds were instrumental in the defeat of ISIS, and both suffered heavy losses as a result.

When Kurdish Peshmerga forces battled and beat ISIS back in 2014, the territory they took over included Kirkuk. By that time the Iraqi army had infamously fled.

The "Pesh" have been there ever since, much to the dismay of Baghdad.

But when the Kurds voted for their independence in a non-binding referendum last month, the Iraqi government repeated its demand that Kirkuk be handed back. In essence, the Kurdish military presence should withdraw and hand the city back over to Iraqis.

Iraqi Prime Minister Haider al-Abadi has said, repeatedly, that there is no intention of retaking the city by force, saying again this week: "we will not use our army forces against our people or fight a war against our Kurdish citizens"

But on Thursday, the vice president of (semi-autonomous) Kurdistan, Kosrat Rasul, announced the deployment of 6,000 more troops to the region in response to what he called "threats" from the Iraqi government, "including tanks, artillery, Humvees and mortars."

Our sources on the ground say what's triggered the alert had more to do with a redeployment of Iraqi forces in the region.

Around two weeks ago (Oct 5th), the Iraqi military finally defeated remaining ISIS militants in what was the last ISIS stronghold of Hawija, a city not far from Kirkuk.

Having threaded the needle between those two cities myself not long ago, I can attest to the extreme caution we were advised to take traveling anywhere near. Just a couple of months ago, ISIS was everywhere.

That caught the attention of Kurdish forces in the region, which is why the alarm bells began ringing.

It would be premature to call it a standoff. Or even a front line. But it is a military buildup of both Iraqi and Kurdish forces which has left them just lobbing distance from one another -- and all in a country where there are more U.S. troops deployed now than there have been since the U.S. military withdrawal in 2011.

So if tensions between Iraqis and Kurds truly blow up, Kirkuk will be the fuse.