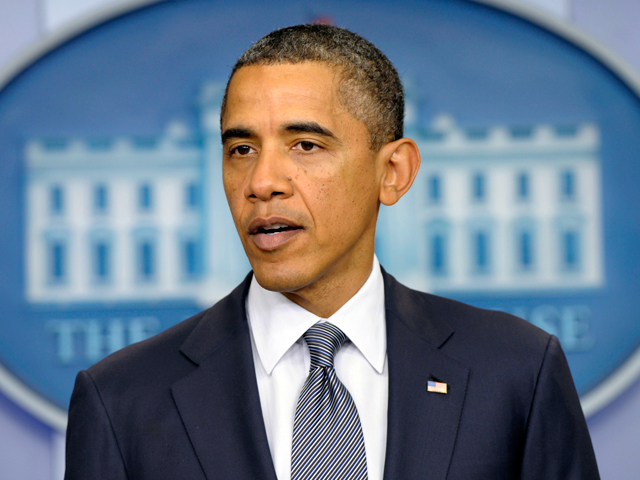 President Obama announced Friday that the United States will withdraw nearly all troops from Iraq by the end of the year, effectively bringing the long and polarizing war in Iraq to an end.

"After nearly 9 years, America's war in Iraq will be over," said Mr. Obama.

He said the last American troops will depart the country by January 1 "with their heads held high, proud of their success, and knowing that the American people stand united in our support for our troops."

"The transition in Afghanistan is moving forward, and our troops are finally coming home," he added, saying in the White House briefing room that U.S. troops "will definitely be home for the holidays."

The war in Iraq has meant the death of more than 4,400 U.S. troops and come at a cost of more than $700 billion. Asked in a briefing following Mr. Obama's remarks if it was worth it, Antony Blinken, National Security Adviser to Vice President Joe Biden, said, "history is going to have to judge."

Iraq: By the numbers

U.S. and Iraqi officials have spent months debating whether to honor a planned December 31 deadline for troop withdrawal, set in 2008, amid concerns that the full withdrawal of U.S. forces could put the country at risk. Many U.S. officials wanted to leave a few thousand military trainers in the country past the end of the year, but, as the Associated Press reported Sunday, "Iraqi leaders have adamantly refused to give U.S. troops immunity from prosecution in Iraqi courts, and the Americans have refused to stay without it."

America has already withdrawn nearly 100,000 troops from Iraq already as part of the current draw-down; nearly 40,000 "non-combat" troops remain. Mr. Obama said Friday that "Iraqis have taken full responsibility for their country's security" and said that the relationship between the United States and Iraq going forward will be one of equals.

"It will be a normal relationship between sovereign nations, an equal partnership based on mutual interest and mutual respect," he said.

Mr. Obama discussed the planned announcement earlier in the day with Iraqi Prime Minister Nouri al-Maliki over secure video conference. He said al-Maliki "spoke of the determination of the Iraqi people to forge their own future," and that the two leaders are "in full agreement about how to move forward."

Mr. Obama said he had invited al-Maliki to the White House in December and vowed that the United States and Iraq will embark on a "strong and enduring partnership."

"As I told Prime Minister Maliki, we will continue discussions on how we might help Iraq train and equip its forces, again, just as we offer training and assistance to countries around the world," said the president. "After all, there will be some difficult days ahead for Iraq and the United States will continue to have an interest in an Iraq that is stable, secure and self-reliant.

Mr. Obama had vowed to end the war in Iraq as a presidential candidate. He spoke out passionately against the war in 2002, though later said the United States had an "absolute obligation" to stay in the country as long as it took to achieve success.

Mr. Obama said the United States will be "moving forward from a position of strength" and that the troop departure "will be a time to reflect on all that we've been through in this war."

"I'll join the American people in paying tribute to the more than 1 million Americans who have served in Iraq," he said. "We'll honor our many wounded warriors and the nearly 4,500 American patriots and their Iraqi and coalition partners who gave their lives to this effort."

Mr. Obama cast the end of the Iraq war in the larger context of a smaller U.S. military presence around the world. "The tide of war is receding," he said, pointing to the start of a troop withdrawal in Afghanistan.

"When I took office, roughly 180,000 troops were deployed in both these wars. And by the end of this year that number will be cut in half," he said. "And make no mistake, they will continue to go down."