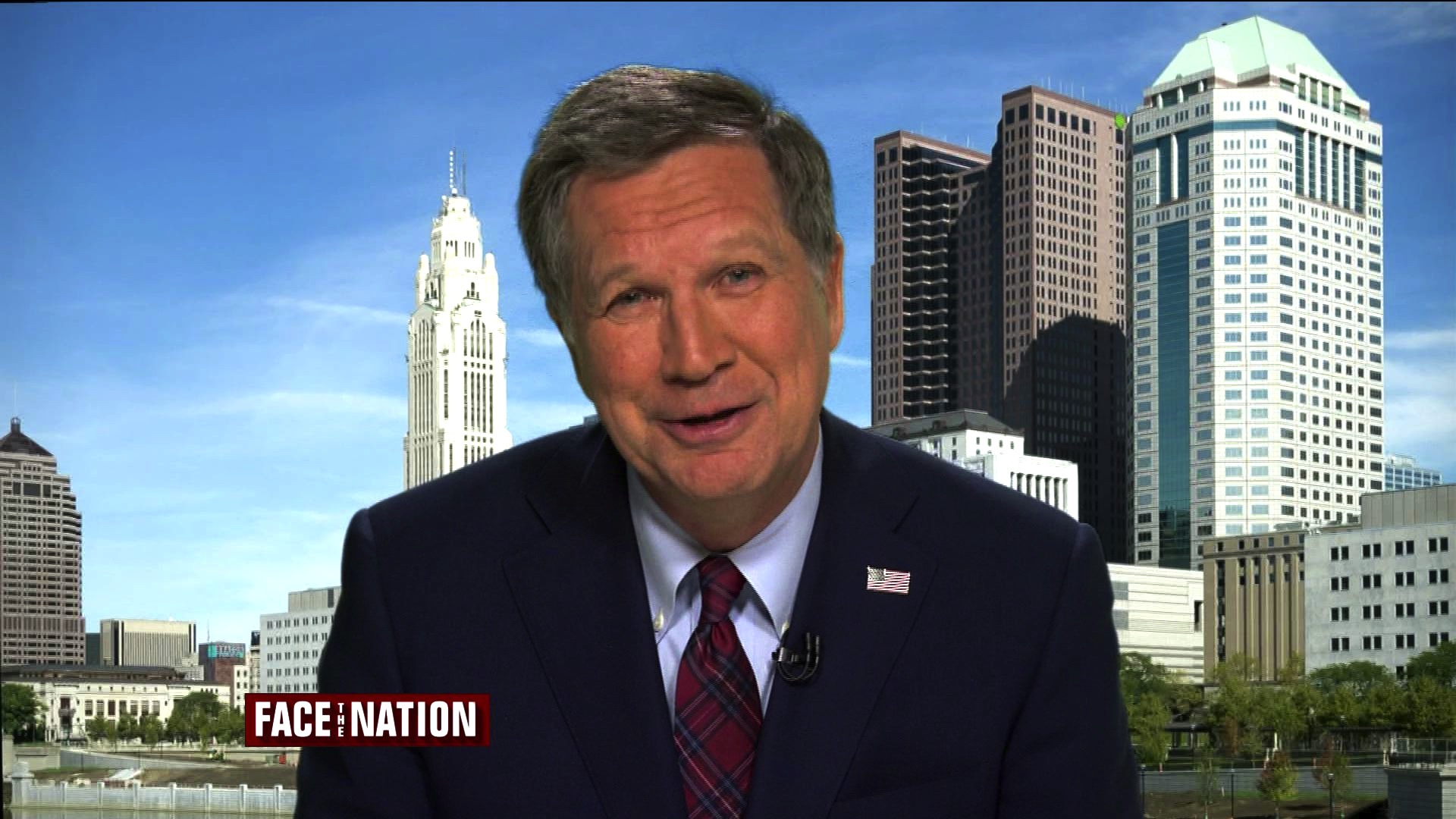 John Kasich said Sunday after his fifth-place finish in South Carolina that establishment Republicans looking to coalesce behind a single anti-Trump candidate should look to him, not Marco Rubio.

"People want to consolidate, they ought to consolidate my way," he said on CBS' "Face the Nation," noting that he's on the rise in national polling "out of nowhere" and that he fares best against Democrat Hillary Clinton in head-to-head general election matchups.

Asked by moderator John Dickerson whether his continued presence in the race is keeping the anti-Trump factions of the GOP from effectively uniting behind someone like Rubio, Kasich pointed out that he finished ahead of Rubio in New Hampshire and said he's looking ahead to Super Tuesday for some victories that will help propel him further.

"I finished second in New Hampshire, he finished fifth," he said of Rubio. "I didn't play in South Carolina and we're going to go on March 1 to a number of states where we think we're gonna do well. So it's a matter of continuing on." (States he referenced include Vermont, Massachusetts and Virginia, with Midwestern states like Illinois and Michigan further down the calendar.)

The Ohio governor also noted that since fellow governor Jeb Bush's exit from the race Saturday night, he's received political and fundraising support from some of Bush's supporters.

"We feel good about where we are," he said. "Look, all I can tell you is we've risen in the national polls, we're still strong, we've got good grassroots and everybody just hang on, things are going to settle down."

Kasich also discussed Trump's proposed ban on Muslim immigrants to the United States, which garners support from a majority of GOP primary voters in South Carolina. Kasich, who opposes Trump's plan, said polling doesn't change his mind on that.

"I don't think it's even practical and I don't think it's right--just because someone happens to be of the Muslim faith doesn't make them a terrorist or doesn't make them a threat to America," he said. "...I said we should take a pause on these Syrian migrants and I believe we should do that, but frankly to try to create some sort of religious standard in terms of who can come to America--we're a melting pot and as long as they have positive intents they should be able to come."

This story has been updated to accurately reflect Kasich's position in the South Carolina primary results.