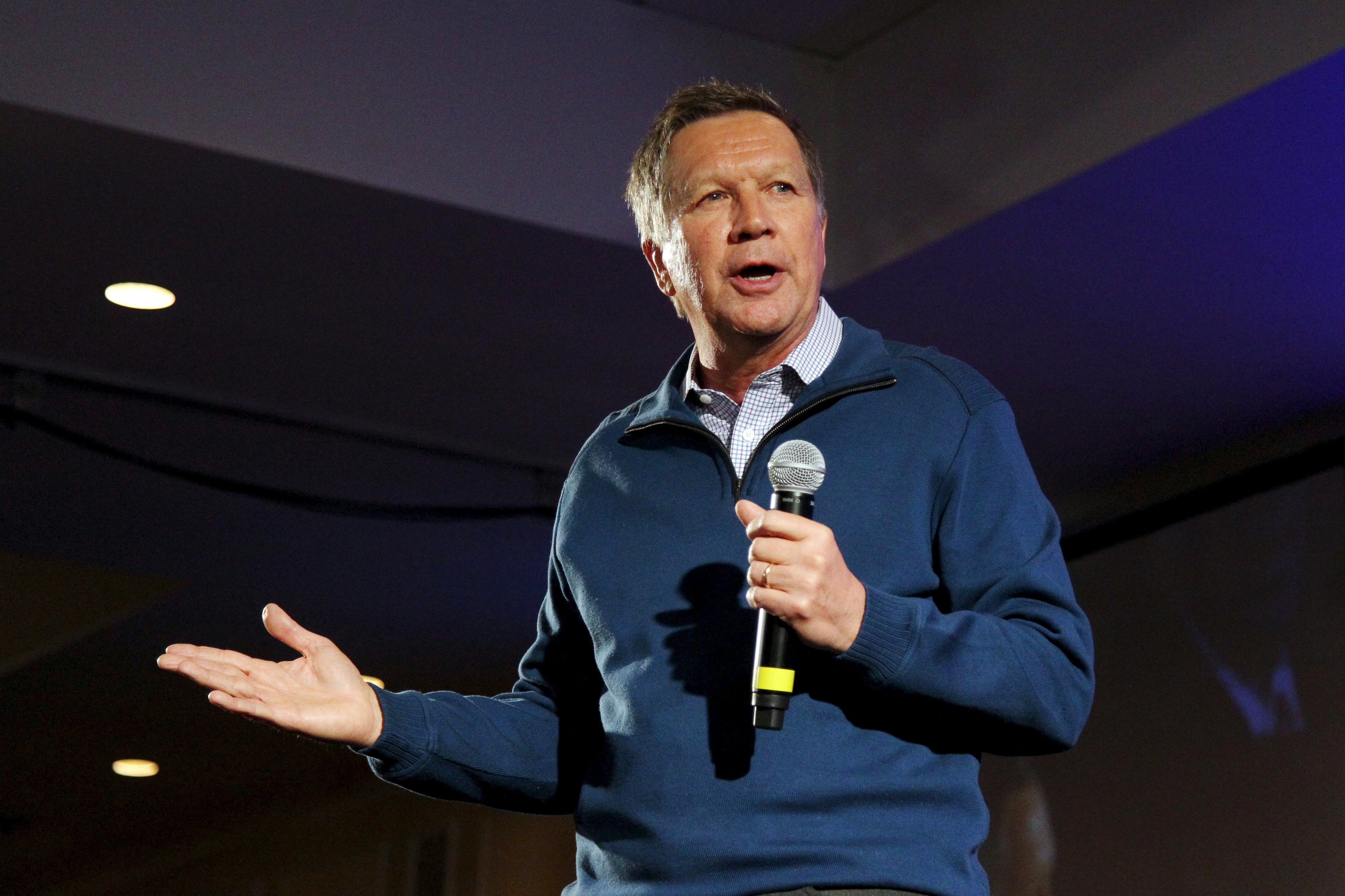 Ohio Gov. John Kasich suggested Monday that if he doesn't do well in Michigan's primary in early March, then he'll drop out of the 2016 presidential race.

Kasich, who had a second-place finish in last week's New Hampshire primary, spoke to a standing-room only crowd of about 600 people at a Michigan town hall Monday.

"This state, is, it's gonna--it means a lot to me. We have to do really, really well in this state, I mean--or I have to roll up the carpets and go back," Kasich said at Grand Valley State University in Allendale, Michigan.

He had made a similar statement just before the New Hampshire primary in which he said, "If we get smoked [in New Hampshire], I'm going home."

At the town hall on Monday, Kasich was asked if he doesn't win, whether he's confident that the GOP nominee won't embarrass the party.

"I don't ever think about somebody else getting the medals," he said.

Kasich said he's "so happy" after New Hampshire and heads back to South Carolina on Tuesday to continue campaigning before the state's GOP primary on Saturday.

Michigan's primary is on March 8, a week after Super Tuesday.