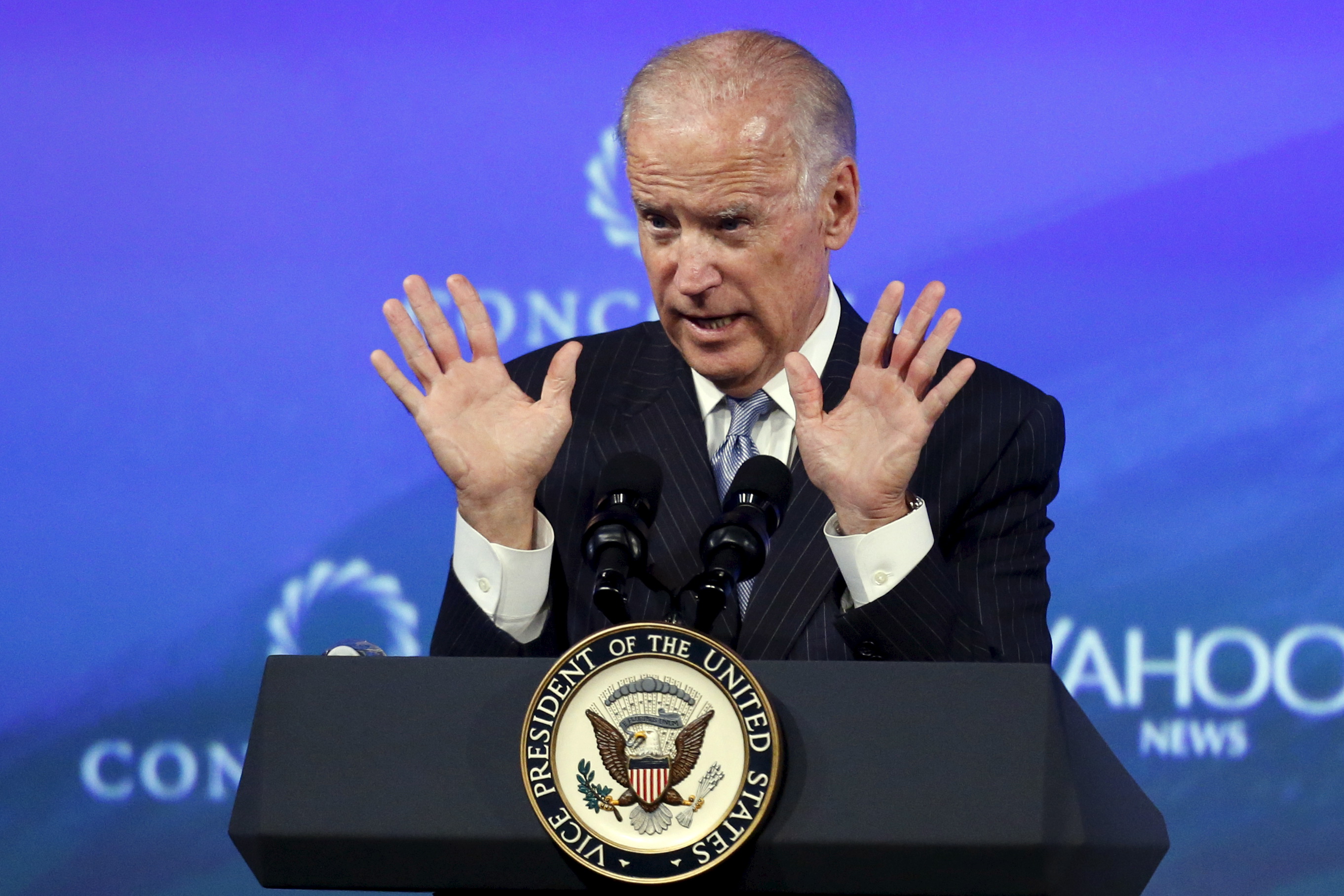 Last month, when Vice President Joe Biden acknowledged that he was still unsure about whether to launch a 2016 presidential bid, he said there's "no way to put a timetable" on the decision-making process.

But in fact, the vice president is drawing closer to very real deadlines that could effectively close his window of opportunity for mounting a third presidential run -- the filing deadlines for appearing on state caucus and primary ballots.

Biden "can miss a debate, he can take some time raising money because he has quite a platform, but the fact is these are the drop-dead dates," Elaine Kamarck, a Democratic National Committee member and a senior fellow at the Brookings Institution, told CBS News. "Everything else you can kind of work around - you can't work around these."

The first filing deadline for appearing on a 2016 primary ballot is November 6 in Alabama. By December 1, Democrats run up against deadlines in Arkansas, Florida, Georgia, Kansas, Tennessee and likely New Hampshire. With each deadline passed, a candidate gives up more potential delegates.

If Biden is still mulling a run by the end of January, Kamarck has noted, he will have effectively forefeited 2,232 delegates -- enough to secure the nomination when the delegates vote for the party nominee at the Democratic National Convention in July.

"He's basically got to get in before Christmas," she said.

Biden, who ran for president in 1988 and 2008, has been fending off questions about 2016 for months. Speculation about his potential candidacy has spiked in the past week since Hillary Clinton, the current front runner for the Democratic nomination and Biden's former Obama administration colleague, delivered a strong performance in the first Democratic debate.

Freshman Rep. Brendan Boyle, D-Pennsylvania, unexpectedly weighed in on the matter on Twitter on Monday:

Sources have told CBS News' Julianna Goldman that if the vice president does, in fact, decide to enter the race, an official announcment would likely come a couple weeks later -- in other words, his campaign would launch in November at the earliest.

Biden has said he is taking his time to consider whether he and his family had the "emotional energy" to endure another campaign, following the tragic death over the summer of his 46-year-old son Beau.

White House spokesman Josh Earnest said Monday that Biden is "thoughtfully considering" a run for the presidency and dismissed the suggestion the vice president is agonizing over his decision. He did not hint at a timeline, but he acknowledged election logistics would require Biden get in the race soon.

Biden has been considering a campaign for president "not just over the last several months, but probably even longer," Earnest said, pointing to Biden's two previous campaigns.

"He's somebody who is thoughtfully considering his options. And obviously Vice President Biden is somebody who has run for president twice before," Earnest said. "He didn't do that because he wasn't sure he'd be a good president."

While Biden considers his options, others are readying for his potential entry into the race. Draft Biden, the super PAC urging the vice president to run, has collected signatures from more than 225,000 supporters, the group told CBS -- a list that could prove useful if Biden enters the race and needs to get petition signatures quickly to meet filing deadline requirements. Super PACs can't legally coordinate with the candidates they back, but the group could sell its list to the campaign.

Meanwhile, the Republican National Committee is using Biden's potential candidacy as a way to create the appearance of friction within the Democratic Party. Highlighting a moment when the vice president said at a White House event Monday, "I don't consider Republicans enemies, they're friends," the RNC declared "Joe Biden is sounding more and more like a candidate." The RNC called it a "not so subtle swipe at Hillary Clinton over her comment from last week's debate where she said Republicans were the 'enemy' she was most proud of."

While Clinton has dominated the race for the Democratic nomination, there's clearly at least some thirst among Democrats for an alternative. Bernie Sanders, the socialist senator from Vermont, has drawn huge crowds to his campaign events, and he has stayed competitive with Clinton in polls in key states, as well as in terms of fundraising.

All the while, Biden had maintained a base of support. Polls throughout the year showed that Biden consistently won the support of at least 10 percent of Democrats nationally and in early-nominating states.

If Biden decided late in the game that he wanted to compete for the nomination, he could theoretically try to win primary votes in a couple of different ways, even without having his name on the ballot: He could mount a write-in campaign, or he could convey to voters that a vote for "uncommitted" on the primary ballot would count as a vote for him. However, it's not a given that the "uncommitted" delegates would actually back Biden.

"The bottom line is this is really, really hard to do," said Kamarck, who added that she knows quite a bit about this because as an Al Gore supporter in 2008, she researched the potential for a "draft Gore" movement.

The Democratic delegation also includes a couple hundred "super delegates" who are technically free to choose any candidate. However, the super delegates typically follow the will of primary voters.

As the Democratic Party waits for Biden's decision, Earnest on Monday assured reporters that the vice president wouldn't let the responsibilities of his current office fall by the wayside. Governing and campaigning "are both endeavors that would require significant commitments of time when it comes to politics, but also an acknowledgement that governing responsibilities come first," Earnest said.