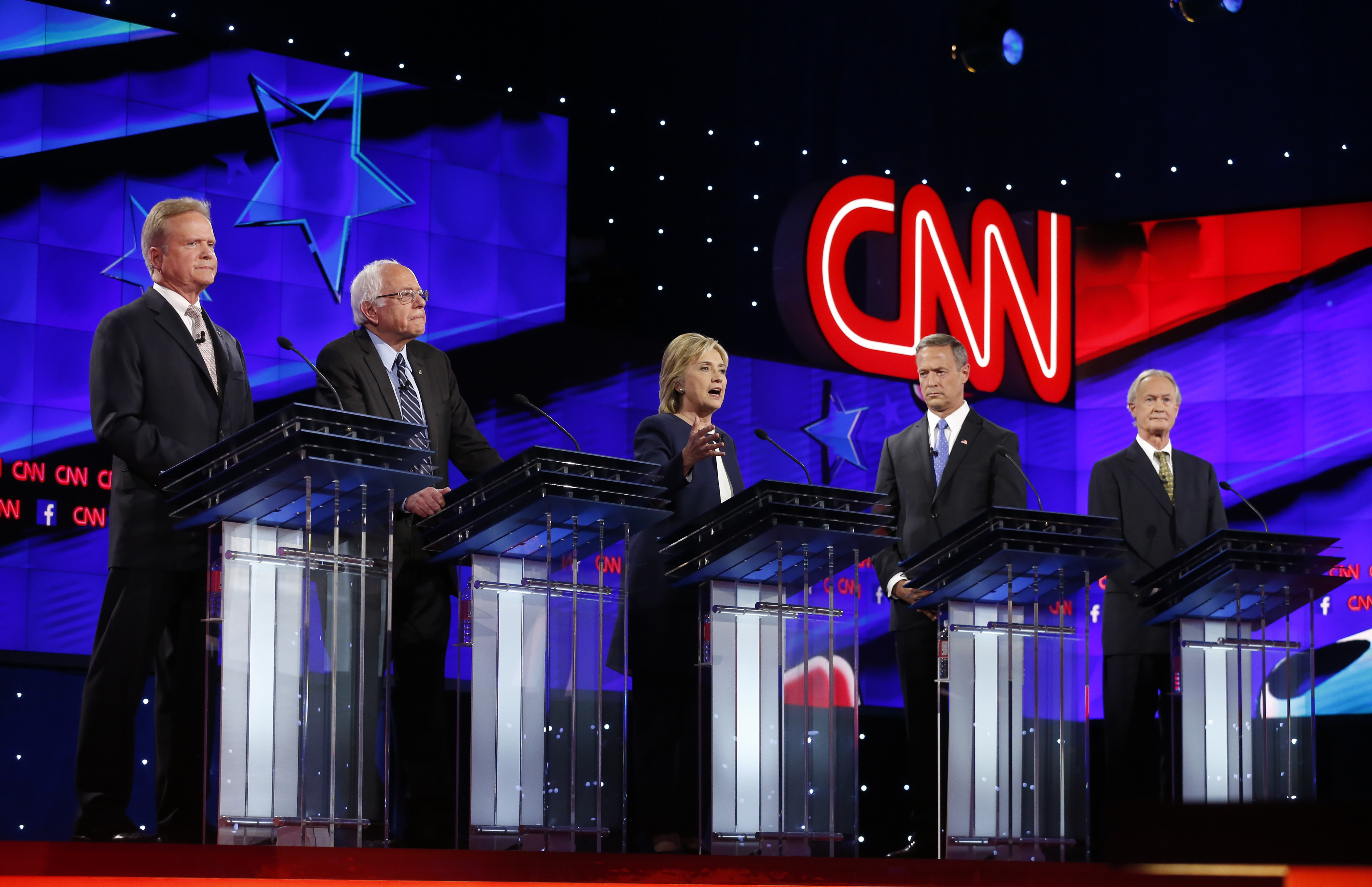 For the final question of the first Democratic presidential debate, moderator Anderson Cooper alluded to Franklin Delano Roosevelt, who said, "I ask you to judge me by the enemies I have made."

Cooper said to the debaters, "You've all made a few people upset over your political careers. Which enemy are you most proud of?"

Here are their answers:

Bernie Sanders: As someone who has taken on probably every special interest that there is in Washington, I would lump Wall Street and the pharmaceutical industry at the top of my life of people who do not like me.

Jim Webb: I'd have to say the enemy soldier that threw the grenade that wounded me, but he's not around right now to talk to.