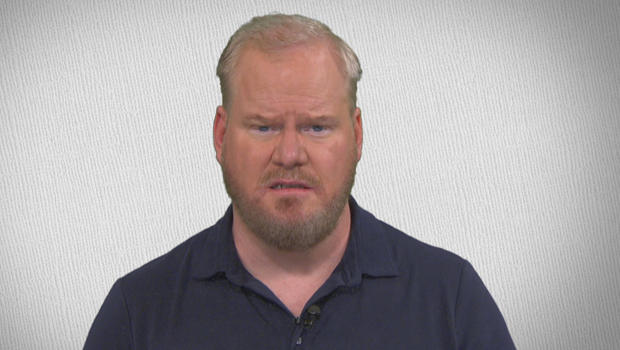 Our Jim Gaffigan isn't feeling quite himself these days, and can tell us EXACTLY why:

The great Tony Bennett may have left his heart in San Francisco, but I left my appendix in Alaska. And believe me, my story is way more romantic and memorable than some silly, famous song that has transcended generations.

My story starts in New Orleans. I was spending my last night in the Big Easy, and I ran into an opportunity to eat a Muffuletta – that's right, the famous New Orleans sandwich.

The problem was I wasn't hungry. I had just eaten red beans and rice, and a PoBoy roughly the size of, I don't know, Louisiana. Anyway, after an internal struggle of close to eight seconds, I ate the sandwich. Because as we all know, love always wins.

Cut to last month: I'm with my large screaming family in Alaska pretending to enjoy being outside, when I began to feel a persistent pain in my gut. Could I be pregnant?

After doing absolutely nothing about my predicament for a day, I was air-lifted to a hospital in Anchorage for a CT scan. Well, the good news: it wasn't gas. But before I knew it, an anesthesiologist handed me a form and told me I needed an emergency appendectomy. I guess my three-cheeseburger-a-day habit had finally caught up with me.

My concerns were only confirmed when I noticed the anesthesiologist's name was Dr. Gross. Gross. Was it his name, or a symbolic indictment of moi?

As I steeled myself for a lifetime of quinoa, kale and other disgusting green vegetables, my new surgeon walked in. My eyes immediately went to his name tag.

Was I now being visited by the Ghost of Unhealthy Sandwiches Past? Was my recovery nurse to be the Ghost of Vegan Future?

I immediately blurted out, "It was the Pastrami, right? Was it the bacon? That's my wife's fault! She makes it for me!"

He smiled and announced, "We don't know what causes an appendix to stop working. We don't really even know the purpose of an appendix is."

Could that be true? Was the appendix as unimportant and non-useful as a Kardashian? Was Dr. Muffuletta even a doctor?

Anyway, I put my faith in him because, well, he was in scrubs and sounded like he knew what he was talking about. And his name was Muffuletta – a sandwich that proves that love always wins.