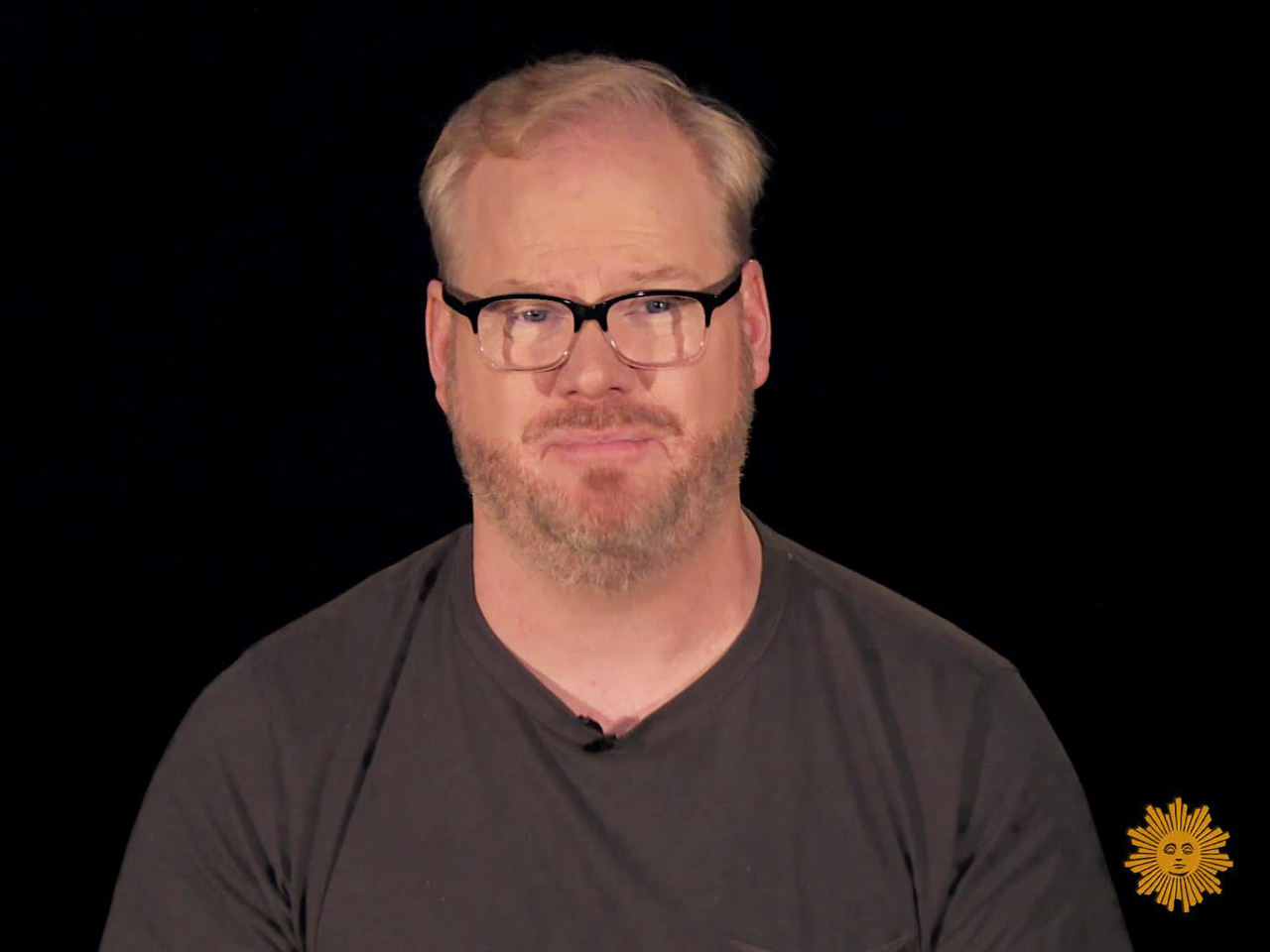 With everything from bobbleheads to toast bearing his image, American Catholics eagerly await the arrival of Pope Francis -- and that includes our contributor Jim Gaffigan:

Next Saturday I will be performing standup comedy for 1.5 million people, and that's not the intimidating part of the gig. One of the audience members will be Pope Francis!

I'm Catholic -- a practicing Catholic, and my wife will tell you, I need the practice. I hope the Pope understands.

The Pope is known throughout the world and the spiritual leader of over a billion Catholics. That's right, Pope Francis is bigger than Justin Beiber!


I guess you could say the pope is like a Catholic superhero. He's got the cape, the hat. Heck, his car is even called the Popemobile.

Now, Pope is tough job. We know Pope is a tough job because the last Pope quit. "I'm done. I'm out of here." And everyone in the Vatican was like, "Uh, you're supposed to speak for God until you die." And the Pope was like, "Uh, God told me to quit. And to eat more cheese."

Most of us don't even have Pope as a career goal. I wonder if, when Pope Francis was growing up, if he fantasized about being Pope. You know how we might about being a professional athlete? Was he eight years old in his backyard -- "There he is, the leader of all the Catholics. [Crowd noises] What a Pope! What Pope!"

It would be great if you had a kid that ended up being Pope. That would be the ultimate bragging rights! "Oh you're son's a doctor? Ours is Pope. Oh, yours has a nice house. Our son has his own city. It's in Europe."

It would have been weird to go to high school with the Pope. Somebody did! Somebody was sitting at home in Argentina watching TV: "Wait a minute -- THAT GUY is Pope?"

It's not easy being a Catholic today in America. It's a little like being a Cubs fan for the last hundred years. Love the team, not crazy about some of the management we've had.

Pope Francis is looking to change that. Upon his election, Pope Francis didn't move into the Apostolic Palace but a simple boarding house.


Pope Francis washed the feet of strangers. It doesn't get any more humble than that. By the way, if you are going to wash a stranger's feet, ask permission first. And remove their shoes. I learned that the hard way.

Pope Francis also calls people on the telephone. I don't know why you would believe it's the Pope.

While Pope Francis is warm and genuine, I believe the thing Catholics and non-Catholics respond to most is his humility. In this age of Putin, ISIS and Trump, it is so nice to hear a world leader say, "Who am I to judge?"