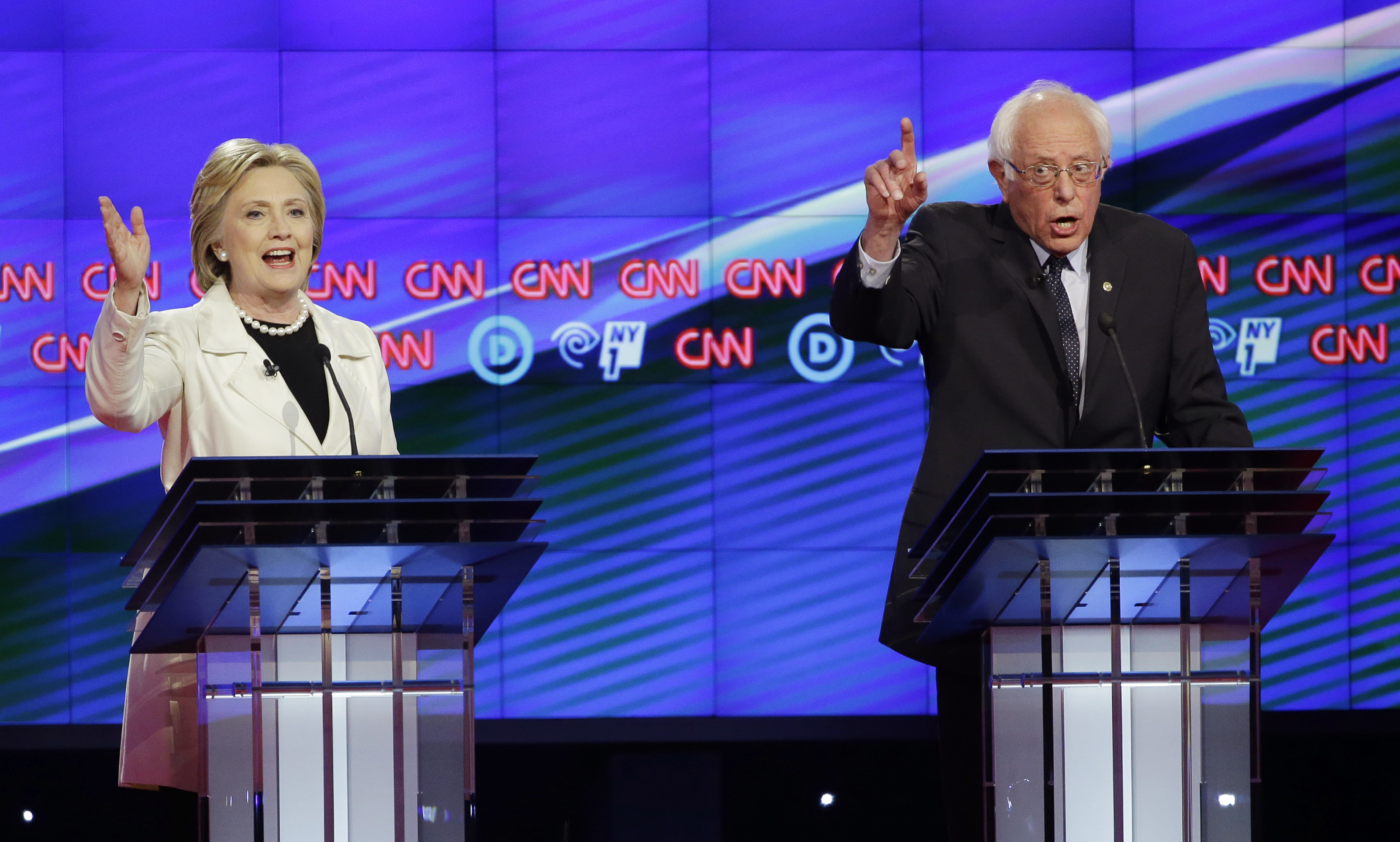 Back in October, Bernie Sanders was confronted with the question of whether Hillary Clinton has the "right stuff" to be president. He demurred, instead touting his own record of standing up to special interests and disavowing super PACs.

On Thursday night, the Vermont senator openly mocked his one-time Senate colleague for her claim that she "called out" Wall Street for its misconduct.

"Secretary Clinton 'called them out.' Oh my goodness, they must have been really crushed by this," Sanders said sarcastically from the debate stage in Brooklyn. "And was that before or after you received huge sums of money by giving speaking engagements?"

And while he acknowledged Clinton has the experience to serve president, he certainly wasn't ready to say she has the "right stuff" for the job. Once again attacking her willingness to take money from special interests, he said, "I don't believe that that is the kind of judgment we need to be the kind of president we need."

The central theme of the Democratic primary has held steady since October: Clinton presents a pragmatic if incremental approach to governing, while Sanders is campaigning on a bolder, more aspirational vision of progressive leadership. Over the course of several months, however, as Sanders' support has crept up and up, the tension has grown between the two candidates. By the time the candidates finally met for their ninth debate in Brooklyn, both were ready to go on the attack.

Sanders -- who's been on a winning streak lately, claiming victory in seven of last eight nominating contests -- seemed driven by his growing conviction that he could win the Democratic nomination in spite of his current deficit in the delegate race.

"I think we're going to win this nomination to tell you the truth," he said near the end of the debate.

The senator aggressively challenged Clinton on multiple issues, compelling her to clarify her stance on issues like Social Security and the federal minimum wage. Yet when pushed on his own bold positions, Sanders at times failed to get past generalities.

For instance, the senator aggressively called into question Clinton's judgment for taking money from Wall Street. Yet when pressed to give one specific example of how that money influenced her policymaking, Sanders could not.

"When the greed and recklessness and illegal behavior of Wall Street brought this country into the worst economic downturn since the Great Recession... Secretary Clinton was busy giving speeches to Goldman Sachs for $225,000 a speech," Sanders said.

It wasn't until after the debate that Sanders' campaign released a document charging that Clinton voted for the Bankruptcy Reform Act in 2001 because of her ties to Wall Street.

Clinton, meanwhile, repeatedly associated herself with President Obama, even using Sanders' Wall Street attacks to do so.

On the issue of climate change, Sanders gave Clinton an opportunity to align herself with the president and to cast herself as a realist. When asked how he could realistically phase out nuclear power and fossil fuels, given how little U.S. energy currently comes from renewables, Sanders said, "Well, you don't phase it all out tomorrow." His response elicited some applause but also some doubtful murmurs from the crowd.

The senator went on to describe a "massive program" of installing solar rooftops across the country. Still, Clinton said of Sanders' approach, "It's easy to diagnose the problem. It's harder to do something about the problem," she said.

The former secretary of state also proposed widespread solar panel installation and said she's aiming for enough clean energy to provide electricity to every home in America within 10 years. Touting the international commitments on climate change she helped craft in the Obama administration, Clinton chided Sanders for failing to acknowledge those advances.

"I'm getting a little bit concerned here," she said. "I really believe the president has done an incredible job against great odds and deserves to be supported."

Clinton, as she has many times before, attacked Sanders for his positions on gun control. She slammed him for repeatedly voting against the Brady bill, charging that he "kept his word to the NRA."

While the debate was relatively acrimonious, the two remaining Democratic candidates did drill down to specific policy questions, such as how to achieve a $15 minimum wage and how to preserve Social Security.

After an extended debate on lifting the cap on taxable income for Social Security, Clinton remarked, "It's always a little bit challenging because, you know, if Senator Sanders doesn't agree with how you are approaching something, then you are a member of the establishment."

Sanders retorted, "Yes, Secretary Clinton, you are a member of the establishment."