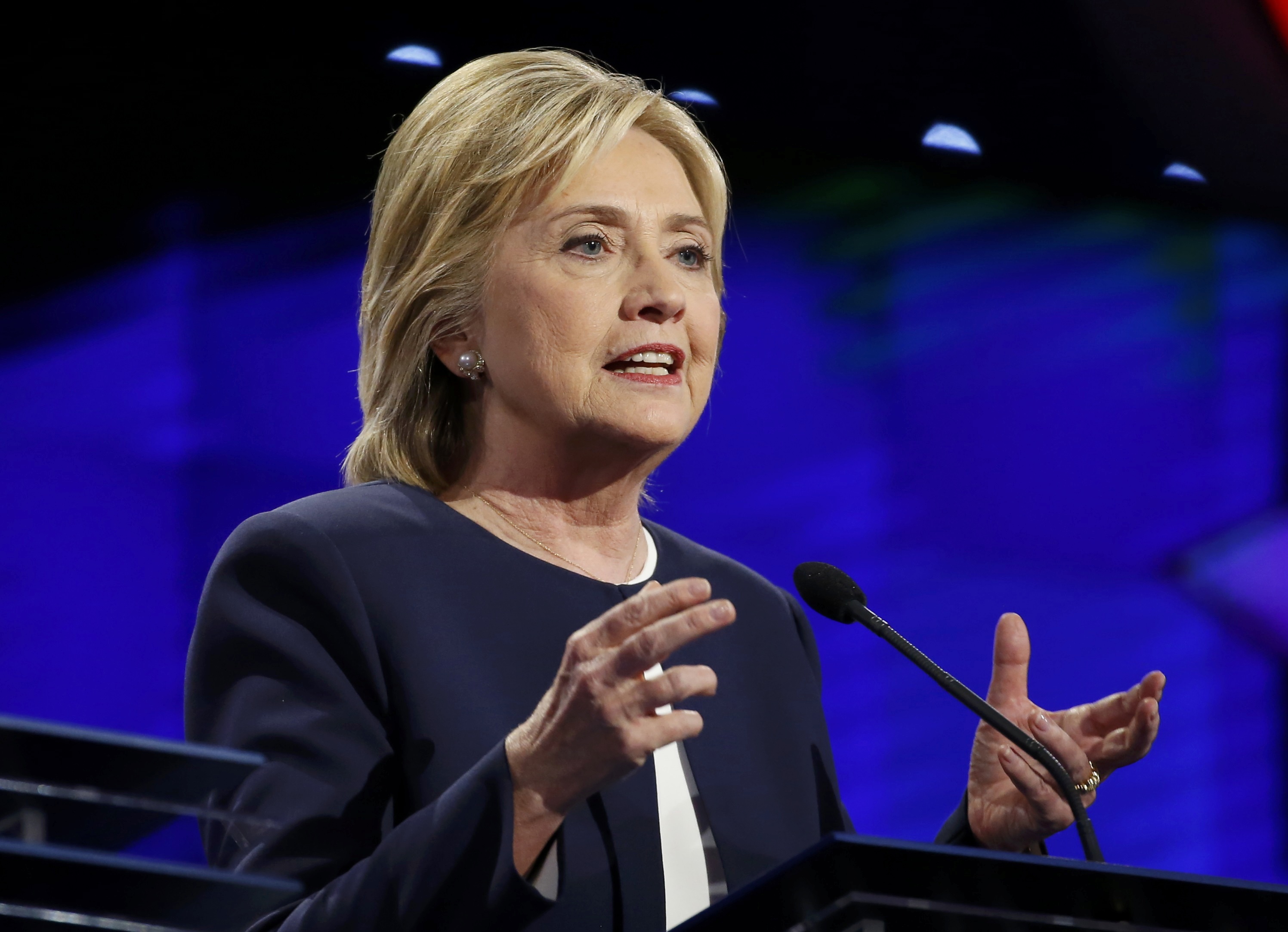 One of Hillary Clinton's biggest challenges in the Democratic primary so far has been overcoming perceptions that she's inauthentic.

With a polished and clearly well-prepared debate performance on Tuesday night, Clinton may not have shed that perception, but she did manage to make the case that she is the best prepared of all the Democratic candidates to take the progressive fight to Republicans.

"I have always fought for the same values and principles," Clinton said, defending her malleable positions on issues like the Trans-Pacific Partnership (TPP). "Like most people I know, I have a range of views, but they are rooted in my values and experience."

While she may not come across as a rigidly principled progressive like her primary opponent Bernie Sanders, the socialist senator from Vermont, Clinton said, "I know how to find common ground, and I know how to stand my ground."

Throughout the debate, Clinton repeatedly returned to the refrain that she would "stand her ground" against Republicans and other critics.

Doing more than just standing her ground, Clinton took the fight to Sanders, her biggest competitor in the primary so far, on issues like gun control. When asked if she believed the Vermont senator was tough enough on the issue, she seized the opportunity to jump on Sanders' complicated record on the issue.

"No, not at all," she said. "I think that we have to look at the fact that we lose 90 people a day from gun violence. This has gone on too long, and it's time the entire country stood up against the NRA."

Sanders won strong applause from the audience in several instances, but one of his strongest debate moments actually came in support of Clinton. "Let me say something that may not be great politics," Sanders said in response to questions about the Clinton email controversy. "I think the secretary is right, and that is that the American people are sick and tired of hearing about your damn emails."

When responding to criticisms about her foreign policy prescriptions, Clinton blunted any barbs from O'Malley by pointing out that he once supported her White House ambitions. "You know, I have to say, I was very pleased when Governor O'Malley endorsed me for president in 2008, and I enjoyed his strong support in that campaign. And I consider him, obviously, a friend," she said.

Chafee tried to criticize Clinton's 2002 vote for the Iraq war, piggy-backing on Sanders' remark that the war was "the worst foreign policy blunder in the history of this country." Clinton, however, was ready for this critique.

"Well, I recall very well being on a debate stage, I think, about 25 times with then-Senator Obama, debating this very issue," she said. "After the election, he asked me to become secretary of state. He valued my judgment, and I spent a lot of time with him in the Situation Room, going over some very difficult issues."

Clinton pointed out that she was one of President Obama's "few advisers" when he made the decision to go after Osama bin Laden.

Clinton didn't even need to fend off criticisms from Chafee that she's too close to Wall Street banks -- he undermined himself. The debate moderators pointed out to Chafee that he himself voted to repeal the Glass-Steagall Act, enabling big banks to grow even bigger. Chafee made an excuse for his vote that sounded like he may have been too overwhelmed to give the bill enough thought: "The Glass-Steagall was my very first vote [as a U.S. senator], I'd just arrived, my dad had died in office, I was appointed to the office, it was my very first vote," he said.

While brushing off her critics, Clinton on Tuesday night also drove home the historic nature of her potential presidency. When asked whether her presidency would represent more than just a third term of the Obama administration, Clinton said, "Being the first woman president would be quite a change."