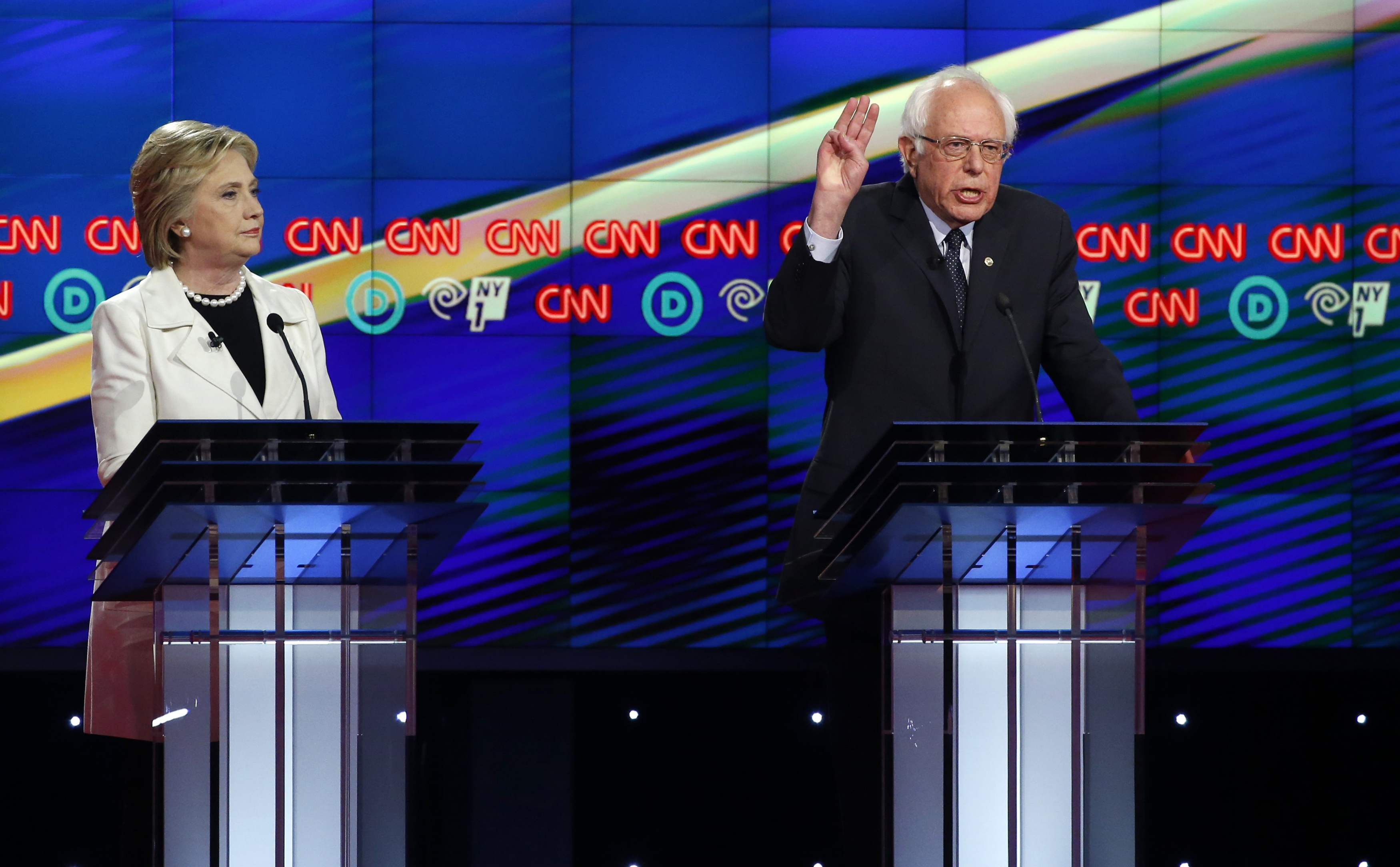 Hillary Clinton defended her "judgment" Thursday night at the Democrats' ninth debate in Brooklyn, New York, after several attacks by Sen. Bernie Sanders over the past week questioned how fit she was for the presidency.

Ticking off a list of Clinton's policies that he had disagreed with -- including her vote on the Iraq war, her support of trade agreements, and her super PACs -- Sanders laid into his rival after the night's first question, saying "I don't believe that that is the kind of judgment we need to be the kind of president we need."

In response, the Democratic front-runner pointed to her long, government-padded resume: "The people of New York voted for me twice to be their senator," Clinton sniped back. "And President Obama trusted my judgment enough to be secretary of state."

Clinton then launched an attack against Sanders' own judgment, blasting his recent interview with the New York Daily News as proof that the Vermont senator was unprepared for the Oval Office.

"Talk about judgment and talk about the kinds of problems he had answering questions about even his core issue - breaking up the banks," Clinton said. "When asked, he could not explain how that would be done."

The former New York senator also hit Sanders, a native son of Brooklyn, on foreign policy issues, including his familiarity with conflicts in Afghanistan, Israel, and the fight against terrorism and she derided him for saying he couldn't answer questions without "some paper" in front of him.

In the Daily News editorial board, pressed on a question about what he'd want Israel to do to pull back settlements, Sanders had responded, "[Y]ou're asking me a very fair question, and if I had some paper in front of me, I would give you a better answer."

"I think you need to have the judgment on day one to be both president and commander-in-chief," Clinton said.

Continuing the lengthy exchange on judgment, Sanders fell back on his jab at Clinton's Iraq war vote -- "the worst foreign policy blunder in the history of this country" -- and her acceptance of super PAC backing.

"Do we really feel confident of a candidate saying she is going to bring change to American when she is so dependent on big money interests?" he asked. "I don't think so."

The debate over each other's "judgment" has been a long simmering one between the two Democratic candidates.

Last week, Sanders, who had initially questioned Clinton's qualifications for the White House, softened his tone and went after her judgment instead.

On "Face the Nation" Sunday, Sanders suggested that "maybe her judgment is not quite as high as it should be."