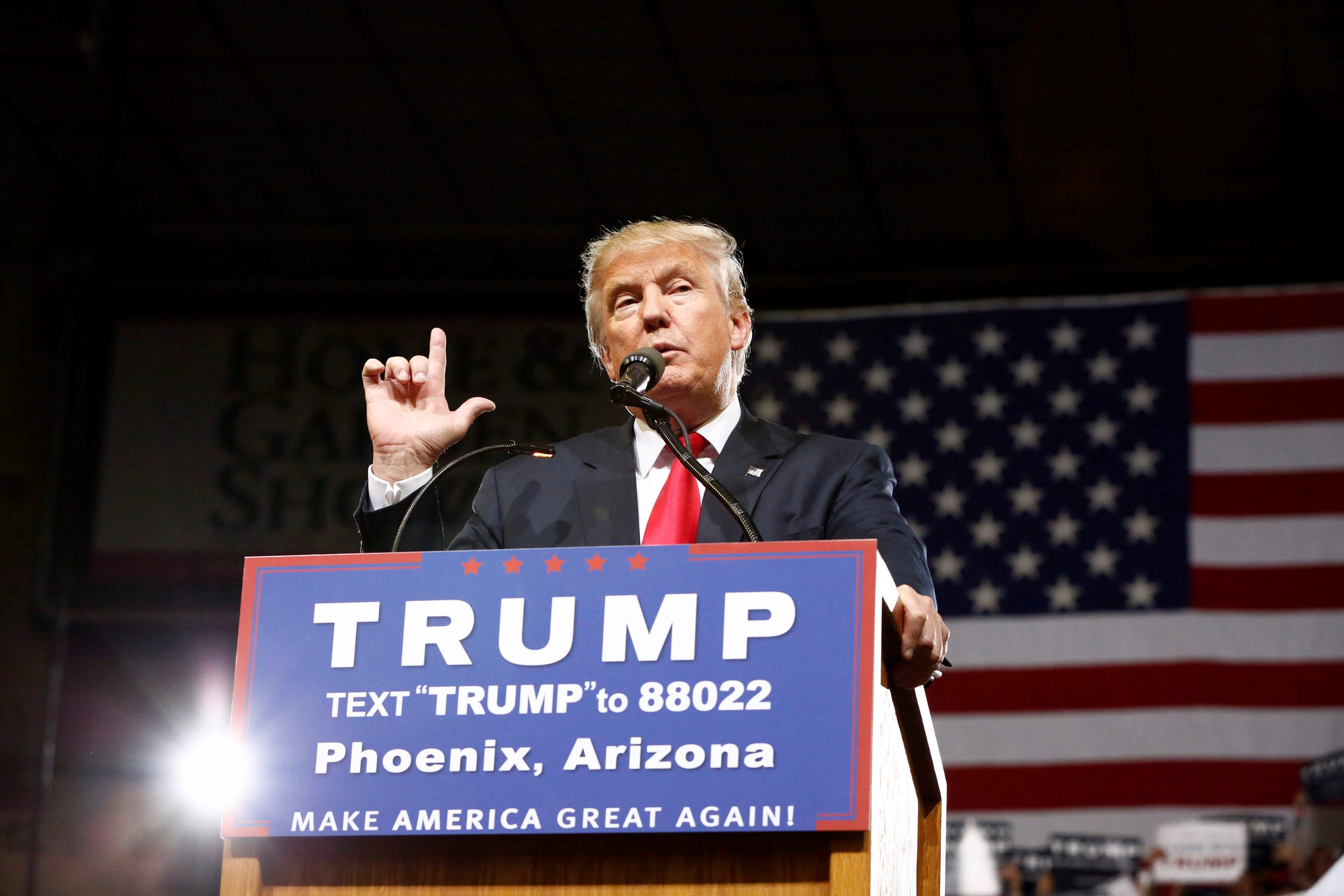 How serious is the effort to deny Donald Trump the GOP nomination at the Republican convention in Cleveland?

The convention is less than a month away and Trump, who is estimated to have some 1,542 delegates committed to him, fully expects to secure the Republican Party's nomination for President.

There may be some trouble brewing, however. Resistance within the party to the idea of Trump being the party's nominee seems to be becoming more organized (with nearly 400 delegates and/or alternates now being reported as supporting the anti-Trump movement). But there are still many within the party who hold the view that any attempt to stop Trump would be foolhardy. "All of the discussion about the RNC Rules Committee acting to undermine the presumptive nominee is silly," RNC Communications Director Sean Spicer said on June 17, calling talk about an organized effort to dump Trump "a media creation and a series of tweets". Trump has expressed the same, going so far as to describe efforts to unbind RNC delegates "illegal". Trump has said there is "no mechanism for [this] to happen."

Yet the "Free the Delegates" movement rages on, with delegates and Rules Committee members Kendal Unruh (a former Cruz supporter) and Curly Hauglan among the loudest voices calling for delegates to be unbound to vote however they wish - whether or not it reflects the voters' choices in the states they represent.

While some consider the push to unbind delegates fundamentally undemocratic, others argue it must be done to "save the party."

Proponents of unbinding delegates are hoping to change Rule 16 (a)(2). Currently, that rule dictates that if bounddelegates attempt to vote for any candidate other than the one to whom they arebound, the secretary of the convention will overrule them to record their votes"in accordance with the delegate's obligation."

Without this rule, there is effectively no binding. The strategy, for proponents of the rule change, is to first ensure a clear coming together of Cruz, Kasich and Rubio supporters to push for this change, and then to win a majority vote for this change in the convention's 112-member Rules Committee.

Indeed, delegates might even be provided with a "conscientious objector" defense for not supporting Mr. Trump on the first ballot via an amendment to the rules. Colorado delegate Kendal Unruh was one of the first proponents of the "vote of conscience" option, and she has put forward a possible amendment to this effect that reads as follows:

"The secretary of the national convention shall receive and faithfully announce and record each delegate's vote in accordance with these rules. If any such delegate notifies the secretary of his or her intent to cast a vote of conscience, whether personal or religious, each such delegate shall be unbound and unconstrained by these rules on any given vote, including the first ballot for the selection of the Republican nominee for President of the United States, without the risk of challenge, sanction, or retribution by the Republican National Committee. Allowable personal reasons shall include the public disclosure of one or more grievous acts of personal conduct by a nominee candidate, including but not limited to, criminally actionable acts, acts of moral turpitude or extreme prejudice, and/or notorious public statements of support for positions that clearly oppose or contradict the policies embodied in the Republican Party's platform as established at the national convention."

If the conscience clause wins the support of 57 Rules Committee members (half of the committee membership plus one), it could go to the floor for a simple majority vote of delegates to govern the convention.

Overseeing what is expected to be a highly contentious process will be Convention Rules Committee chair and co-chair Utah National Committeewoman Enid Mickelsen and Massachusetts National Committeeman Ron Kaufman, both supporters and former advisors of Mitt Romney's, selected by RNC Chairman Reince Priebus on June 17. Mickelsen appears to be no big fan of Trump's stating just earlier this month, "Neither Hillary or Donald Trump are going to be the people that we point our children toward and say, 'I want you to be just like them when you grow up.' That's not the case in this race, and that's a shame." But she also pledged, following her appointment, to be "fair" to all involved.

The committee's work will begin with delegations from all fifty states, American Samoa, the District of Columbia, Guam, the Northern Mariana Islands, Puerto Rico, and the Virgin Islands each selecting one male and one female from within their ranks to serve on the 112-person convention Rules Committee. In the week preceding the convention, this Committee will meet to review proposed amendments to existing rules. Those amendments passed by majority vote will then be presented to all 2,472 delegates on the first day of the July 18 - 21 convention, and it is there that the rules governing this year's convention will be determined. Indeed, the rules as adopted at each quadrennial convention are considered to be "temporary", governing the four years following their adoption, with any proposed rule changes for the convention four years later to be submitted 30 days prior to that later convention.

During the 2008 Republican convention, for example, Rule 40(b) required candidates for the Republican nomination for president to have won a plurality of delegates from at least five individual states in order to (i) be eligible for nomination for president during that Convention, and (ii) have a nomination speech. Four years later, however, the 2012 convention's Rules Committee required candidates tohave won not merely a plurality of delegates, but a majority; and not from fivestates, but from eight. This adversely affected the standing of Ron Paul, but that was the position of the party.

Will Rule 40(b) be modified - or even removed - in Cleveland? In less than a month, we will know for sure. In an April 2016 Interview on NPR, Curly Haugland asserted that "there is no connection between primaries and the actual convention. When the convention convenes, the delegates adopt their own rules which haven't been adopted yet, but they're typically the same as the rules from the previous cycle with a few minor tweaks. But a long-standing tradition in the Republican Party that began in 1880 or earlier is the fact that all delegates to the national convention are free to vote their conscience." Exactly how delegates will vote, however, particularly on the first ballot, however, is far from straightforward since state laws, in some cases, have strict rules requiring delegates to be bound, although laws to this effect cannot be enforced due to First Amendment guarantees offreedom of speech and association. (The Supreme Court has made clear, both in Cousins v. Wigoda and Democratic Party v. Wisconsin ex rel. La Follette, that political parties' right to free association is paramount.)

Only time will tell how this all will shake out, but it's likely Republicans are in for at least some drama at their convention.

During an interview on Tucson AM talk radio station KVOI, Republican National Committeeman Bruce Ash of Arizona suggested that Mr. Trump's campaign staffers were guilty of malpractice in allowing things to proceed as they have, calling for them to be "taken in back of that shed and shot in the back of the head -- execution style" for allowing Mickelsen to be named to the rules committee.

Convention Chair and House Speaker Paul Ryan has said that as far as voting for the Republican party's nominee is concerned, "[t]he last thing I would do is tell anybody to do something that's contrary to their conscience."