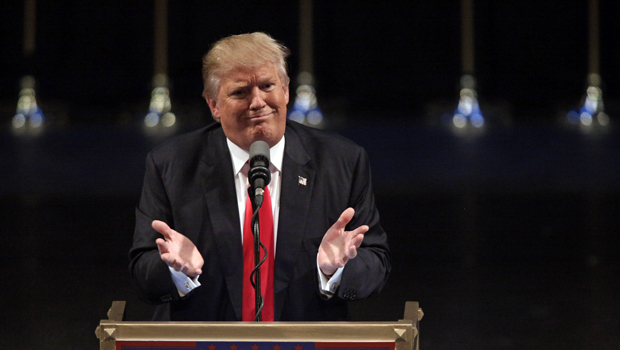 Donald Trump told supporters Saturday that reports about delegates planning a last-ditch effort to try to deny him the GOP presidential nomination at next month's convention is a "hoax."

Trump said he watched a report about the effort on CNN on Friday.

Trump then said he might need more help from the GOP.

"We're gonna beat Hillary, and it would be helpful if the Republicans could help us a little bit. You know, OK? Just a little bit."

Earlier in the rally, Trump said, "Reince Priebus. You know what that is, right? No, he's a nice guy."

Priebus is the chairman of the Republican National Committee.

The Washington Post reported on Friday that anti-Trump delegates were hatching a plan to try to derail the presumptive nominee at the GOP convention next month in Cleveland.

"This literally is an 'Anybody but Trump' movement," Kendal Unruh, a Colorado Republican delegate leading the effort, told the Post, which first reported the story.

Regina Thompson, another Colorado delegate affiliated with the effort, told CBS News that their group is called Free the Delegates 2016, and that they will launch a website on Sunday.