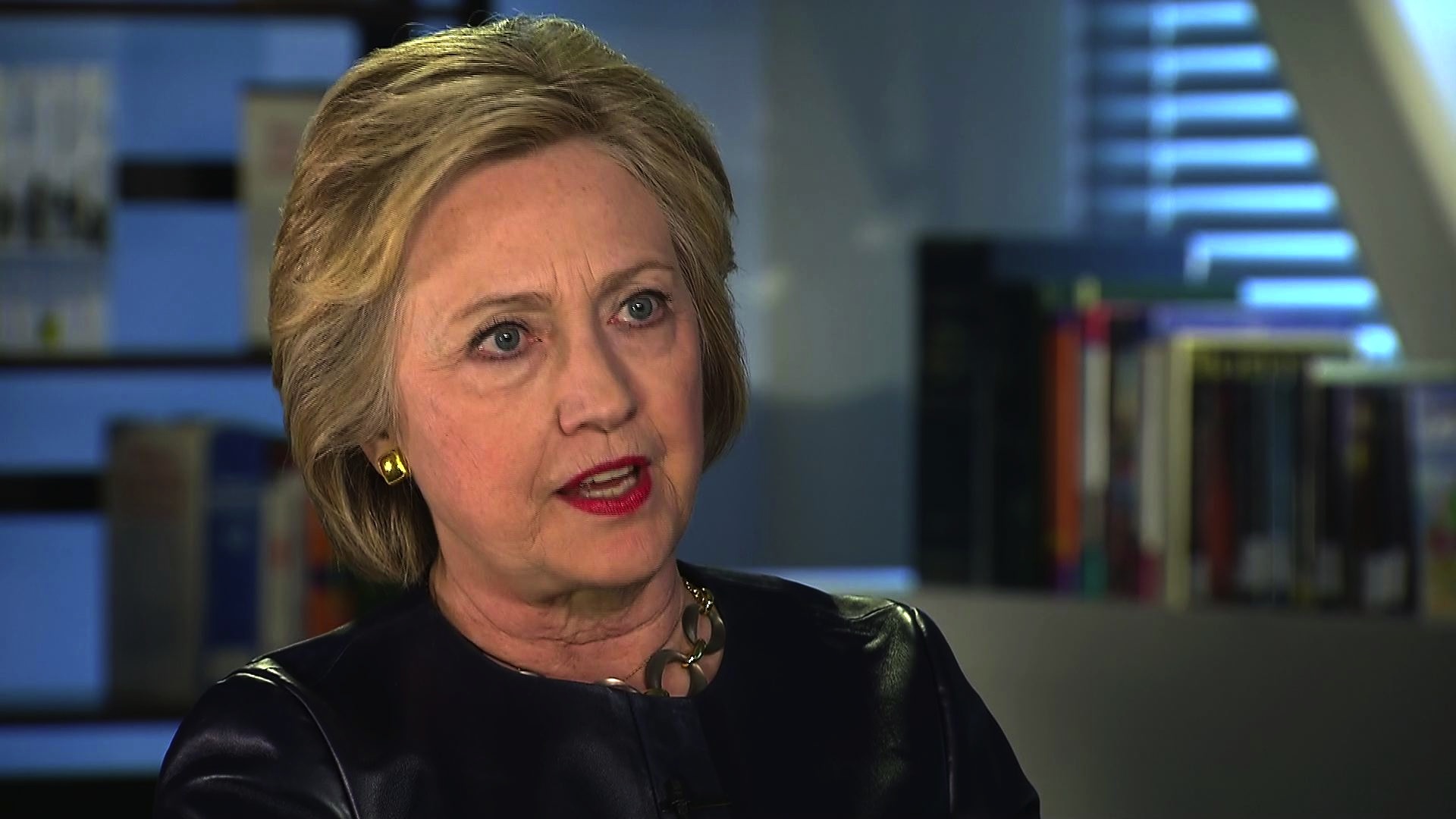 Democratic front-runner Hillary Clinton said in an interview airing Sunday that since Donald Trump became the Republicans' presumptive nominee, she's been hearing from Republicans interested in supporting her campaign.

"For a lot of people, again, who take their vote seriously and who really see this as a crossroads kind of election, I am asking people to come join this campaign," she told CBS' "Face the Nation" in an interview on Friday in Oakland, Calif. "And I've had a lot of outreach on Republicans in the last days who say that they are interested in talking about that."

Despite her campaign already going hard against Trump in the days since he effectively secured the GOP nomination, Clinton said she's not going to run an "ugly" race against him.

That doesn't mean she didn't have plenty of criticism of the presumptive GOP nominee, though. Asked to clarify her comments last week about Trump being a "loose cannon," Clinton said she was referring to his past statements about important issues like nuclear weapons and leaving NATO.

"Being a loose cannon means saying that other nations should go ahead and acquire nuclear weapons for themselves, when that is the last thing we need in the world today," she said. "Being a loose cannon is saying we should pull out of NATO, the strongest military alliance in the history of the world, and something that we really need to modernize, but not abandon."

Asked whether she was making claims about his "stability," Clinton said she is only talking about the statements he's made as a candidate.

"I am talking about what he has said in this campaign, and continues to say, and the kind of agenda he's putting forth for our country which obviously I think would, you know, not be in the best interest," Clinton said.

Clinton noted the discord in the Republican Party, with top GOP leaders like House Speaker Paul Ryan saying they're not ready to back Trump, and others, like South Carolina Sen. Lindsey Graham, vowing they won't back him at all.

"The Republicans themselves are raising questions about their presumptive nominee. And I think that's in large measure, John, because they do understand how hard the job of being president is," she said. "When you have former presidents, when you have high-ranking Republican officials in Congress raising questions about their nominee--I don't think it's personal, so much as rooted in their respect for the office and their deep concern about what kind of leader he would be."

Clinton was also asked to explain which "hard questions" she thinks Trump needs to answer as he enters general-election mode. She named the minimum wage, his comments that climate change is a "hoax" and his suggestion that women be "punished" for having abortions--in addition to his foreign policy and economic views more generally--as areas where Trump needs to elaborate.

"Well, he doesn't have a view. He has a slogan," she said. "And he needs to be really pressed on that."

She also hit Trump on his recent comments about renegotiating the U.S. debt.

"Maybe he just doesn't understand that running our government is not the same as making real estate deals," Clinton quipped. "That -- putting the full faith and credit of the United States of America at risk -- would be a horrible outcome, and it would raise interest rates. It would wipe away savings. It would cause a financial global meltdown."

Clinton pushed back on the idea that voters' support for a candidate like Trump mean that they don't care about the specifics, noting that she's still the candidate with the most votes in either party.

"I can only tell you in my experience, which-- has led to my putting out specific plans, saying how I would pay for them, and, as we sit here today, I have three million more votes than Senator Sanders and two million more votes than Donald Trump," she said. "...At the end of the day, I really believe that Americans take their vote for president seriously, because they know it's not only the president but the commander-in-chief who they are selecting."

She stopped short of suggesting her Democratic rival, Vermont Sen. Bernie Sanders, should exit the race but noted how far ahead she is in both delegates and raw votes.

"I'm three million votes ahead of Senator Sanders. Nearly 300 pledged delegates ahead of him," she said. "He has to make his own mind up, but I was very heartened to hear him say last week that he's going to work seven days a week to make sure Donald Trump does not become president."

Clinton added that she sees "a great role and opportunity for him and his supporters to be part of that unified party--to move into not just November to win the election against Donald Trump, but to then govern based on the progressive goals that he and I share."

As for questions about being interviewed in the federal investigation into her private email server, Clinton said no one has reached out to her about that yet.

"Not at this point," she said, adding that she has "made it clear I'm more than ready to talk to anybody, any time."

She said the investigation shouldn't color voters' views of her, reiterating that she's said her use of a private email address at the State Department was a mistake.

"I say what I've said now for many, many months: It's a security inquiry," she said. "I always took classified material seriously. There was never any material marked classified that was sent or received by me. And I look forward to this being wrapped up."

In honor of Mother's Day on Sunday, Clinton spoke about how her own mother has shaped the way she campaigns -- and about how "proud" she is of her daughter, Chelsea.

"I think about my mother a lot, because she campaigned with me and for me in 2008," she said. 'And she was the most formative influence in my life by far. And her encouragement, given her own very difficult life, to get back up when you're knocked down and to serve people and to think about ways that you can improve-- the world, you know, I hear that voice all the time."