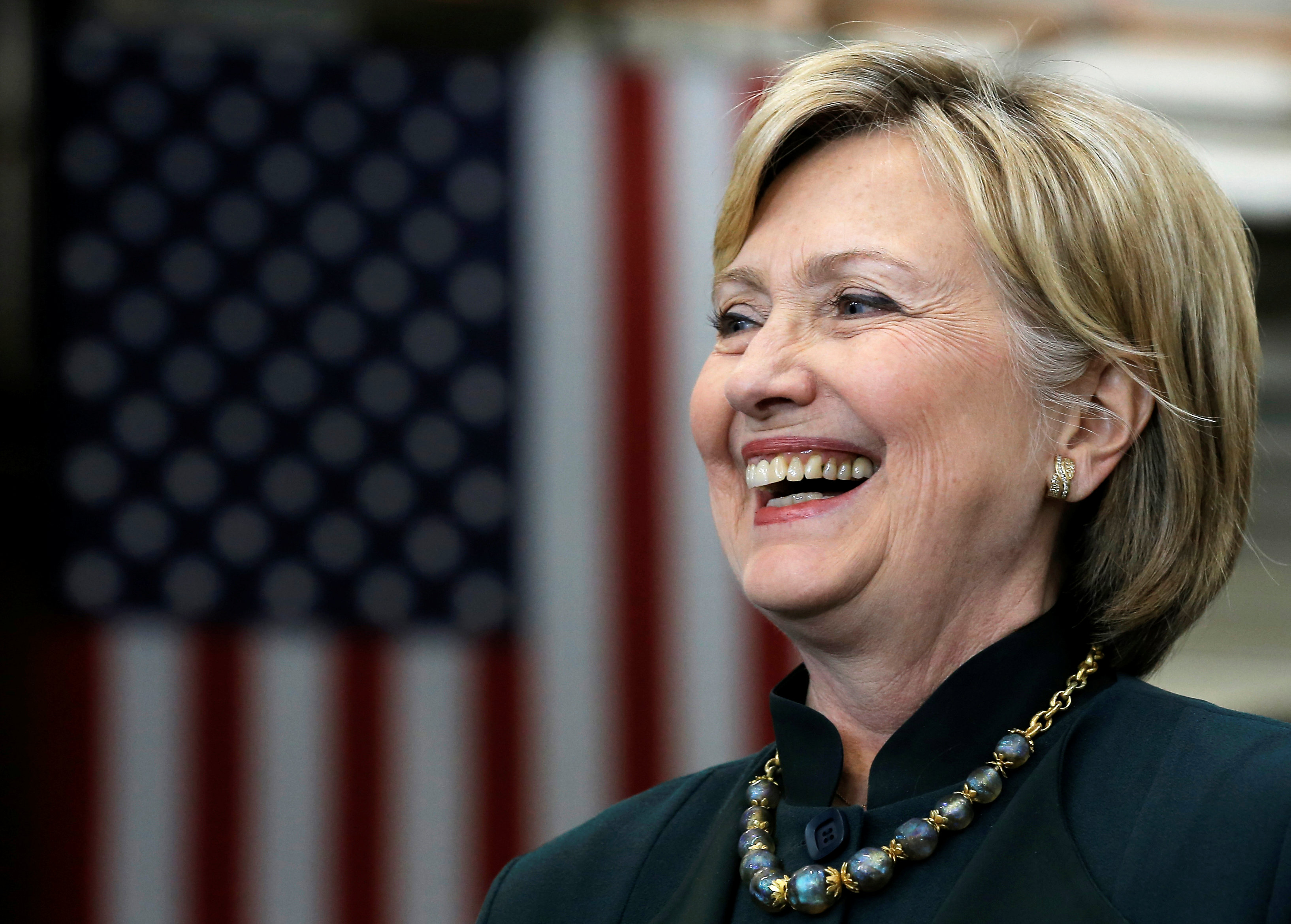 "Oh absolutely," she told CNN's Anderson Cooper in her first interview since Trump became the last man standing on the Republican side.

Clinton previewed her attacks against Trump, saying he's a "loose cannon" who's short on substance and heavy on "blustering, bullying" remarks.

"I think it's time to get serious: the man is the presumptive nominee," Clinton said. "You know, being a loose cannon doesn't in any way protect him, I hope, from being asked the hard questions that he should have been asked during the whole primary process."

She also said she wasn't surprised by how quickly Trump was able to effectively wrap up the GOP nod. "It didn't surprise me at all that it was over last night," she said.

Unlike Trump, Clinton said, she's planning to talk specifics when it comes to the policies she's proposing as part of her campaign.

"He makes these grand statements and grand accusations. At some point when you're running for president, you actually have to put a little meat on the bones," Clinton told Cooper. "You've got to tell people what it is you're going to do and how you're going to do it."

And asked whether she's ready for the negative campaign that's undoubtedly coming -- Trump said in an interview earlier Wednesday that he's good at the "counter-punch"--Clinton said she's not the one who will make the race an all-out brawl.

As for Trump's attacks on Clinton's husband's administration in the 1990s, including his comments last night on the North American Free Trade Agreement (NAFTA), Clinton said she's happy to defend that record.

"Yes, well, we'll have to go back and talk about the history: 23 million new jobs in the 1990s, incomes went up for everybody," she said. "If he wants to argue against peace and prosperity, he can absolutely do his best to make that case."

And in what's sure to stoke a fresh round of vice presidential speculation, Clinton praised Massachusetts Sen. Elizabeth Warren, saying she has the "highest regard" for her. Asked about Warren's highly critical comments of Trump last night, in which she tweeted that the GOP candidate "built his campaign on racism, sexism, and homophobia," Clinton merely said: "I think Elizabeth Warren's really smart."

Clinton also addressed her own primary against Vermont Sen. Bernie Sanders, who remains in the race but whose path to the nomination is reaching a dead end. It's up to Sanders what to do next, she said, adding that as someone who continued her 2008 campaign all the way until June, she understands the position he's in.