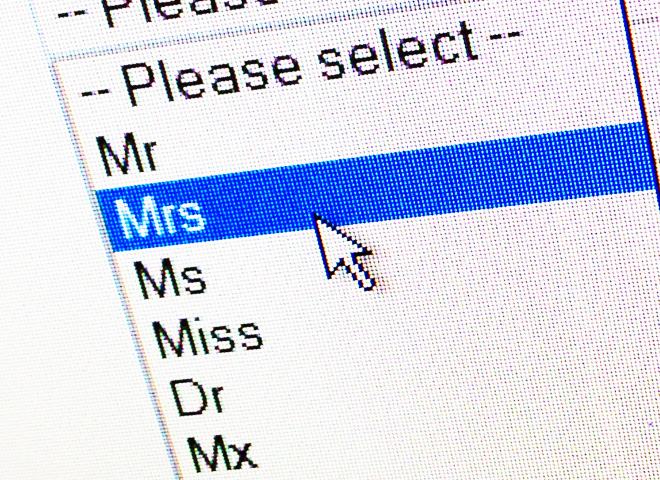 It's about time to give formal address a formal burial, or so says our Contributor Faith Salie:

We'd never DREAM of using a grown-up's first name. I still address the parents of my childhood best friend as "Mr. and Mrs. James." I remember feeling a frisson of gleeful maturity at four years old when I was invited to call my dance teacher "Miss Eileen." I was so excited to utter her first name that I named my pet chicken after her.

But somewhere between my childhood and my kids' childhood, young people stopped using "Mr." and "Mrs." And most of us stopped introducing ourselves that way. All of my friends' children know me as "Faith," and my kids know my peers by their first names, too. The most formality my son articulates is when he calls our beloved dog-walker "Uncle Juan."

Surely there are places in which youth still address their elders strictly as "Mr." and "Mrs.," but I do think this trend toward using first names will only progress.

And that's okay with me. Our society, more than ever, tries to stay young. Nothing ages you more immediately than being called "Mrs." We may be adults, but we don't FEEL old. We're becoming parents at an age when our parents became grandparents.

Check out this photo of my grandmothers on my parents' wedding day (left). My grandmother was MY age at her daughter's wedding.

Decades ago, graduating to "Mr" and "Mrs" was seen as an achievement. Boys felt like men; girls felt like winners when they received their "MRS degree." Plenty of women today, however, go by "Ms." and have a different last name than their spouses, or their kids.

We're also just a lot more casual. Ladies don't wear white gloves. Old folks wear jean shorts on airplane rides. And who has the time to stand in line at Starbucks while the barista asks you to spell your surname, as she writes "Mr. Whoever" on your coffee cup?

But mostly, I think it demonstrates that we've become a more egalitarian society, and points to an evolution in the way we look at children. We treat them as equals because they're people. They ARE our equals -- not in experience, but in importance. They do need boundaries and rules, but they are people with unique needs and their own kind of wisdom. Just as kids need to learn to respect their elders, we are a society that increasingly respects our youth.

But please call me "Faith," whether you're two or 92. You can even name your chicken after me.