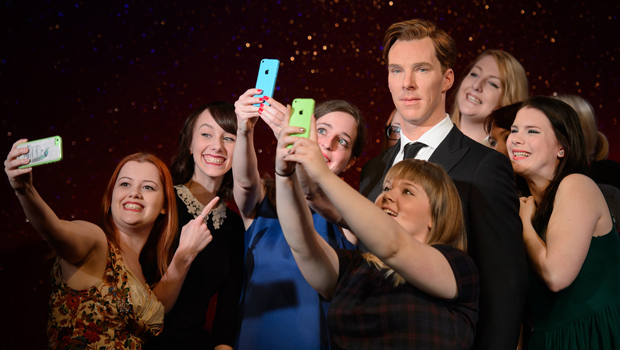 Contributor Faith Salie has something of pet peeve, which she shares with us now:

It's that time again, when words that have been overused, abused or have otherwise forced themselves into our national dialogue get rewarded by landing in the hallowed pages of proper English dictionaries. You know, words like that old chestnut "chad" or "subprime" or "tweet."

Every year a number of groups choose their "Word of the Year." One of them, the Chambers Dictionary, anointed "overshare" as its word of 2014, and I'm rather overjoyed.

The fact that oversharing exists at all as a noteworthy notion is a relief, because I'm afraid that our younger generations could grow up having no idea what it even means to overshare.

Chambers defines it as being "unacceptably forthcoming with information about one's personal life."

I recently conducted an unscientific survey of three teenagers -- who may or may not be related to me -- about the meaning of oversharing. My findings revealed nothing, which told me everything.

Which is to say, those young folks were hard pressed to identify oversharing.

They don't think it's weird when their friends Instagram photos of their new toenail polish, or tweet that they just saw a squirrel.

It's beyond TMI -- oversharing is not just too much information; it's incessant sharing of non-information -- breaking news about your gluten-free diet complete with duck face selfies.

We all want to feel special. To my knowledge, there are pretty much two ways to be interesting:

One is to actually do interesting things, achieve the remarkable.

The other way to be interesting is to be interested, curious about the world and about other people -- not relentlessly revelatory about yourself.

As far as I can tell, both of these usually involve putting down your smartphone.

To be truly curious is to be humble, even discreet. ["Discreet," by the way, is a word. If you are under 20, please look it up.]

Like all vices, oversharing has its consequences. Recent studies identify a malady called "text neck." The angle at which we ceaselessly check our smartphones creates a 60-lb. stress on our necks that can cause serious permanent damage. Also, someone might club you with your selfie stick.

Not that I'm any good at it, but the beauty of meditation is that it liberates us from our own thoughts. Shouldn't we do the same favor for everyone else? Give them a break from our status updates?

Oversharing was around when I was a youngster. It occurred in a thing called a diary, which was "a book" full of "paper" in which you wrote, using a "pen." You were the only one who saw it, and you overshared with yourself through more than 140 characters.

​Lessons to be learned from a one-room schoolhouse

​The Lusitania disaster: A "maritime grassy knoll"
Thanks for reading CBS NEWS.
Create your free account or log in
for more features.
View CBS News In
CBS News App Open
Chrome Safari Continue
Be the first to know
Get browser notifications for breaking news, live events, and exclusive reporting.