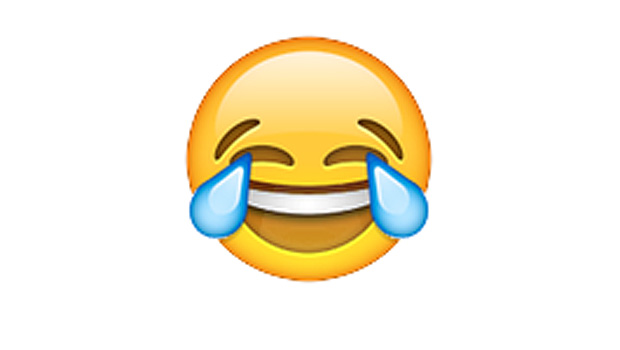 As the New Year approaches, many of us are taking time to look back, including our contributor Faith Salie:

Lots of noteworthy things happened for the first time in 2015. Just to name a few: the first IVF puppies were born; the Church of England chose its first female bishop; and scientists captured a photo of light as both particle and wave.

And -- are you ready for this? -- for the first time ever, the Word of the Year isn't a word. It's a pictograph.

Oxford Dictionaries chose the "Face With Tears of Joy" emoji as the "word" that best reflected the ethos, mood and preoccupations of 2015.

Some may find Oxford Dictionaries' explicit nod to the prevalence of pith and shorthand in our social media-driven world lamentable; others may view the "Word" of the Year as progressive; and the youngest among us will just see it as life as they've always known it.

I take it as a visual reminder that some wonderful things happened this year.

Yes, we faced tragedies, ruthless terrorism, and perplexing political movements; but let's not forget we also had reasons to cry from happiness.

When the Supreme Court ruled that gay people deserve "equal dignity in the eyes of the law," and granted same-sex couples the right to marry, many of us shed tears, bearing witness to something we only dared to hope we'd see in our lifetime.

While the conflict over where and how to place Syrian refugees continues, here's a story to choke you up in a good way: a picture of a 33-year-old Syrian refugee trying to sell pens on the street of Beirut while carrying his sleeping daughter, went viral.

Online donations made it possible for him to open three local businesses and hire 16 refugees. And he gave away $25,000 to loved ones in Syria.

We heard a lot about police misconduct in 2015, but you may not have heard this story: Two Texas cops pulled over a man and saw the driver's young daughters weren't in booster seats. This man had no home and no money. Instead of fining him, the officers drove straight to Walmart and bought three hot pink car seats for the girls.

Are you crying yet?

Perhaps closer to home, you can celebrate the fact that drinking coffee can help you live longer, and drinking wine could help control diabetes.

We've all had our moving moments this past year. I wrote my first book, and my three-year-old potty trained himself. Perhaps you ran your first marathon or met your beloved, or finally succeeded in folding a fitted sheet.

There is such goodness in our world, such happiness in our lives, if we take the time to recognize it.

So here's hoping that your 2016 will be another year filled with many tears of joy.