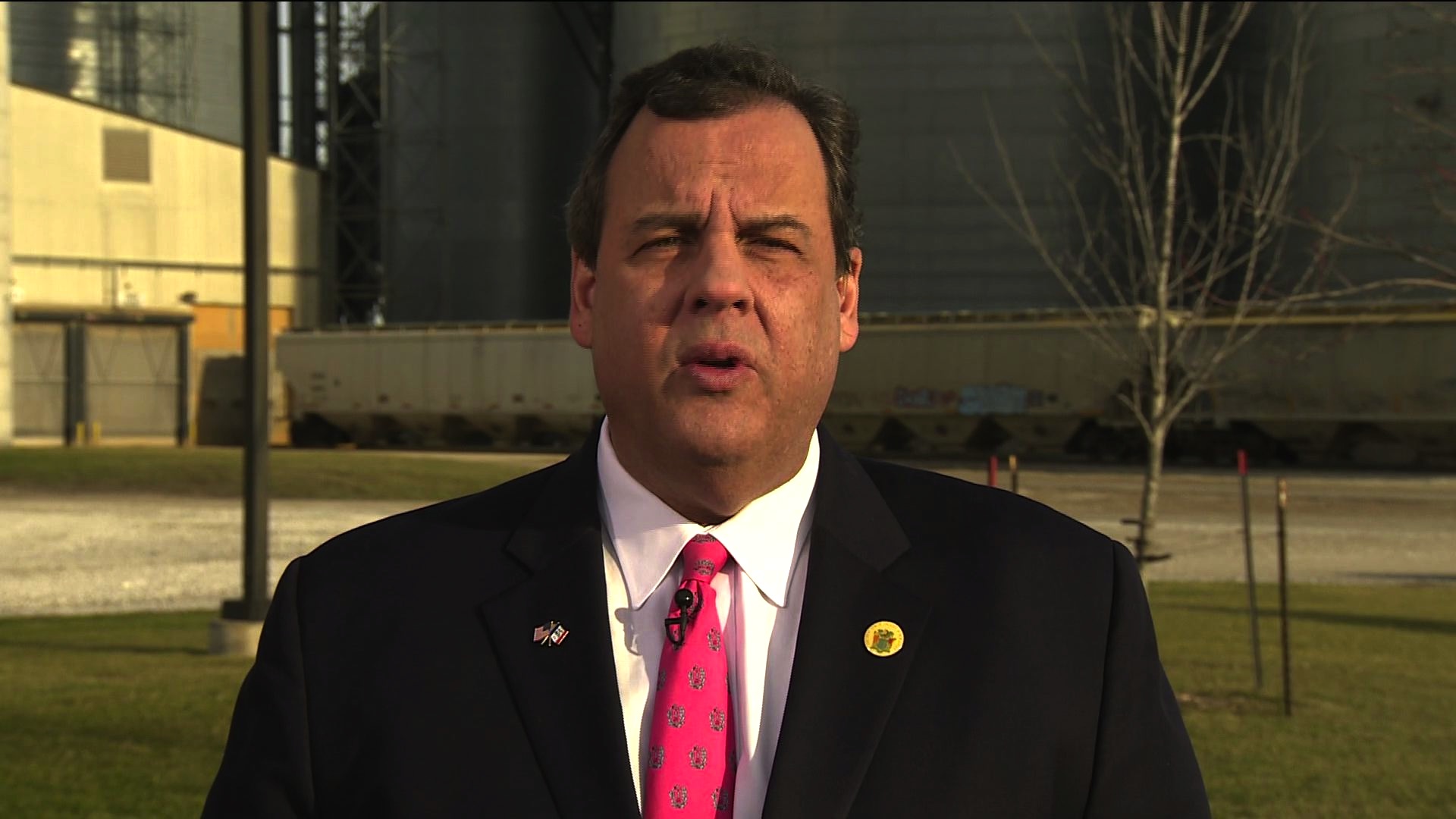 New Jersey Gov. Chris Christie criticized President Obama and Congress for placing limits on the governments ability to spy on its citizens, arguing that increased intelligence and law enforcement activity are the only way to keep the the country safe.

"If a developmentally disabled center in San Bernardino, California, is a target, then every place in America is a target," Christie said, referring to last weeks' shooting in San Bernardino. "That's why it was so wrong for Congress and the president to pull back on our surveillance capability with the [National Security Agency], so wrong to demoralize our intelligence community through the report they issued at the end of this last year."

"The fact is that we need to strengthen our intelligence, strengthen our law enforcement community, and just work as hard as we can to try and intercept this knowing that in a free and open society, we not going to be able to stop every attack," he added in an interview with CBS' "Face the Nation."

When moderator John Dickerson asked pointed out that the NSA still had its full surveillance capabilities in the months preceding the San Bernardino shooting and said there was no evidence yet to show they had missed something, Christie pointed to the major terror attack in Paris last weekend.

"I don't know as to San Bernardino. But I think certainly vis-à-vis Paris, our pulling back and our lessening our resources on intelligence, which the president has done also, has created a big problem. And I think we're going to see that Paris was an intelligence failure," he said.

Unlike his fellow Republican presidential candidate Donald Trump, who said in a separate "Face the Nation" interview that "there can be profiling" of Muslims, Christie said that's not necessary to protect the American people.

"Increased surveillance, creating relationships with mosques in the Muslim American community across the country. We did that after 9/11 and prevented attacks in New Jersey and all across the country," he said.

He also faulted President Obama and the Democratic frontrunner, former Secretary of State Hillary Clinton, for what he sees as "leadership by euphemism."

Dickerson also asked Christie about his views on gun control, which have changed as he has abandoned support for a ban on assault weapons. Christie said he's "grown up a bit" and has "been educated on it" in the 20-plus years since he thought semiautomatic rifles should be banned.

In a portion of the interview released earlier this weekend, he said a front-page New York Times editorial calling for stricter gun laws was "typical liberal claptrap."

"The fact is that what we need to be focused on here are two issues. Taking criminals who commit crimes with handguns and putting them in jail. And we have to work on our mental health system in this country to give doctors and caregivers greater latitude to involuntarily commit folks who have mental health issues and who don't want to take their medication and help themselves," he said.