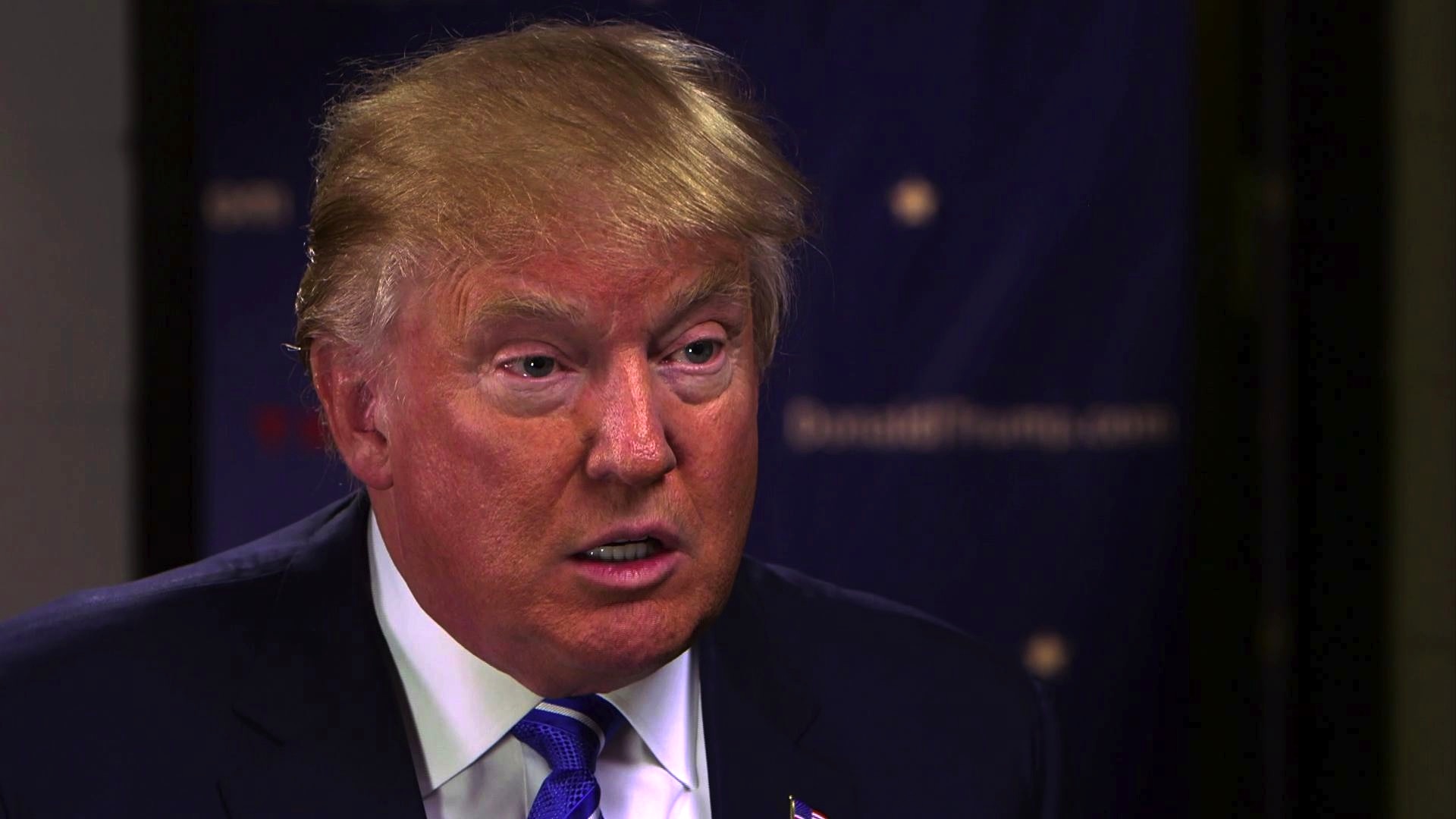 Republican presidential candidate Donald Trump is defending his public remarks about Muslims in America, saying he is advocating common-sense positions rather than playing on people's fears.

Earlier this week, Trump said in a Fox News interview that the U.S. should "take out" the families of terrorists. He has also said he wouldn't rule out the idea of requiring American Muslims to register in a database.

He said Sunday that "there can be profiling" of Muslims but stopped short of calling for a Muslim-only database.

"If you have people coming out of mosques with hatred and with death in their eyes and on their minds, we're going to have to do something," Trump said.

He lamented the fact that some neighbors of San Bernardino shooting suspect Syed Rizwan Farook reportedly did not report suspicious activity at his home because they worried they would be profiling.

"If they thought there was something wrong with that group and they saw what was happening, and they didn't want to call the police because they didn't want to be profiling, I think that's pretty bad," he said. "Everybody wants to be politically correct, and that's part of the problem that we have with our country."

He also said that the "tremendous problem with radical Islamic terrorism" won't be solved until President Obama "gets the hell out" of office.

Trump has encouraged a heightened focus on the families of suspected terrorists. In a portion of the interview released earlier, he said he did not believe Farook's sister was unaware of the shooting plot as she said in an interview with CBS News.

"I would go after a lot of people and find out whether or not they knew. I'd be able to find out. Cause I don't believe the sister," he replied.

He also said he would "certainly go after the wives" of terrorists and said he would "be very tough on families, because the families know what's happening."

As an example, he said that the 9/11 attackers "put their families on airplanes a couple of days before, sent them back to Saudi Arabia for the most part. Those wives knew exactly what was going to happen. And those wives went home to watch their husbands knock down the World Trade Center, the Pentagon, and wherever the third plane was going... Those wives knew exactly what was happening."

His other proposals to fight terror attacks include allowing more people to carry guns and changing the way the government and media label those who plan terrorist attacks.

Additionally, he said, the U.S. needs to get better at countering internet propaganda by the Islamic State of Iraq and Syria (ISIS).

"The press is making them into something, they're making them into Robin Hood. And young people and other people are following," he said. "We came up with the Internet, but they're using it better than we do."

One thing Trump did not say he definitely supported: to ban people on the no-fly list from purchasing firearms. A Democratic bill to enact that plan failed in a Senate vote the day after the San Bernardino shooting.

"I'd certainly take a look at it. I would. I'm very strong into the whole thing with Second Amendment -- but if you can't fly, and if you've got some really bad -- I would certainly look at that very hard," Trump said.

He also said that "people could look at" those who are amassing a large collection of ammunition, but "we can't do anything to hurt the Second Amendment. People need their weapons to protect themselves, and you see that now more than ever."