NEW YORK (CBSNewYork) -- Some areas of the country could be seeing the coldest weather in a generation, brought to us by something called a "polar vortex." So what is it?

As CBSN New York's Elise Finch explains, it's a core of polar air. 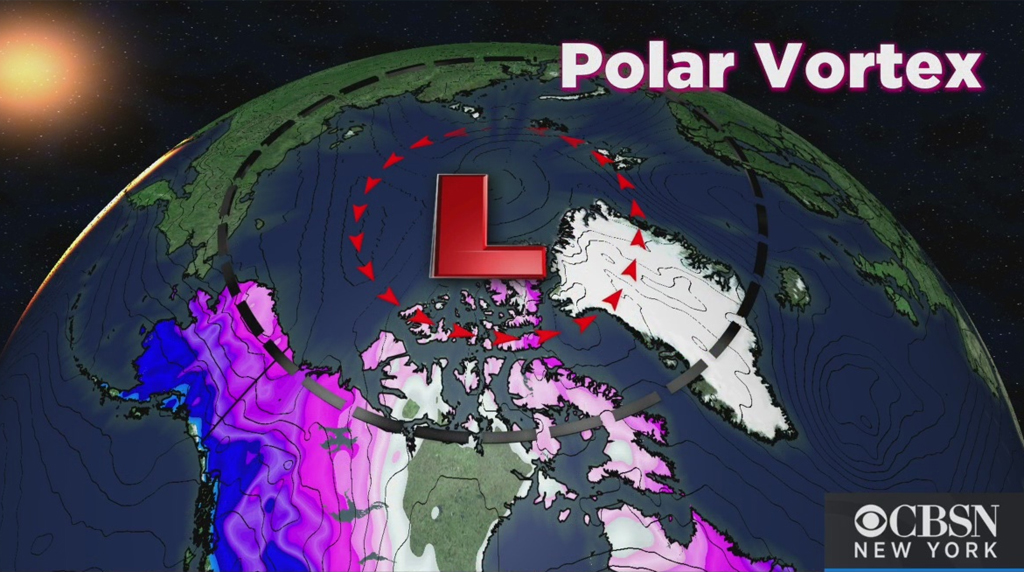 MORE: With Polar Vortex Coming, Here's What You Need To Know

The area of counterclockwise-rotating of cold, dense air, typically piled up at the North Pole, is spreading due to low pressure weakening.

That brings a bitter blast of polar air wherever it goes, hence a polar vortex.

The spells can last up to several weeks, until the cold air mass returns to its prior state. In this instance, we are expecting the cold snap to last just a few days. Click here to check the current forecast.

Wednesday's dropping temperatures are also going to be complicated by a snow squall: A quick-moving system that brings snow, gusty winds and low visibility. It's essentially a burst of snow that lasts, typically, less than 30 minutes.