Actually, perhaps "grace" is not the right word to describe Taylor Swift's photo on the cover of Rolling Stone, which hit news outlets today. Maybe a better word is "rocks." Because the image reflects what many of us are coming to understand--that the shy, innocent version of Taylor is starting to fade away. This comes naturally, of course, with growing up, but can only be exacerbated by falling in and out of love in public view, and constantly battling rumors in the press.

The article itself is a must-read for Taylor fans. She addresses several issues, including rumors that she cheated on Conor Kennedy with his cousin Patrick Swarzenegger; allegations about her motivations for dating Conor; and crashing Kyle Kennedy's wedding with Conor.

She even spoke to the magazine about her feelings on love. ""You have to fall in love really fast, without thinking too hard," she explains.

And, of course, she talks music. "I really wanted to experiment with my sound and the amount of colors I can paint with. Each song [on Red] is so different from any other song, it's a really exciting experience to listen to the album from top to bottom."

And that cover image? It's not girl-next-door Taylor anymore--the young woman we see seethes a certain sexiness, dressed as she is in short-shorts, draped in an oversized letter jacket, with hair and eye makeup ever so slightly mussed. The image doesn't dismiss her past, but it does show her, well, growing up and moving forward. 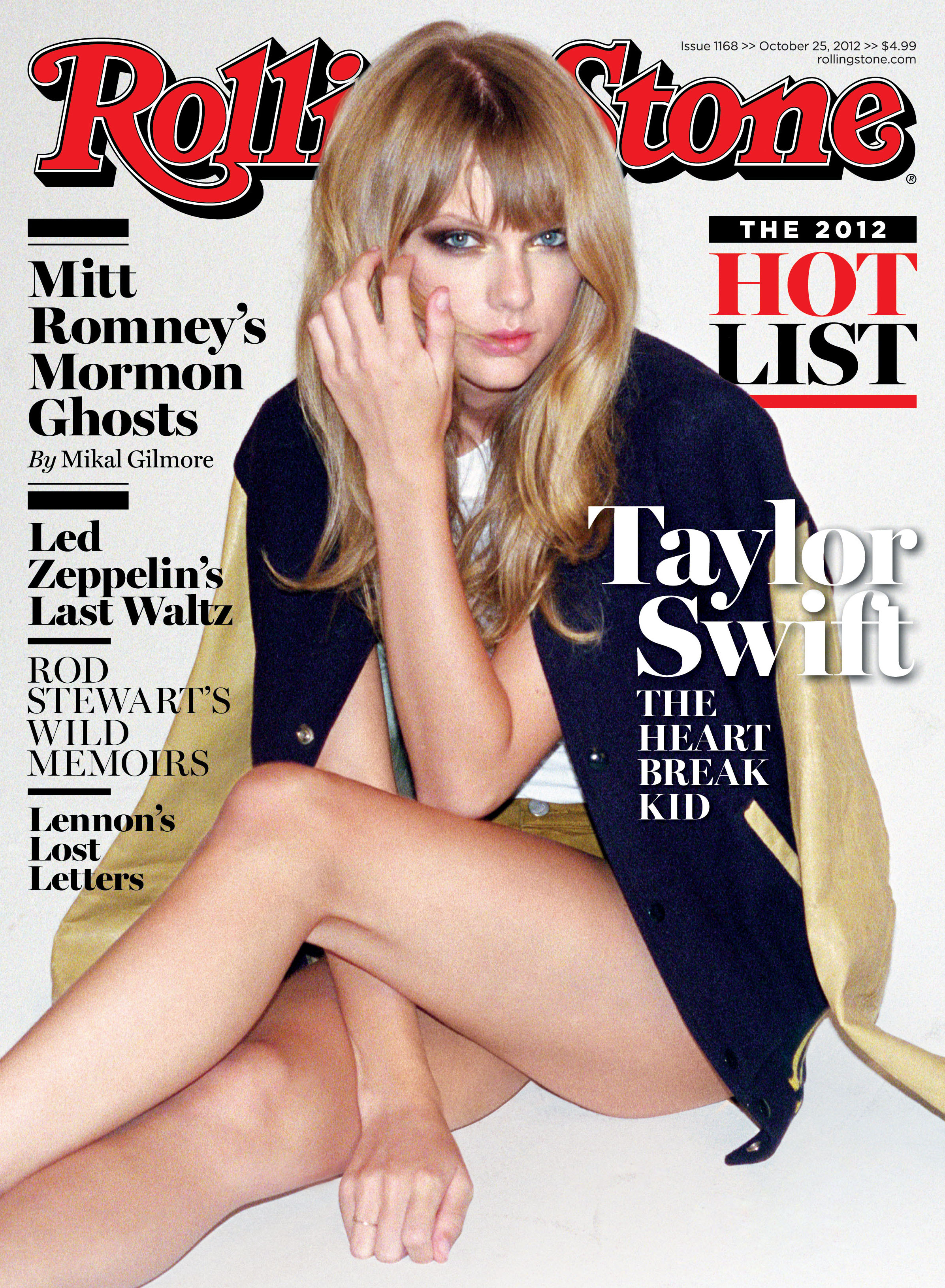 Besides defending herself to the media, Taylor has many positive aspects of her life to be concerned about. These include her recent American Music Awards and American Country Awards nominations. And, of course, her brand new album Red, songs from which she's been previewing all this month.

What do you think of Taylor's cover photo?