You may be surprised to know all that goes into picking an album title, and what it takes to get approval for said title. During an exclusive backstage interview with Tim Roberts, program director of Detroit's 99.5 WYCD, John Rich and Big Kenny of Big & Rich reveal the story behind the title of their upcoming album, Hillbilly Jedi.

“Kenny and I feel like this record is - it’s a piece of work," says John Rich about the duo's first new record in over three-and-a-half years. It's a compilation of songs from “12 years ago to 5 months ago,” and the songs include some of the first they wrote together and some of the most recent. "It's really something we're proud of." 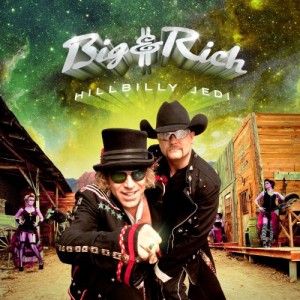 The last song on the album, the “Medley of the Hillbilly Jedi”  contains a collection of songs that they have put together the “past decade of our lives.” Kenny explains that they had to “live the life to write the songs. Now we each have children, wives, and lives of a different kind of scenario that we can write new music about." He refers to songs like “Last Words” and treats us to a small sampling as he breaks into song.

With a grin just as big, John Rich says, “you know it’s good when Kenny is smilin’ so big you can see his molars."

John Rich relates the album to his known beverage of choice, “this record is like a shot of Crown Royal, chilled, with a Crown Royal back." 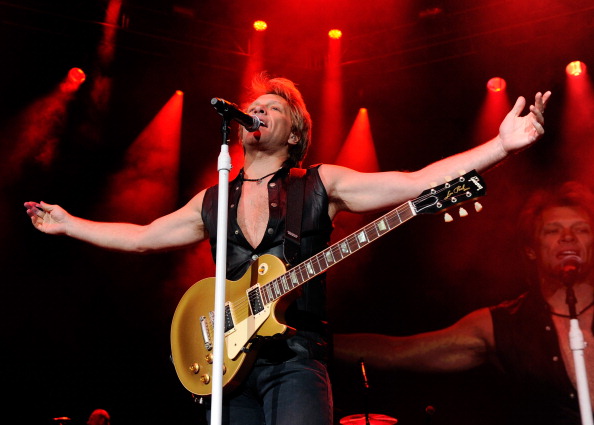 So what's the story behind the album title? And how does Jon Bon Jovi figure into the story?

John Rich explains that he and Kenny have become friends with Jon and Richie Sambora, “who have really been amongst the kindest people we have ever met. We're their 'country cousins.'" A few years back, explains John, he and Kenny got to write a song with Bon Jovi called “We Got It Goin’ On” (hear Bon Jovi tell the story behind their collaboration on that song).

So when it came time for the new Big & Rich album, John says that Kenny simply picked up the phone to see if "Jon Bon" might be available to work with them again. "They were incredibly excited about it," says Kenny. They met up in New York with Jon Bon and spent two days writing and recording two songs for this new album.

As for the title, one of the songs, John explains, has the line "Hillbilly Jedi’s with attitude,” and “Jon Bon looked at us and said, 'If there were ever Hillbilly Jedi’s, it’s the two of y’all.'” Thinking that would be a great album title, they started throwing it around as a joke. Big & Rich’s label, though, told them it was a “nice idea, but it’s not gonna happen. The word ‘Jedi’ is owned by George Lucas, and George ain’t gonna let y’all use it.”

Later at a charity event, Big Kenny broke the news to Jon Bon. What happened next? Jon Bon simply picked up the phone, on the spot, and called George Lucas to ask about using the term ‘Jedi's.’ George told him yes, as long as they use “Jedi and not Jedi’s, because Jedi is both singular and plural. So if they are going to use the word, use it correctly.”

Watch the full video interview with Big & Rich on WYCD.

Hillbilly Jedi will be available in stores and online September 18.