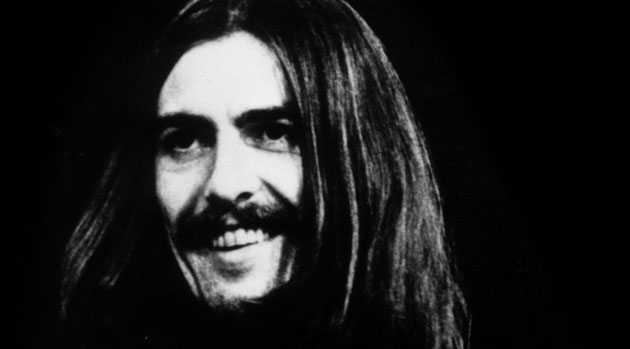 The former Beatles guitarist, George Harrison, interviewed with radio disk jockey Scott Muni in 1987 to discuss Harrison's collaboration with his co-producer Jeff Lynne and his history with the world-renowned group.

According to Harrison, America always seemed to be an inspiration for The Beatles

"We used to look to America for all those great records, and clothes and guitars, and anything good seemed to be from America," said Harrison.

Before The Beatles even came to America it seemed they had established a connection with nearly everyone, especially the press.

"When we first came in to America and the kind of attitude The Beatles had with the press, which I think we scored really highly on that level but we did it just naturally and I think we just naturally had that humor and still to this day I like to have a laugh and you know, have a sense of humor but I think that was being born in Liverpool and they say that's a great place to be from. Everyone from Liverpool is a comedian," said Harrison.

Because of his accent, Harrison's humor came across in most of the songs he sang as well.

"There is a lot of what I'd call 'liverpoolness' which is in the way you'd say certain things. I have difficulty pronouncing certain words without the Liverpool accent. There's always at least one or two words in every song lyric that gives it away. Things like 'her' and 'her,' [hair], 'her her [hair] was blonde,'" Harrison said.

One of the reasons Harrison went out on his own in 1970 was the growing popularity of his songs including, "For You Blue," but the group's reluctance to include his music.

Harrison was in studio with Muni to discuss cuts from his latest album, Cloud Nine, which launched in November 1987 shortly after the interview. The album was co-produced by Jeff Lynne with the exception of one song.

[EXCLUSIVE PHOTOS] The Beatles Perform on the Ed Sullivan Show

"There's only one other song that is not a collaboration with Jeff and I which is the song they've chosen as the single, "Got My Mind Set On You," which comes off a very old album I've had in my collection for years, and it's written by a guy I know nothing about named Rudy Clark."

Harrison's rendition of "Got My Mind Set On You" made it to the top of the charts, coming in at Number 1 in the US and Number 2 in the UK.

After a short break to divert his attention to other interests, Harrison came back to music production which led him to Cloud Nine.

"I think it's been five years since I did my last album, but in between that time I've been busy. It's not like I haven't done anything because for instance I spent six months of last year writing songs and doing a soundtrack for a movie... I'm constantly composing…but I had a number of years away from it and I was feeling good about the idea of doing a record on the condition that I could find a producer to work with me who could help share the load."

Listen to Scott Muni's complete interview with George Harrison from 1987 below:

An interview with George Harrison - 1987