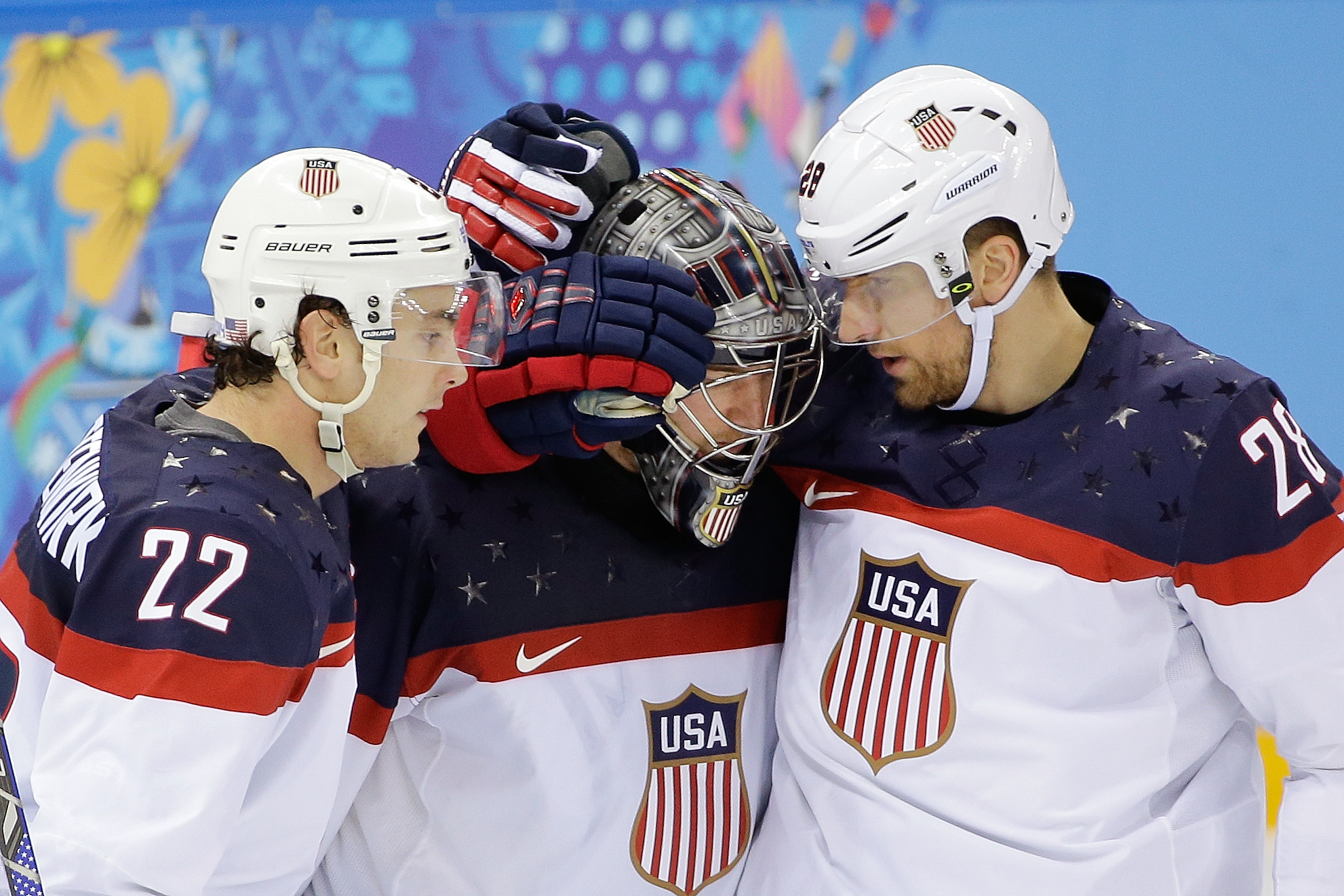 SOCHI, Russia -- Twenty four hours after the American women fell to the Canadians, the U.S. men will try to make sure they don't have the same fate.

The U.S.-Canada hockey rivalry starts from childhood, particularly for players who grow up near the border. Although they're often pals and teammates in the NHL, their friendships evaporate if they're ever lucky enough to face off at the Olympics.

"There's a lot of animosity, a lot of feelings like there's something to prove between both teams," Canada forward Jonathan Toews said.

The rivalry gets its latest chapter at the Bolshoy Ice Dome on Friday in the Olympic men's hockey semifinals. It's got plenty in common with Sweden's rivalry with Finland, which continues in the other semifinal in Sochi shortly before the Americans face the Canadians.

Each game is a rematch of a gold-medal match from one of the past two Olympics. The winners will advance to Sunday with a prize that's nearly as beautiful as a gold medal: a victory over their biggest rivals.

"Growing up, it's always the team you have to beat to win a championship," U.S. defenseman Kevin Shattenkirk said. "We're used to it now. We know we're always going to have to play Canada if we want to accomplish our goal."

CBS News' Steve Futterman reports that the game is sure to bring back memories of four years ago in Vancouver, when the Americans and Canadians met in a gold medal game for the ages. The U.S. captain, Zach Parise, tied the game in the final seconds to force it into overtime. But in the overtime session, the Canadian captain, Sidney Crosby, scored the gold medal-winning goal.

With 24 American and Canadian players returning from the Vancouver Olympics' decisive game, there's no shortage of motivation. There's also a wealth of mutual respect between North America's hockey powers, who have both gone unbeaten through four games in Sochi.

"It's a team that you want to be able to beat to say that you played through the best," U.S. forward Patrick Kane said. "You've got to respect them, but at the same time, we have a chance to prove we're in the same sentence with Canada."

The U.S. hasn't won a men's hockey medal outside of North America since 1972, while Canada hasn't done it since 1994. Canada has won two of the last three Olympic golds, but the Americans are in an ideal position for that breakthrough win and a chance to win their first hockey gold medals since the Miracle on Ice in 1980.

They've had the most impressive run in the Sochi tournament, getting consistent offense from four lines led by Phil Kessel, who has five of the Americans' 19 goals. They also earned the tournament's most memorable victory when T.J. Oshie shot - and shot, and shot, and shot - to stardom in a shootout victory over Russia.

But nobody is playing defense like the Canadians, who have yielded just three goals in four games - admittedly against some relatively unintimidating opponents. Goalie Carey Price has been solid for Canada, while Jonathan Quick has been equally good for the Americans.

"It's what it's all about, Canada-U.S.A.," said Toews, Kane's teammate in Chicago. "It's become even a bigger rivalry than Canada-Russia. ... It doesn't get any better than that, playing for your country and going against the United States. There are millions of kids that grow up dreaming of this situation. We have a chance of making a dream come true."

Nearly everybody on the ice will have a valuable NHL teammate or lifelong friend in the other uniform, but that only makes the competition more visceral. Shattenkirk and U.S. center David Backes will go against Alex Pietrangelo and Jay Bouwmeester, their top defensive pairing back home with the St. Louis Blues.

"We had that conversation before we left," Backes said. "We're going to wear our country's colors and play as hard as we can for our countries. We'll figure out those relationships when we get back to our respective teams. Maybe it takes a cold beverage and someone has to buy dinner, but we'll smooth that out after."

The connections run deep and wide: U.S. coach Dan Bylsma and defensemen Paul Martin and Brooks Orpik will be back in Pittsburgh in four days with Crosby and Chris Kunitz, but first they'll try to extend Crosby's goal-scoring drought to a fifth game.

Canada has stayed in the tournament with timely scoring from its defense while 10 of its 14 forwards haven't scored goals at all - including John Tavares, who's out for the Olympics with a leg injury.

When Bylsma was asked how to fix Crosby's game, he was blunt: "I haven't seen Sidney Crosby in 12 days. ... I'm not fixing anything."

Canada defenseman Drew Doughty and forward Jeff Carter say they have no particular insight about how to score on Quick, their Los Angeles Kings teammate.

Although if the big rivalry game goes to a shootout, Doughty said he would love to try.

"We want those bragging rights for the rest of the season," said Doughty, who has four goals in Sochi. "For the rest of your life, really. ... I want to beat them so badly. We're big rivals, us and the U.S., especially after our last Olympics. It's going to be a lot of fun."