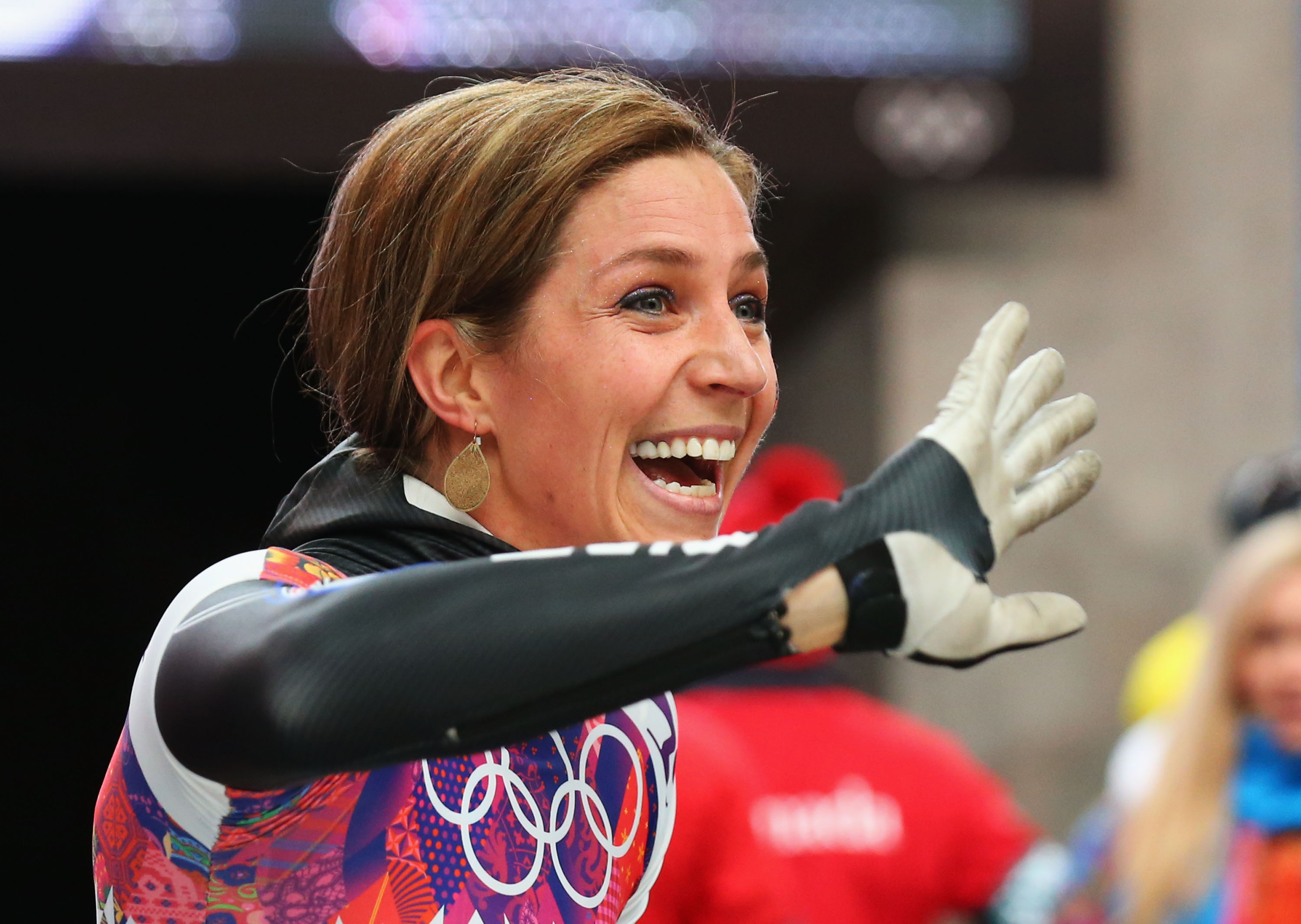 The similarities end there.

Calling it a perfect ending, Pikus-Pace capped her skeleton career with a silver medal at the Sochi Games on Friday night, a result that will let her go into retirement feeling completely fulfilled. The margin between her and gold medalist Lizzy Yarnold of Britain over the four-run competition at the Sanki Sliding Center was nearly a full second, a margin that left no doubt who deserved the title.

And when it was over, Pikus-Pace couldn't stop crying, though that had nothing to do with the result.

So ends a quintessential Olympic story. Her leg was shattered by a bobsled in 2005, costing her what would have been a huge chance for gold at the 2006 Turin Games. A mistake cost her a bronze medal in 2010 at Vancouver, the fourth-place finish there in what she thought would be her last race - by a mere tenth of a second - causing heartbreak and sending her into long sobbing fits.

For years, she tried telling just about everyone close to her that she was fine. For years, they knew otherwise. And when she returned two years later, those in her camp knew it was for a medal.

"Was it worth it? Oh, yeah," her husband, Janson Pace, said. "Worth every second."

He was the one who talked her into returning two years ago, after she miscarried what would have been the family's third child. She resisted, saying she didn't want to leave her family. A compromise was struck; the family would go on tour together, and find a way to make it happen. Sponsorships helped, other donations helped, and somehow it all worked out.

Lacee, the couple's older child, was talking to her mom in the hours before Friday's final two runs, something that Pikus-Pace hoped would be an intense conversation.

"You'll remember this the rest of your life," Pikus-Pace told her daughter.

In Lacee's defense, she just turned 6.

Pikus-Pace badly hurt her back not long after delivering the couple's second child, and those disks remain problematic today. But at the Sochi Olympics, a new issue presented itself - concussion-like symptoms that kept her from doing anything besides the minimal two official training runs needed to be eligible to slide in the competition.

She had vision problems, which isn't optimal in a sport where sliders top 80 mph with their heads just inches from the ice surface. She talked about having a bit of vertigo in the news conference that followed late Friday night. She was so tired during competition on Thursday that she actually fell asleep between Runs 1 and 2, waking up when a volunteer told her she was due on the ice in a few minutes.

And despite it all, she finished second.

"Every race I write down three goals for myself and my No. 1 goal was: 'This is it. Don't get scared now,'" she said, laughing. "I just wanted to go out there and enjoy it and I did. Between runs I gave my coach Tuffy Latour a big hug and said, 'This is it, this is what we've come all this way to do, to be here in this Olympic moment.' And we did it and when I came down and I crossed that finish line, we truly did do it."

Within moments of completing her final trip down a track, she jumped over the wall, hopped into the bleachers and embraced her family. Lacee, upon learning that her mom won a medal, asked if she was getting a new necklace. Her family started figuring out how the media blitz of the next couple days would work.

"Honestly, getting hit by the bobsled, people look back and say, 'Oh, man, that's horrible,'" Pikus-Pace said. "Taking fourth in the Olympics, people say, 'Ah, too bad, that stinks.' And then I had a miscarriage at 18 weeks and many tears were shed, but if I hadn't gone through every one of those things I would not be here today, and this is right where I want to be and to have my family is beyond words. I am beyond words."

On Saturday, she gets the medal. A few days from now, she'll be back in Eagle Mountain, Utah, with big plans - like maybe joining a PTA, or doing some baking.

She'll keep telling her story, too. And her message will be very simple.

And Pikus-Pace know about making the most of every minute, as evidenced by this recent AT&T Olympic ad: