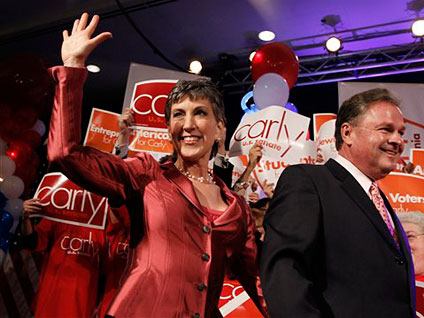 Some notes from the returns in the June 8th primaries: We've watched three very tough primary battles unfold these last few months. Now the winners face the task of gathering their partisans together and heading into the general.

Here's a few thoughts on what the returns tell us about that.

One reason Blanche Lincoln was able to succeed: turnout - and especially around Little Rock. While statewide voter turnout declined (not unexpectedly) a bit from the May primary, Lincoln maintained roughly the same raw vote totals around Little Rock as she received on May 18th, pulling in around 30,000 votes in those counties in each of the two contests, and kept her numerical edge in that area.

She may have been helped in that regard by former President Bill Clinton's visit, or also by a hotly contested runoff for the Democratic nomination for the House in the Arkansas second district, between Joyce Elliot, who won over Robbie Willis, in an area encompassing those same Little Rock counties.

But this Lincoln-Halter race was close (52% - 48%) and that has implications for the fall. In percentage terms, Lincoln did just slightly better over Halter this time than in May, and in raw terms she won by 10,000 votes out of more than a quarter-million cast.

Meaning: there are 123,000 Democrats who voted for Halter - and are dissatisfied enough with Lincoln that they came out on a hot Tuesday in June to do it. While many may return to her in November, as often happens after primaries, Lincoln is likely to need them all and then some when she takes on GOP nominee John Boozman, because this is now a Republican-trending state.

John McCain carried it easily in 2008, an even bigger edge than George W. Bush got... and when Lincoln won back in 2004, she needed strong support from liberal Democrats -as well as moderates - to do so.

It's also important to consider the forces of labor and grassroots progressives that were instrumental in Bill Halter's campaign. Those may not be the determinative forces in Arkansas politics, but they're part of a Democratic base that will be essential if Lincoln is to compete.

So Lincoln narrowly avoided becoming the second Democratic Senator to lose in a nominating contest (following Arlen Specter) and third overall (counting Bob Bennett in Utah's convention, on the GOP side.)

Score one for incumbent senators, then, but for Lincoln the result defines a task as much as a victory.

In California, Carly Fiorina won comfortably, which was as the pre-election polls had indicated. Fiorina took the lead on the strength of a late surge and advertising in the closing weeks, pulling away from what had been a tight race with Tom Campbell.

As she sets her sights on Barbara Boxer now, Fiorina will also of course look to consolidate the Republican base in the state - in usually-blue California, that'll be especially important.

To that end, when we look at counties where statewide Fiorina will need to do very well with Republican base voters and amass strong vote totals in November, she did well in the primary last night. She gained above 50 percent in the three-way contest, and in some cases over 60 percent (with vote counts still coming in as of this writing) in such key places inland such as Riverside and San Bernadino where she got six in ten votes. She also got a majority in the stronghold of Orange County, did very well in San Diego and Fresno, and Kern to name a few... A sign, perhaps, that it sets up a doable task.

In Nevada, by the numbers Sharron Angle won where it counted: namely, in Clark County, where the bulk of the state's voters are -- and which might have until recently been thought of as runner-up Sue Lowden's stronghold around Las Vegas. And she won comfortably around Reno (though for less numerical vote payoff.)

Angle's win sets up what could be the most spirited campaign of the fall between two candidates each with challenges ahead of them. Angle thus far has been talking to the GOP base, of course (using the last midterm as a marker, two-thirds of Nevada Republican voters called themselves conservative) and it looks like just under half of registered Republicans participated in this primary.

Now she'll look to take her Tea Party-backed message to independents and moderates. Reid, whose job approval has been low for an incumbent, will surely look to portray himself as more appealing to independents and moderates than Angle. The timing of the primary is important here, coming relatively early in the year in June, with months for each candidate to work on getting that message out.

Anthony Salvanto is CBS News Elections Director. You can read more of his posts in Hotsheet here.