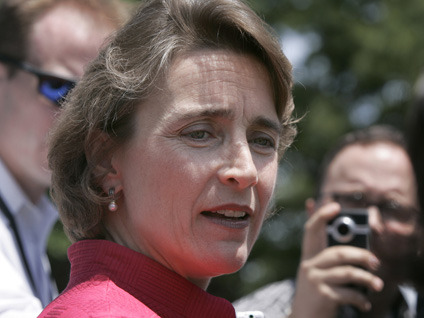 In a mark of the nation's anti-incumbent, anti-Washington mood, Sen. Blanche Lincoln of Arkansas will have to fight off her Democratic primary challenger Lt. Gov. Bill Halter in a run-off, according to the Associated Press.

Little Rock businessman D.C. Morrison also ran, leaving no candidate with a majority of votes. Consequently, there will be a run-off on June 8.

Lincoln won the ire of the Democratic base because of her perceived ties to corporate interests and by flip-flopping on the public option in the health care debate. Halter, subsequently, won the support of labor unions and liberal activists.

Nevertheless, Halter has said that simply denying Lincoln 50 percent of the vote should be considered a victory for him, given that Lincoln has served in Congress for 16 years and chairs the powerful Senate Agricultural Committee.

In this increasingly right-leaning state, neither Lincoln nor Halter are very far-left candidates. However, faced with a tough primary challenge, Lincoln has taken a strong stance in the financial reform debate, pushing for legislation to add strong new regulations to the derivative market.