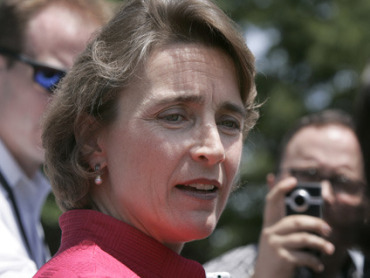 How did Sen. Blanche Lincoln pull victory from the jaws of defeat? As of Tuesday morning, her top consultants were privately predicting a loss. But Lincoln closed stronger than she thought. A last-minute campaign visit from Bill Clinton, along with radio ads from President Obama, energized the African American vote in key precincts. Across the state, Lincoln did better in almost every county compared to her performance in last month's go-round.

Inevitably, the $10 million that labor unions spent to teach Lincoln a lesson will be seen as wasted money by Democrats in Washington, who wonder whether the expenditures were worth it. Labor's interests were parochial: don't take us for granted, or we'll come after you, even in a state with low union density. And it is somewhat remarkable that a Southern Democrat nearly lost to a challenger who generally ran to her left.

So unions wanted to make an example out of Lincoln, and they made their point. Democrats are still going to have trouble in the fall; the White House is going to have some tough conversations with its labor allies about spending, and the financial regulatory bill -- Lincoln is a key player -- is not going to be much effected.

The same Democrats who privately predicted a Lincoln loss are now privately dismissing any chance she has of winning the general election in November. Based on their track record, maybe we should wait a few weeks and see how the state's voters reorient themselves.

The fact that Lt. Gov. Bill Halter forced Lincoln into a run-off should have been the end of Lincoln. That it wasn't says something about the weirdness of the race. Labor welcomed the opportunity for the race to become a referendum on their priorities, but apparently, enough voters in Arkansas didn't like being used as proxies in a larger fight for the soul of the Democratic Party.