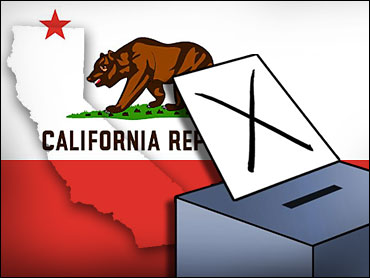 As it has done so often in the past, California used its century old direct-democracy tool to enact a radical change in its election process. By passing Proposition 14, Californians have effectively abolished party primaries.

Starting next year, candidates running for the state legislature, the U.S. Congress, or statewide offices will compete in a non-partisan "Jungle primary." Whether Republican or Democrat, Libertarian or Green Party or Tea Party, everyone's in the same contest, and only the top-two vote-getters will compete in November.

While in most cases this will result in a Republican vs. a Democrat, there's no guarantee that this will happen. In fact, in districts that tilt heavily toward one or another major party, it's entirely possible that November will see two Republicans or Democrats as finalists. What's even more likely is that minor parties will effectively be eliminated from any voice at all in November--one reason why a court challenge to the "Jungle Primary" is inevitable.

Proposition 14 was strongly supported by Gov. Arnold Schwarzenegger -- who came to the governor's chair in 2003 not by way of a Republican primary (which his liberal social views might have prevented him from winning) but via the recall mechanism that removed his predecessor, Gray Davis, while simultaneously electing Schwarzenegger.

Schwarzenegger and fellow supporters argue that the all-in primary will force candidates to appeal to the moderate center, potentially ending the gridlock that has paralyzed California's state legislature (Democrats fear to challenge the power of public employee unions; Republicans fear that any step toward anything that looks like a tax increase will trigger a primary against them).

Opponents warn it will still the often valuable arguments of minor parties, and may in some cases -- where hordes of Republicans and Democrats enter a primary -- result in two fringe candidates making it to the finals.

While Washington State and Louisiana have adopted forms of the "Jungle Primary" without radical consequences, there is no real way of knowing what may happen if the most populous state in the Union so drastically alters its political process. Down the road, the adoption of Proposition 14 may turn out to be the most significant vote of the night.

Jeff Greenfield is CBS News' senior political correspondent. You can read more of his posts in Hotsheet here