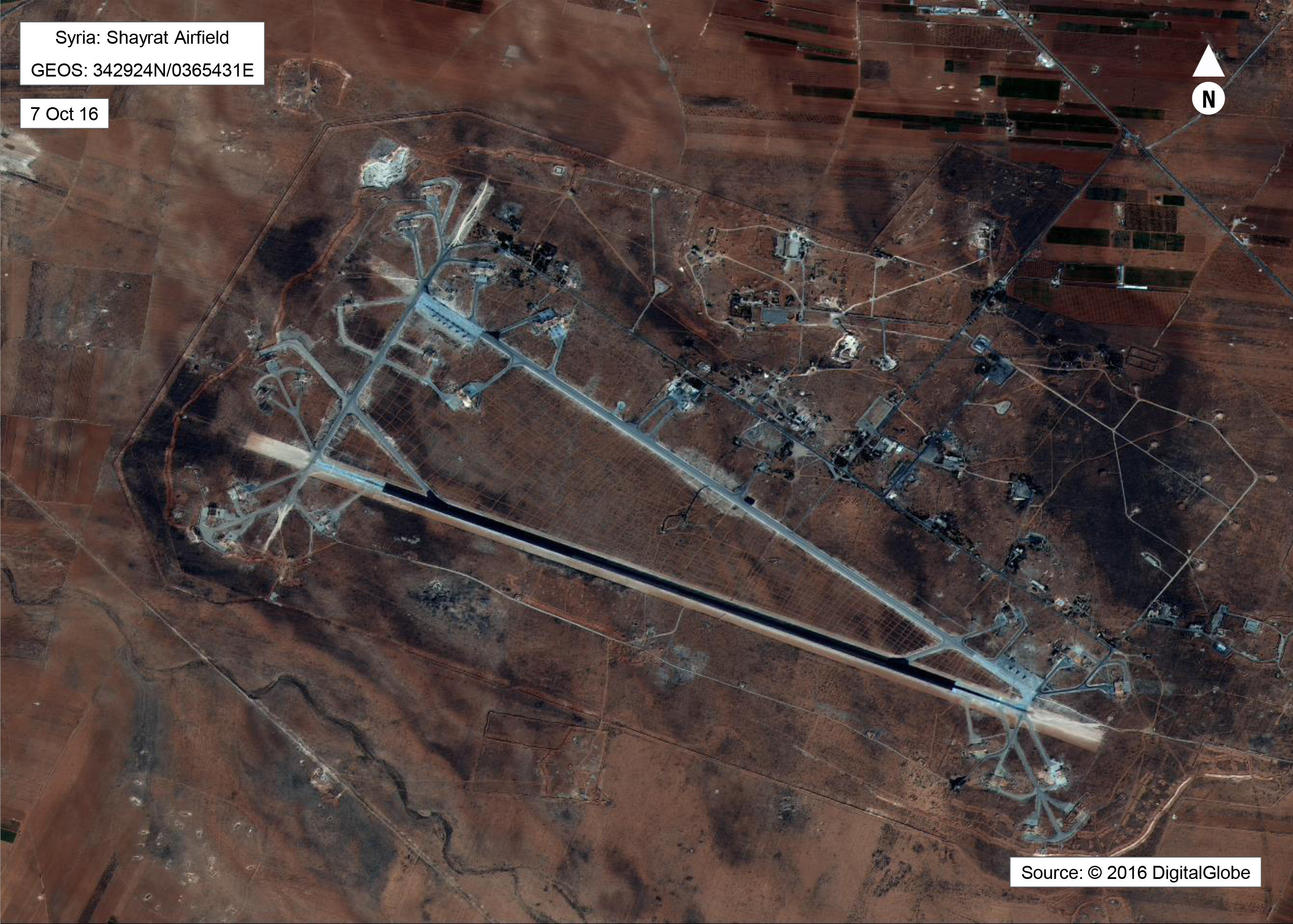 Gen. Joseph Votel, commander of U.S. forces in the Middle East, said in a press conference Tuesday that the cruise missiles had hit 57 of 59 aim points, which is different from a previous claim. Defense officials told CBS News on Friday that 58 of the 59 missiles launched from two U.S. warships on Thursday hit the Shayrat Airbase as intended.

Six Syrian warplanes have since relocated to an air base called al Assad, which is the primary field the Russians have used since September 2015, Martin reports. This marks the first time since then that Syrian aircraft have used that field.

Last week’s strike was the first U.S. attack on Syrian President Bashar Assad’s forces since war engulfed his country six years ago, and the first major military operation ordered by President Donald Trump. The missiles targeted the air base’s airstrips, hangars, control tower and ammunition areas, U.S. officials have said. They were fired from two warships in the Mediterranean Sea, in retaliation for a deadly chemical attack last Tuesday.

In a briefing from Baghdad, Col. John Dorrian, spokesman for the U.S.-led coalition fighting the Islamic State of Iraq and Syria (ISIS), said there have been no threatening moves against American troops in Syria by either Russian or Syrian forces since the strike, Martin reports. That includes Manbij, where U.S. and Russian forces are in visual range of each other.

Russia’s top diplomat, Sergey Lavrov, accused the U.S. on Wednesday of carrying out an unlawful attack against Assad’s forces, the Associated Press reports. Lavrov, who is U.S. Secretary of State Rex Tillerson’s counterpart, said Russia was trying to understand the “real intentions” of the Trump administration.

Tillerson and Russian President Vladimir Putin are meeting Wednesday in Moscow. Putin said ahead of the meeting that U.S.-Russian relations have worsened during Mr. Trump’s presidency.

Putin’s comments came as an intense day of diplomacy began for Tillerson, who is visiting Russia for the first time since he was named to lead the U.S. State Department.