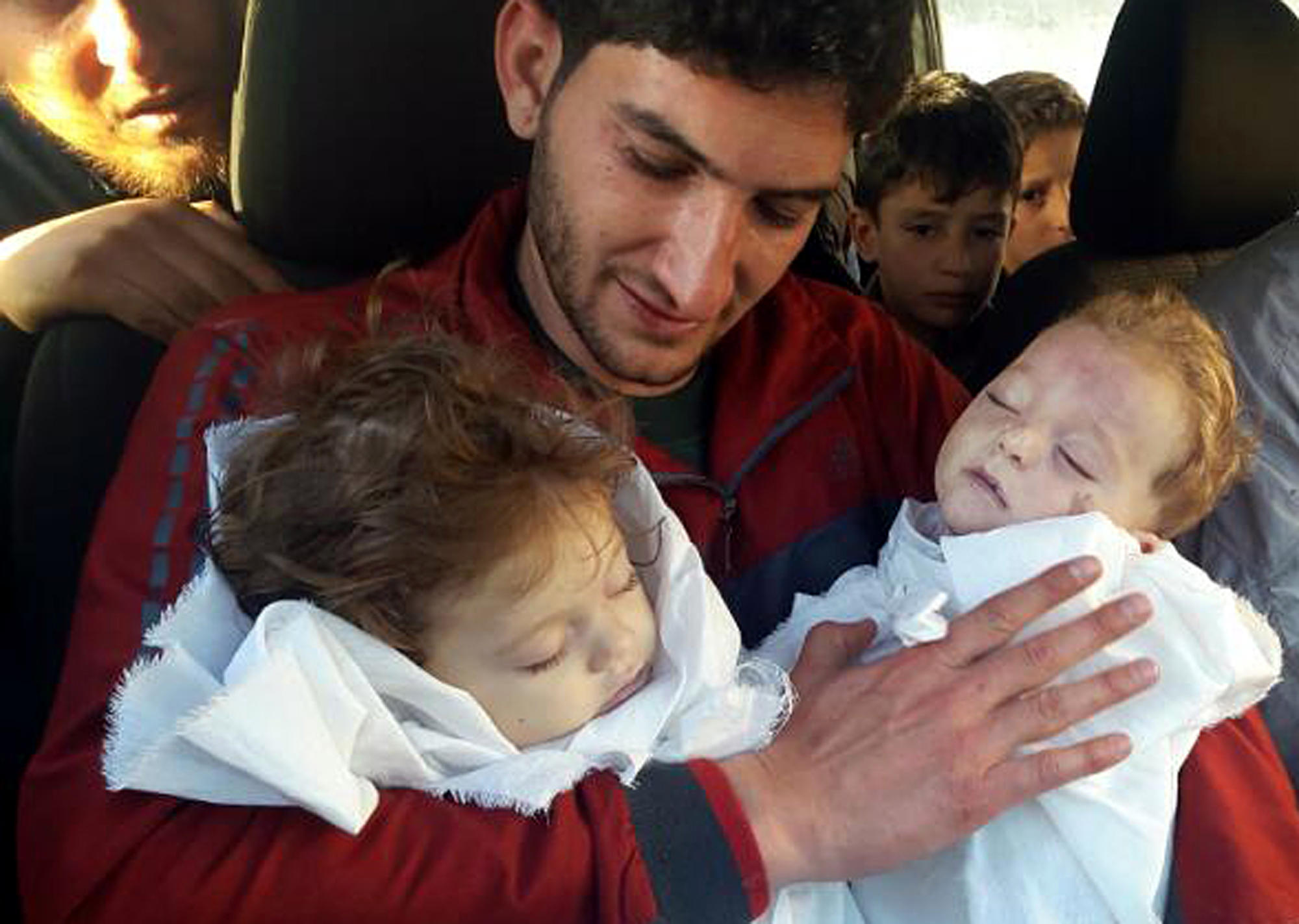 ANTAKYA, Turkey -- Abdel Hameed al-Youssef has become the face of Syria’s civil war -- a young man captured in a photo soon after losing 29 of his family members, including his wife and his twin babies.

“They were both really smart,” al-Youssef told CBS News’ Holly Williams. “I wanted my daughter Aya to be a doctor, and Ahmed was going to be my sidekick.

He buried them on Wednesday, the day after a suspected chemical attack on his town in northern Syria, Khan Sheikhoun.

Now in Turkey, al-Youssef told CBS News that he chose to carry his babies in his arms to be buried, “because that’s how I carried them when they were alive. I loved them so much, and I know they loved me too.”

He said he buried his son and daughter -- not yet a year old -- next to each other, and told them not to be scared.

Even in the cruelty and chaos of Syria’s six year-long civil war, the attack on Khan Sheikhoun stands out for its brutality.

Witnesses say a bomb fell from the sky that didn’t explode, but left them struggling to breathe. Multiple videos posted online in the aftermath of the attack show some victims foaming at the mouth, and suffocating to death. More than 80 people were killed.

It happened on Abdel Hameed’s second anniversary with wife Dalal. They earned a living in their war-torn country farming wheat and olives.

We asked him whether he believes the U.S. missile strike on the base said by American military officials to have been the origin of the attack on Khan Sheikhoun will make any difference.

“I thought that it was a good start,” he told Williams. “But the regime airstrikes haven’t stopped.”