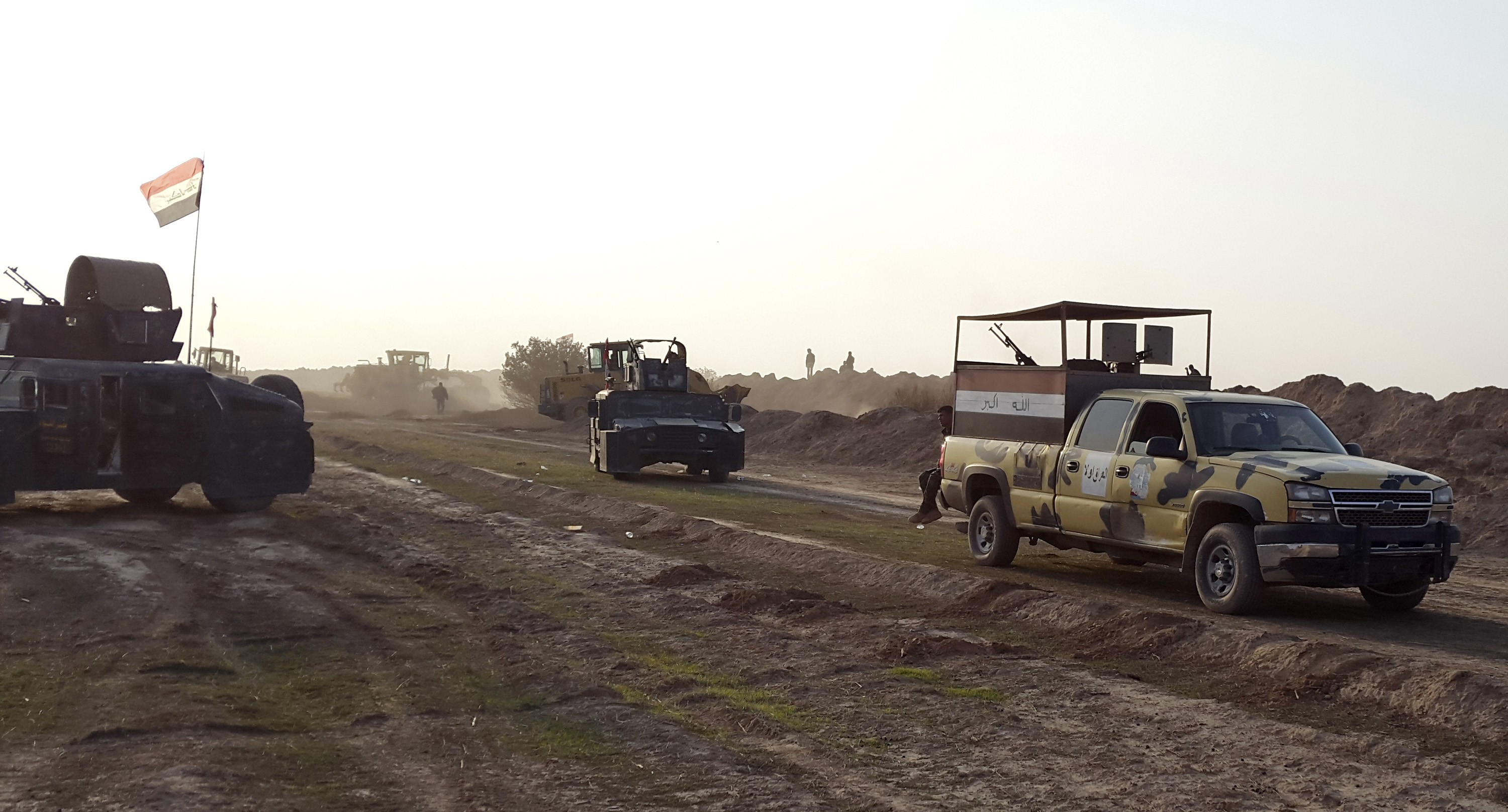 BAGHDAD - A day after Iraq's prime minister said his country's ground forces were battling the Islamic State of Iraq and Syria (ISIS) "almost on our own," the U.S. Ambassador in Baghdad was quoted as saying U.S.-led airstrikes have killed "more than half" of the terror group's leadership.

The Al Arabiya News Channel quoted Ambassador Stuart Jones in an interview published Thursday as saying U.S. estimates were that "the airstrikes have now killed more than 6,000 ISIS fighters in Syria and Iraq."

Jones reportedly told the network the statistics were "not so important in themselves," but argued "they do show the degradation of ISIS."

On Wednesday, Iraqi Prime Minister Haider al-Abadi appealed for more aid for the country's beleaguered ground forces, which have yet to score a decisive victory against ISIS despite five months of U.S.-led coalition air raids.

In an interview with The Associated Press, al-Abadi praised the coalition's air campaign but said the international community had stalled on commitments to train and equip the ground forces needed to retake major cities.

"There is a lot being said and spoken, but very little on the ground," Al-Abadi said.

He spoke as he was leaving for London to take part in a meeting Thursday on the war effort with foreign ministers from about 20 countries, including Arab states. U.S. Secretary of State John Kerry was also in attendance.

Speaking in London, Kerry said the U.S. and its allies had, in the space of four months, "stopped ISIL's advance in Iraq, having negated their resources, their capacity to move foreign fighters, to a significant degree, and changed their operations as a result of what we've been able to do."Kerry acknowledged, however, that "we still have a lot of work to do."

The failure of the security forces was largely attributed to the sectarian policies of al-Abadi's predecessor, Nouri al-Maliki. Since assuming office in September, al-Abadi has reached out to the Kurdish and Sunni minorities and sought to revamp the armed forces, but the army has yet to retake much ground.

President Obama, in his annual State of the Union address Tuesday, pledged to work with Congress on a new authorization for military action against ISIS.

In November, Mr. Obama authorized the deployment of up to 1,500 more American troops to bolster Iraqi forces, which could more than double the total number of U.S. forces to 3,100. None have a combat role.

The Pentagon has made a spending request to Congress of $1.6 billion, focusing on training and arming Iraqi and Kurdish forces. According to a Pentagon document prepared in November, the U.S. is looking to provide an estimated $89.3 million worth of weapons and other equipment to each of the nine Iraqi army brigades.

"We are fighting very hard to find resources to purchase arms," al-Abadi said. "We are left almost alone to get these arms and munitions for the army, for our fighters, and we expect much more."

On a visit to Baghdad last week, Gen. John Allen, the U.S. envoy to the coalition, said that advise-and-assist teams are working to train and equip 12 Iraqi brigades to prepare them for retaking Mosul and the western town of Fallujah. But he said there is no timeline for an assault on those cities.

The U.S. and its coalition allies have carried out more than 1,000 airstrikes in Iraq since the campaign began in August -- as well as hundreds more in neighboring Syria.

France, Britain, Australia, the Netherlands, Belgium, Canada and Denmark have also launched airstrikes in Iraq but are not involved in the air campaign in Syria.

Iran has meanwhile provided aid to Iraqi forces, particularly the Shiite militias allied with the government, and has sent front-line trainers of its own. But it is not coordinating its efforts with the U.S.-led coalition.

Backed by airstrikes and aided by allies, Iraqi troops and pro-government militiamen have made limited gains.

Iraqi and Kurdish forces have pushed ISIS extremists out of parts of Diyala province on Baghdad's northeast fringe and Iraqi forces recently retook the oil refinery town of Beiji.

Further north, Iraqi and Kurdish ground forces retook the Mosul Dam in August with the help of U.S. airstrikes - an achievement that is now under threat. The Kurdish Regional Security Council said Wednesday that Kurdish peshmerga fighters launched a new offensive to secure areas southeast and southwest of the dam.

"Bombing from the air has been very, very effective," al-Abadi said. "We are very thankful for the air campaign to support our military, but I think you cannot achieve big things without a real fight on the ground."

From London, al-Abadi is to travel to Davos to attend the World Economic Forum.