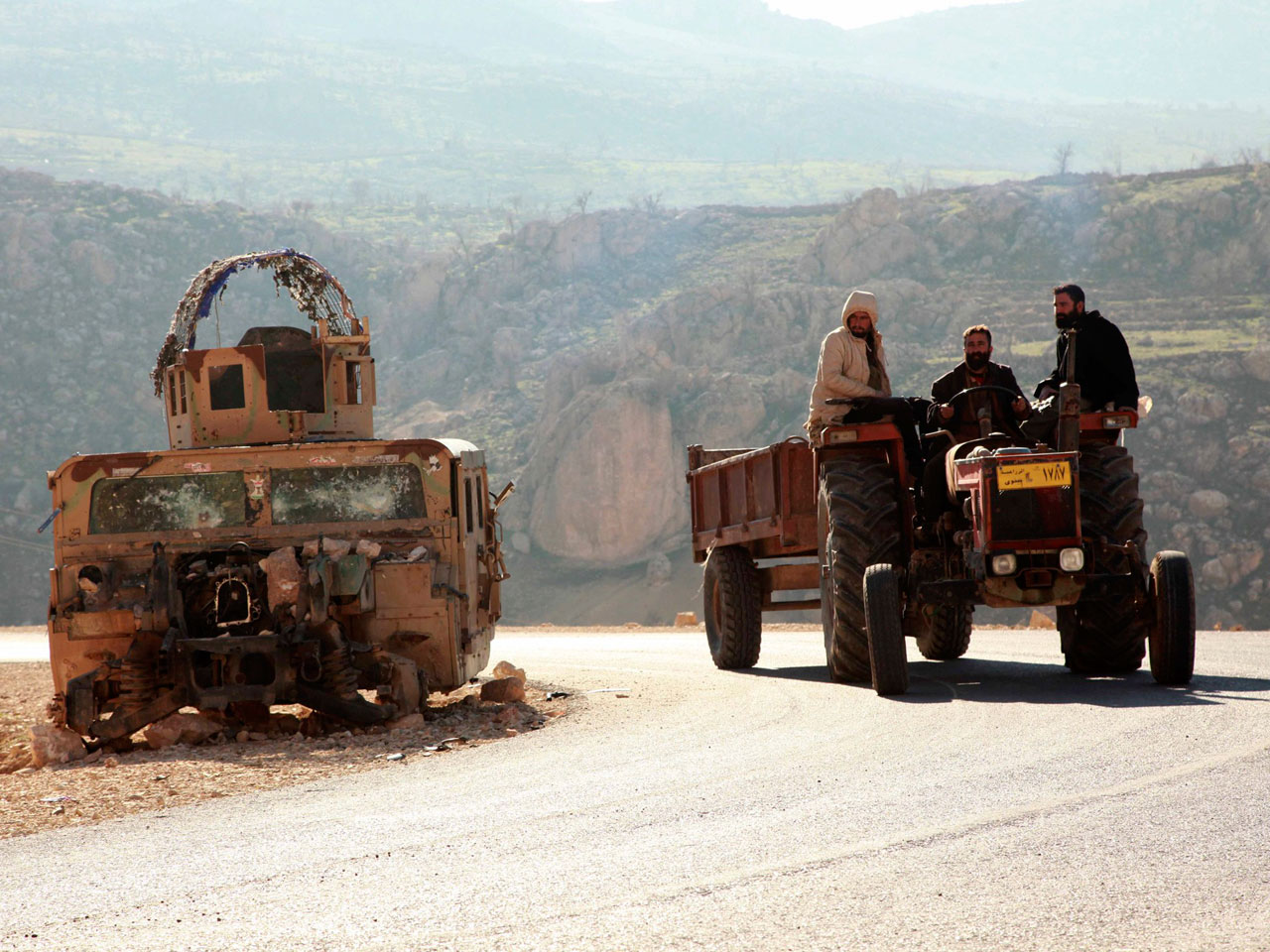 MOUNT SINJAR, Iraq - With coalition warplanes circling overhead, Kurdish fighters pushed into the contested northern Iraqi town of Sinjar on Sunday, touching off heavy clashes with Islamic State of Iraq and Syria (ISIS) militants who have controlled the area for months.

U.S.-led forces launched a total of 13 airstrikes against ISIS in Iraq and three in Syria, using fighter, bomber and other aircraft, the U.S. military said, according to Reuters.

Four of the Iraq strikes were near Sinjar in the north of the country, which destroyed ISIS buildings, tactical units and vehicles, while other Iraqi cities targeted included Tal Afar, Ramadi, Mosul and Baiji, according to the Combined Joint Task Force.

The strikes in Syria over the weekend were focused around the contested city of Kobani near the Turkish border, it said in a statement.

The battle for Sinjar and the surrounding areas has become the latest focus in the campaign to take back territory lost to ISIS during the militants' summer blitz that captured much of northern and western Iraq. ISIS also controls a large chunk of neighboring Syria.

Last week, Iraqi Kurdish peshmerga fighters launched the operation to retake Sinjar. So far, they've managed to open up a passageway to Mount Sinjar, a long, rugged mountain that overlooks the town. That push allowed some of the thousands of Yazidis trapped on the mountain since the town's fall in August to evacuate.

On Sunday, pershmerga fighters said they advanced into Sinjar itself. Loud explosions and intense gunbattles could be heard echoing from inside the town as U.S.-led coalition warplanes bombed Islamic State militants from the sky.

"We were fighting inside Sinjar. There were snipers everywhere inside," said 28-year-old Kurdish fighter Nabil Mohammed. "One of them fired a rocket-propelled grenade at us. I ran into a house and I was hit by a sniper's bullet in my thigh."

Mohammed spoke in a field hospital on Mount Sinjar, where he and many of the 20 wounded Kurdish fighters were brought for treatment. Ambulances rushed the wounded to the clinic. Inside, fighters wept as the body of one man killed by a sniper's bullet was placed into a body bag.

"Most of the districts are under our control," Barzani told peshmerga troops. "We will crush the Islamic State."

At least 15 Kurdish fighters wounded in Sunday's clashes were brought from the front-lines to a makeshift clinic on the mountain.

The spokesman for the Kurdish forces, Jabbar Yawar, said the fighters were still facing resistance from pockets of Islamic State militants still inside the town and that it is "far from cleared." He declined to provide more details on the ongoing operation.

Meanwhile, Iraqi counter-terrorism forces launched an offensive Saturday to retake the military airport near the town of Tal Afar from ISIS, said a Baghdad official, speaking on condition of anonymity because he was not authorized to talk to media.

Tal Afar is a mixed Shiite-Sunni city of some 200,000 located strategically near the Syrian border to the east of Sinjar.

In Syria, meanwhile, the U.S.-led coalition carried out at least a dozen airstrikes against ISIS-controlled towns in the northern Syrian province of Aleppo, the Britain-based Syrian Observatory for Human Rights said. The group monitors the conflict through a network of activists on the ground.

The Local Coordination Committees also reported the strikes near the town of Dabiq. There was no word on casualties.

Mainstream rebels as well as al Qaeda-linked fighters have been battling ISIS northeast of the city of Aleppo for months, while also trying to fend off an advance by Syrian government forces to encircle the opposition-held areas of the city.