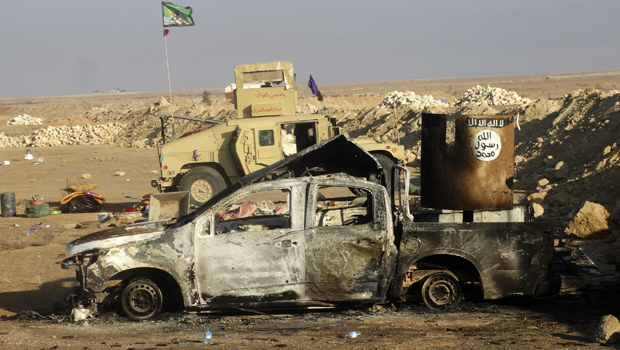 The U.S.-led coalition against the Islamic State of Iraq and Syria conducted nearly 30 airstrikes against the extremist group to close out 2014, the U.S. military said Thursday.

The latest airstrikes were carried out on New Year's Eve in Iraq and Syria, the Combined Joint Task Force said in a statement.

In Syria, the coalition conducted 17 airstrikes, destroying two of ISIS' tactical units and 12 of its buildings in Kobani, five checkpoints in Raqqa and a fighting position in Deir el-Zour, the task force said.

In Iraq, 12 airstrikes destroyed five of ISIS' tactical units and six of its buildings in Mosul and additional tactical units in Fallujah, Sinjar and Taji, the task force said.