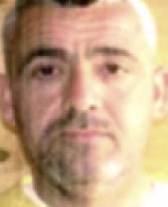 Earlier, Army Gen. Martin Dempsey, the chairman of the Joint Chiefs of Staff, told the Wall Street Journal that the military leaders were killed in strikes carried out in recent weeks that were designed to undercut the extremists' ability to arm its fighters and fund its operations.

"It is disruptive to their planning and command and control," Dempsey told the Journal.

Martin confirms that the senior ISIS leaders killed earlier this month were Abd al Basit, who was the top ISIS military commander in Iraq and Haji Mutazz, a top aide to the group's leader Abu Bakr al-Baghdadi. A November strike killed Radwin Talib, an ISIS "governor" in Iraq.

A U.S. intelligence source told CBS News that Mutaaz, though not the "number two" of ISIS as commonly reported, was a very high-ranking and significant figure in the group, particularly in Iraq. Other sources told CBS News that Mutaaz, also known as Fadel Ahmad Abdullah al-Hiyali, oversaw the governance of provinces in Iraq under ISIS control. Another source says he was recently given the title of Governor of Deir Azzour province in Syria.

Mutaaz, a Ba'athist, was a former lieutenant colonel in Saddam Hussein's Special Forces.

The Defense Department confirmed to CBS News that both Mutaaz and Talib were once prisoners at Camp Bucca, a U.S. prison in Iraq. At least 12 of ISIS's top officials, including leader Abu Bakr al-Baghdadi, served time there.