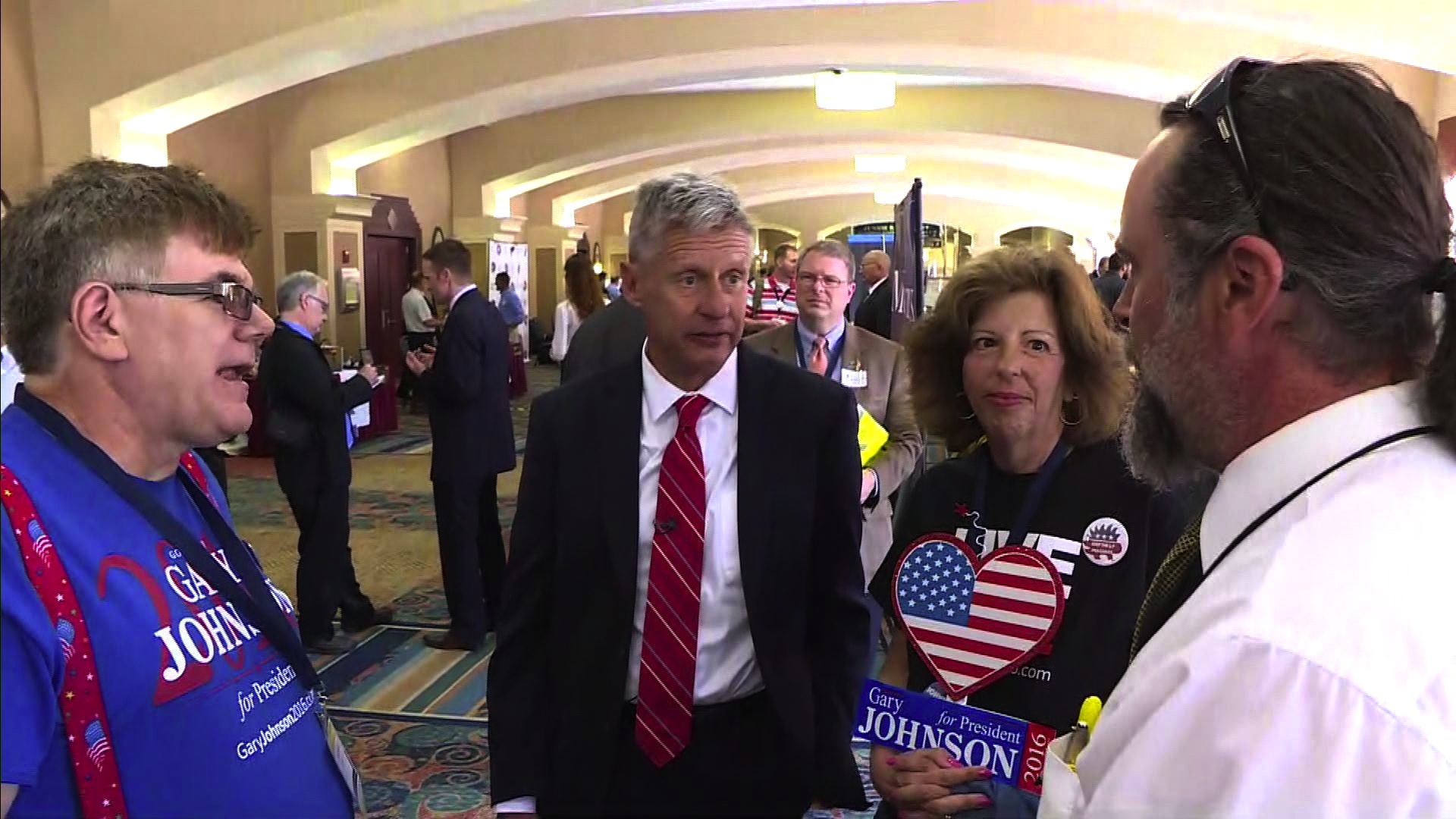 I like Gary Johnson.We had lunch about a couple months ago, a meeting arranged by his press team after I poked fun at him on Twitter. They were grateful for the attention - he wasn't yet the Libertarian Party's nominee - and we talked a lot about his gluten allergy and the pot lozenges produced by a company he used to run.

The lozenges give you a very pleasant high, he assured me. Unprompted, he said he knew this because he's tried them himself.

That's a lot of executive experience for any ticket, let alone a third-party one, and they'll probably get close to being on the ballot in all 50 states. Their opponents will be the two least-liked major party nominees in modern times, so no wonder a Fox News poll last month found them pulling 10 percent against Hillary Clinton and Donald Trump.

So why is it still so hard to take the Libertarians seriously?

Granted, Johnson is a bit of an oddball. But he's an endearing one, which is more than we can say about Trump and Clinton, two very strange people in different ways. And now that Bill Kristol's attempt at getting a viable conservative candidate in the race appears to have fizzled, Johnson seems well-positioned to take advantage of all that anti-establishment animus on both the right and the left. For his part, Johnson seems to think he has a good chance at winning over some Sanders voters, which is why he's out there telling reporters that he agrees with 70 percent of what the socialist candidate says.

Johnson is also the most press-friendly candidate in the race. Trump loves talking to the press, granted, but he also likes telling everyone that reporters are awful people. Clinton hates the press and doesn't really make an effort to hide it. Johnson, meanwhile, gives his personal cell phone number to just about any reporter who will ask, which must be a nightmare for his communications team. Got a question for Gary? Just send a text. He'll likely call you within the hour, and when he does, he'll be blunt.

The real problem with the Libertarians isn't Johnson; the problem is libertarianism. It's a philosophy with a deeply limited appeal, which libertarians themselves refuse to believe. Libertarian writers like my friend Nick Gillespie are fond of arguing that America is becoming more libertarian, not less, and that "politics is a lagging indicator" of its popularity. He has a point, particularly when it comes to social issues. But from an economic standpoint, there's not a lot to suggest that Americans are in the mood for small government and laissez faire capitalism.

Take the presidential race. There were 17 contenders for the GOP nomination and all of them, to varying degrees, embraced a traditionally Republican limited-government outlook save one: Trump, who ran on a platform of protectionist trade policies and mass deportation, rebuilding infrastructure, and fighting any attempts to limit entitlements. He's a big government guy, a fan of the kind of corporate welfare and eminent domain laws that libertarians loathe. He even played footsie with a single-payer health care system. And he will win the nomination of the Party that's supposed to be against all this government interference in the market.

Democrats, meanwhile, are on a real lefty kick. Clinton will win the Democratic nomination unless something truly astonishing happens, but Sanders is the guy who captured the imagination of the Democratic base and has gone farther than any self-described socialist politician in America since Henry Wallace. Clinton's incrementalist liberalism is on the defensive, and perhaps on the decline, in the face of a newly resurgent left that is deeply hostile to economic libertarianism. Sanders and Johnson may have their agreements when it comes to war and abortion and the like, but when it comes to fiscal issues, they couldn't be more diametrically opposed.

So we're left with three major-party candidates who embrace big government, which tells us more about the national mood than any poll ever will. Trump-style nationalism and leftism are both ascendant, and the next president will likely be a liberal who will push for a greater federal footprint.

You'd think that Johnson could take advantage of such an environment by appealing to a lot of Republican voters who may disagree with him on this or that but will vote for him anyway because he's the only guy left who wants to shrink the government. But a general opposition to abortion is one of the few binding agents the GOP has left, while Johnson and Weld and both pro-choice. That issue alone will likely keep plenty of traditional conservatives from pulling the lever for him in November.

Libertarians have insisted for decades that if more voters just heard their gospel they'd see the light and realize they were Libertarians all along. They'll get a real chance to prove that this cycle, but there's reason to remain skeptical.