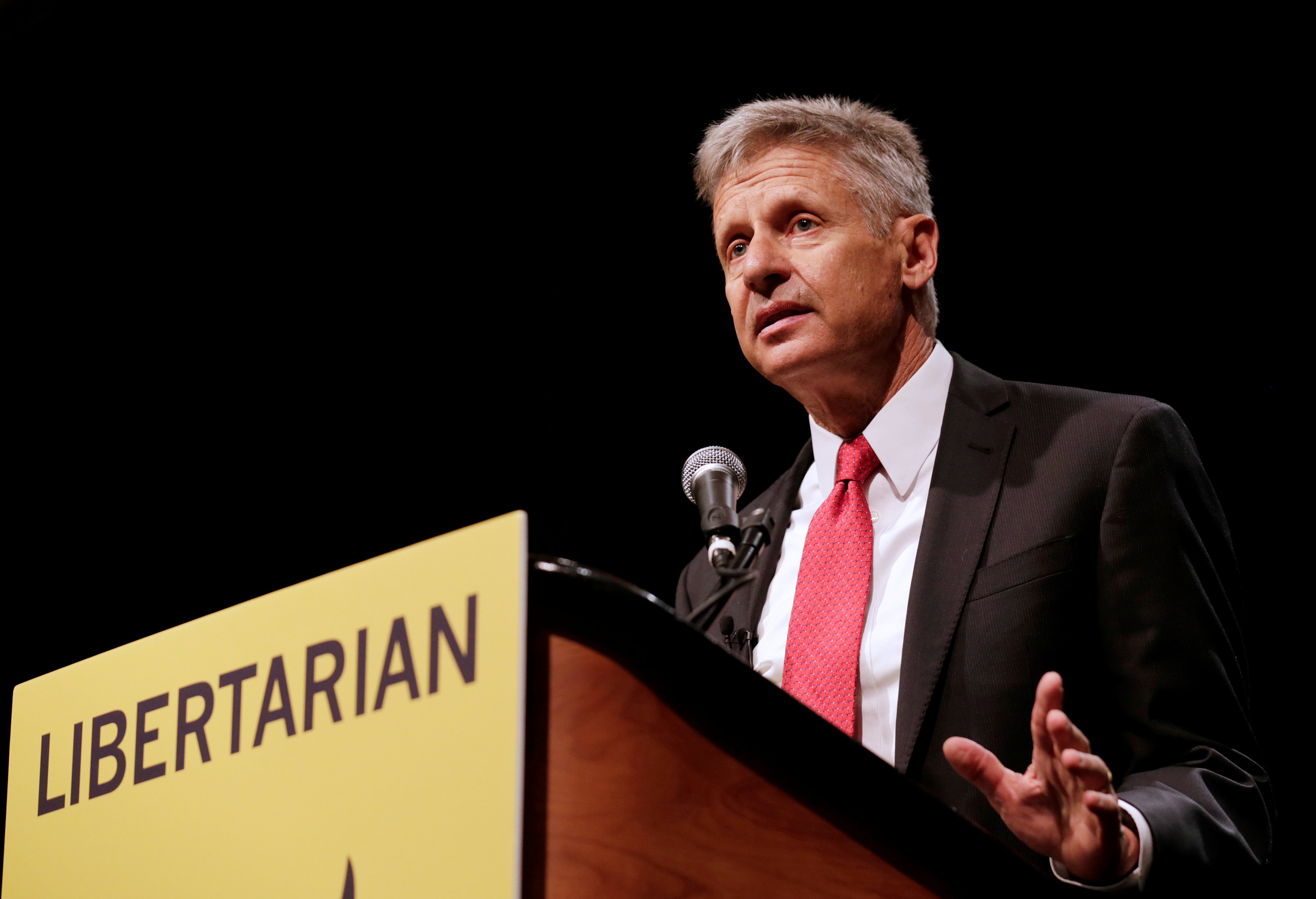 "Here we are, at some point didn't anybody get involved with the Libertarian party hoping this might someday happen? Was it going to be perfect? No. But it is here, it is now!" Johnson said in his acceptance speech before an audience of around a thousand delegates and attendees. He hopes to capitalize on the dissatisfaction with the presumptive Republican nominee Donald Trump and the likely Democratic nominee Hillary Clinton.

During the weekend convention, the former Republican governor and libertarian party's 2012 nominee emphasized a pragmatic message of electability and experience. In a few recent polls Johnson has hovered around 10 percent while the party's convention attracted record media interest.

He secured 55.8 percent or 518 votes out of 928 cast on the second ballot. His nearest competitor Austin Petersen won 203 votes or 21.8 percent of the total. Balloting proceeded to a second round after Johnson barely fell short of capturing a majority of votes in the first round.

The New Mexico Governor implored delegates to support his running mate Bill Weld of Massachusetts, another former Republican governor citing Weld's experience ability to get on television and raise money.

"There is a real possibility we can achieve major party status!" Johnson said in his speech on Sunday if the delegates select Weld.

Weld potentially faces a stiff challenge from delegates placing more importance on ideological purity and who are unsettled by the prospect of two former Republican governors on the ticket. In an intense moment on Sunday, Petersen confronted Johnson in front of a scrum of cameras over his choice of Weld branding him a "horrible statist."

Illustrative of the challenge posed by less pragmatic wings of the party, Johnson was booed several times during Saturday's presidential debate after he said he would have supported the passage of the Civil Rights Act of 1964 and when he said that he was in favor of the government requiring drivers licenses and testing.