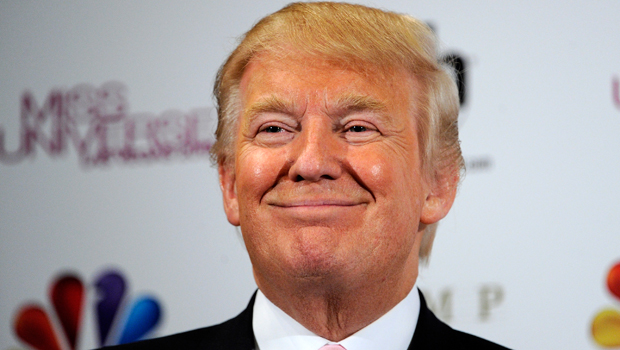 Let's say you're reading an article about a man who raised a pit bull for the purpose of entering it in dogfights. He teaches it to be mean, to attack mercilessly. He makes it strong, feeds it red meat. And then one day this pit bull mauls him. Would you have any sympathy for that man?

This is not a charitable way of looking at the conservative #NeverTrump movement, but it's what I keep returning to when I think about why it's been so unsuccessful. It's a movement led by conservative opinion leaders, media personalities, and Republican consultants -- the people who really run the GOP, or at least did before Donald Trump came along. The base they've stoked has turned on them, and they're upset. But they'd be a lot more sympathetic if they'd cop to the fact that they are largely responsible for his rise.

Whether you're right or left, there are endless reasons to oppose Trump. Remember that he is, among many other things, a vaccine truther. So you'd think that conservatives would have better luck standing up to him. Movement conservatism is a pretty coherent governing philosophy, and it's easy to see where he's deviated from the scriptures handed down by the likes of Burke, Friedman, Hayek and Buckley. The problem is no one, or rather very few people outside Washington's many right-wing think tanks, seem to be getting all that exercised about his heresies.

Shouldn't this produce a little soul searching on the right? You'd hope so, but we've seen very little of it. They've lost control of a party they've dominated for decades, but #NeverTrump, broadly speaking, doesn't seem all that curious as to why. The conclusions, they suspect, would be uncomfortable, so better to focus on devising new ways to hit Trump.

Having failed at stopping Trump from securing the nomination, now they're looking for a new candidate. Or that's what they're saying, anyway, even as this supposed search for an acceptable conservative alternative looks less and less like a serious effort and more like a publicity vehicle for "Weekly Standard" editor Bill Kristol. Does anyone really think this independent option has a chance of coming together? That you can dust the mothballs off Mitt Romney and suddenly turn him into a contender, or that voters are itching for a kamikaze candidate to act as a spoiler?

"Trump is a closet leftist!" they yell. Okay, fine. Now tell me how you let him beat you -- explain how the base vulgarian, the poster child for crony capitalism, the shock-jock-loving misogynist who barely even bothers to pretend he's a Christian took your party away.

Oh, is it the media's fault? He does get a lot of coverage, but it's rarely flattering. The conspiracy theory du jour is that the media propped him up through the primaries just to tear him down in the general. For one thing, this gives the media a lot of credit: we're not that competent, and certainly not that organized. For another, it really underestimates the loathing much of the press corps has for Hillary Clinton. And last time I checked, there's no shortage of conservative outlets that could've stood in Trump's way. Many of them tried. It didn't work out.

Interestingly, a conspiracy theory like that reflects a certain anti-elite paranoia among conservatives, a tendency that's become particularly pronounced in the Obama years. There's been an idea pushed by conservative media -- sometimes overtly but more often by implication -- that the president is actively trying to undermine the country. That he hates America and wants it to fail.

Like a lot of paranoid fantasies, it's seductive: my enemies are real, they're evil, and that's the reason bad things happen. It was also a very dangerous idea to inject into the public, this notion that the elites aren't just incompetent but actually traitorous. But many professional conservatives helped disseminate it, out of the mistaken belief that all that anti-elite animus would benefit them. And then Trump came along with a similar but more appealing message -- Obama is out to get you, but so was George W. Bush, and so are all those fuddy-duddy Republicans in Washington. They're all out to screw you. I'll protect you. Vote Trump.

With perhaps the exception of Ron Paul, Trump was the first Republican politician on the national stage to really attack Bush's legacy. He said Bush was a start-to-finish calamity, and voters agreed. Before that, right-wing critiques of Bush had been mostly tepid: he spent too much, all these wars abroad were launched with the best intentions but may be regrettable in hindsight, etc. He wasn't really conservative enough, and neither was Congress, and that's why we need to primary all these damn RINOs ("Republicans in name only"). Millions flowed to groups like the Club for Growth, which looked to make any compromise with Democrats a fireable offense.

The resulting polarization and gridlock was supposed to help Republicans, the party that insists that government doesn't work. Instead, fed-up voters looked to Trump, despite the efforts of groups like the Club to oppose him. The government doesn't work, Trump says, but he can make it work again. He won't try to take away your entitlement programs like Bush did. He'll just fix them somehow.

It's a nothingburger of a platform. What does #NeverTrump propose as an alternative? Essentially warmed-over Bushism with an extra emphasis on entitlement reform, a cause in search of a constituency to support it. Or at least that's what Republican #NeverTrump Sen. Ben Sasse basically laid out in his much-ballyhooed Facebook post declaring that he wouldn't support his party's nominee.

That might be giving Sasse's mini-manifesto too much credit, as it was really just a collection of rote conservative talking points combined with an appeal for more civil discourse. It's a message voters keep turning down -- the GOP last won the popular vote in 2004, and before that they hadn't won it since 1988 -- yet most of the movement conservative apparatus seems convinced that they're just selling it all wrong.

Maybe. Or maybe it's time for the professional conservatives opposing Trump to have a serious discussion about how they got here. To reckon with how they've done business and whether they still have a message with mass appeal. To reexamine their thinking, confess their sins, and seriously ask why ideas that are supposedly so beneficial to everyone -- from free trade to social security privatization -- just don't seem to resonate with the electorate.

Or they can stick with their #NeverTrump hashtag activism, dreams of media persecution, and insistence that the voters botched this one but will happily return to the fold in 2020.

At this point, we should assume they'll go with the latter option, which is a shame. A group of people standing up on principle against impossible odds is supposed to be compelling. This is not. In fact, it's getting dull.