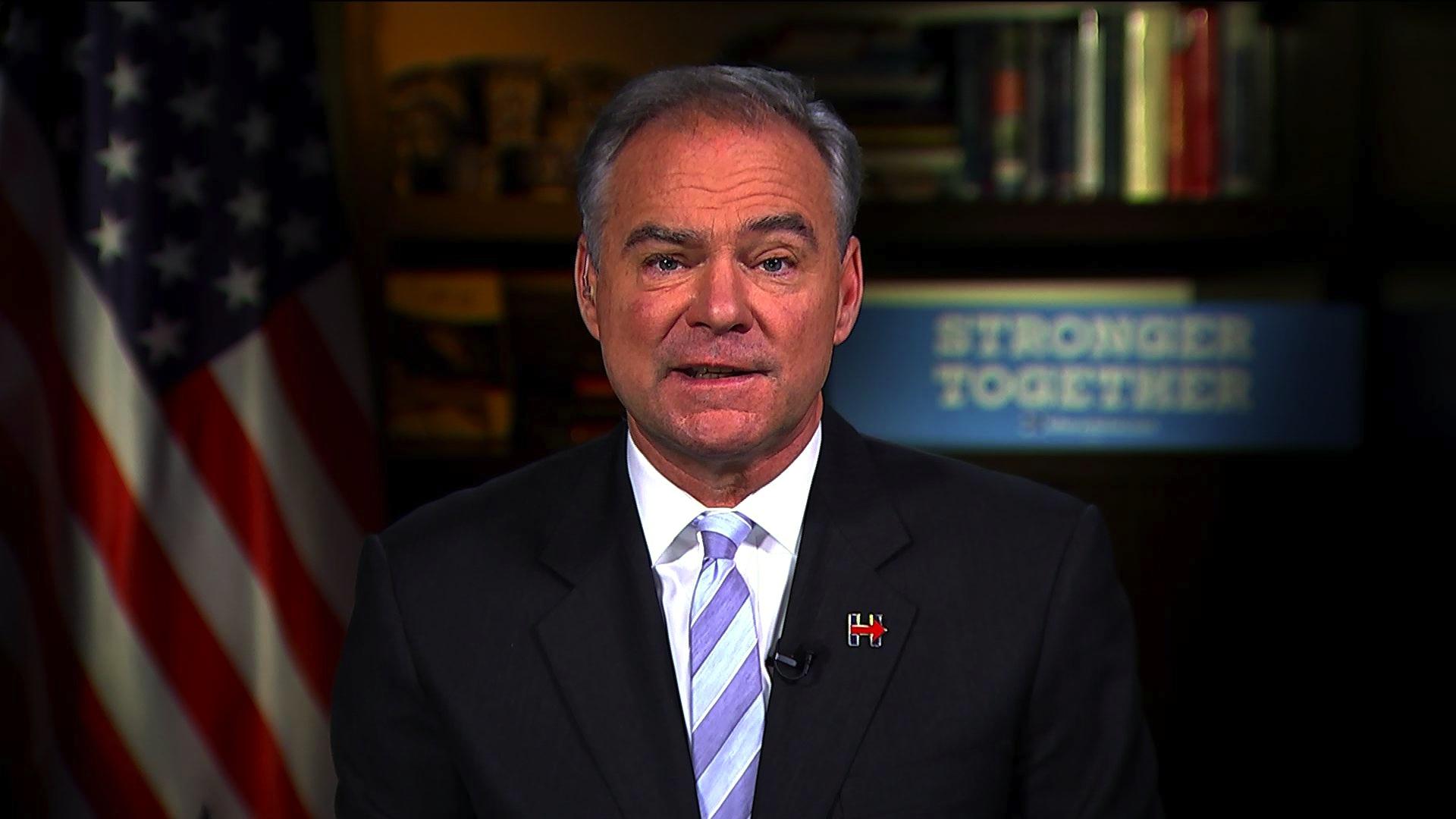 “When a foreign nation tries to destabilize an American election -- which is what Donald Trump encouraged back in late July [when] he said, ‘Hey, Russia, go see if you can cyber hack and find things that will help me win’ -- but when a foreign government tries to do this there has to be a consequence,” Kaine told CBS’ “Face the Nation” Sunday, noting that he hadn’t yet spoken with Clinton about the issue.

“There will be time for figuring what that consequence is,” he added. “But you can’t let it go unchallenged because if you do you just could encourage more of it.”

Kaine once again rebuked Trump for seemingly egging on Russian hackers, recalling Trump’s words during earlier this year when the GOP nominee urged foreign powers to “find the 30,000 emails that are missing” from Clinton’s private email server.

“I don’t think it’s funny when you have a nation like Russia that has engaged in activity to destabilize elections in countries,” Kaine said, offering up examples of Ukraine and Estonia. “And somebody running to be president of the United States shouldn’t be encouraging another nation to cyber hack the U.S.”

The veep candidate, repeating Clinton campaign statements from earlier this week, also warned that the emails released on the WikiLeaks site could be fabricated.

“You can’t assume that they’re all accurate,” he cautioned.

“One of the emails that came up this week referred to me,” Kaine said, pointing to an email that showed he was slated for the vice presidential slot months in advance of when it was announced. “It was completely inaccurate. And I don’t know whether it was inaccurate because the sender didn’t know what he or she was talking about it or it had been doctored.”

“Anybody who was going to try to cyber-attack and then try to destabilize an election, you can’t trust that they’re going to maintain scrupulous honesty about the content of what they’re dumping out for the world to see,” Kaine said.

But when “Face the Nation” host John Dickerson pointed out that Donald Trump’s tax return (published in the New York Times) -- over which the Clinton campaign has attacked the businessman -- was similarly leaked, Kaine pushed backed.

“The Clinton campaign made a lot of hay about Donald Trump’s tax returns which was also disclosed without his knowledge or willingness,” Dickerson said. “So why aren’t you making hay of that and now they’re making hay of this?”

“Well, they can choose how to run the campaign,” Kaine replied “If they want to make hay, they can. But here’s one thing we ought to demand of Donald Trump -- every time this comes up that these WikiLeaks Russia documents are connected to Russia, he is the only one standing on the stage to defend Russia.”

“I’m not saying Trump is wrong to be talking about this,” he continued, before turning to the GOP candidate’s tax documents. “Donald Trump made a promise to the voters in 2014, ‘If I run I’m going to release my tax returns.’ And secondly, as you know, that is the precedent for all in the modern era to release them.”

Kaine commented further on Trump’s behavior towards women and the recently resurfaced accusations of sexual assault against Bill Clinton.

“Bill Clinton is not on the ballot,” Kaine said. “This is a race between Donald Trump and Hillary Clinton. And second, look, I don’t reach a conclusion about any particular allegation. But you do have to look at Donald Trump’s own words and actions. The tape that came out two Fridays ago that was -- kind of created this bombshell was not somebody else saying something about Donald Trump.”