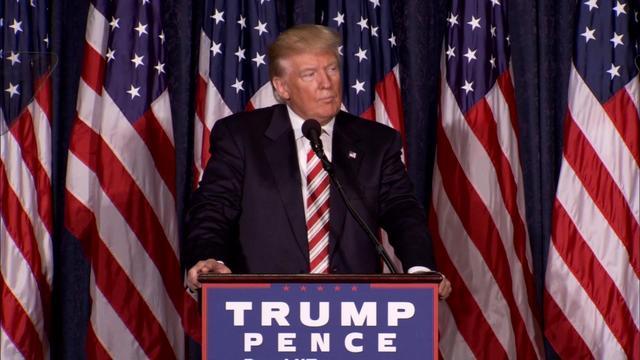 As Republican nominee Donald Trump’s campaign tries to move past a recently released 2005 tape of his lewd remarks about women, more video of similar comments made by Trump is surfacing. Meanwhile, women are coming forward with some damning new claims to refute his insistence that comments about groping were, “just words.”

As Republicans fight to hold onto their Senate control, Democrats are angling to pick up at least five seats this November, but a net gain of four would divide the upper chamber 50-50 between the the two parties next year. Evenly split senates are rare in the U.S. If it does happen again, the next vice president -- Tim Kaine or Mike Pence -- becomes a much more powerful figure.

Believe it or not, North Carolina residents have been voting for a month already. In-person early voting starts Oct. 20, but absentee voting is well underway and while it’s still early to read the tea leaves, a pattern has emerged that doesn’t bode well for Donald Trump, or down-ballot Republicans.

Rakeyia Scott’s husband was killed by Charlotte, North Carolina police while waiting for his son to arrive home from school. Police say he was armed with a gun, but his family says he was not. Now, only on “CBS This Morning,” Keith Lamont Scott’s widow is speaking out about what she witnessed that day.

The average two-parent household in the U.S. spends $11,850 to raise a child in his or her first year -- nearly 20 percent of the family’s income. Such a big number might make you think having a baby is impossible financially. But with some savvy planning, you can do it.

Go ahead and scoff at retailers pushing Thanksgiving-themed table ware and Christmas ornaments. Wait much longer to buy holiday plane tickets, however, and you may not have much money left over to purchase anything else. We look at how vital shopping early is to finding the lowest holiday air fares.

Washington, D.C. isn’t typically regarded as a destination for fine dining, but that’s about to change. Michelin inspectors visited hundreds of restaurants in the capital, but just 107 will be listed in the city’s first Michelin Guide. We ask Michelin’s top U.S. inspector what goes into picking entries for the “holy grail” of restaurant guides.

Pilot, student had altercation in cockpit before deadly crash

Pence goes farther than Trump on Iran deal; vowing to “rip it up”

Judith Light on her Off-Broadway play, “Transparent” and flu shots